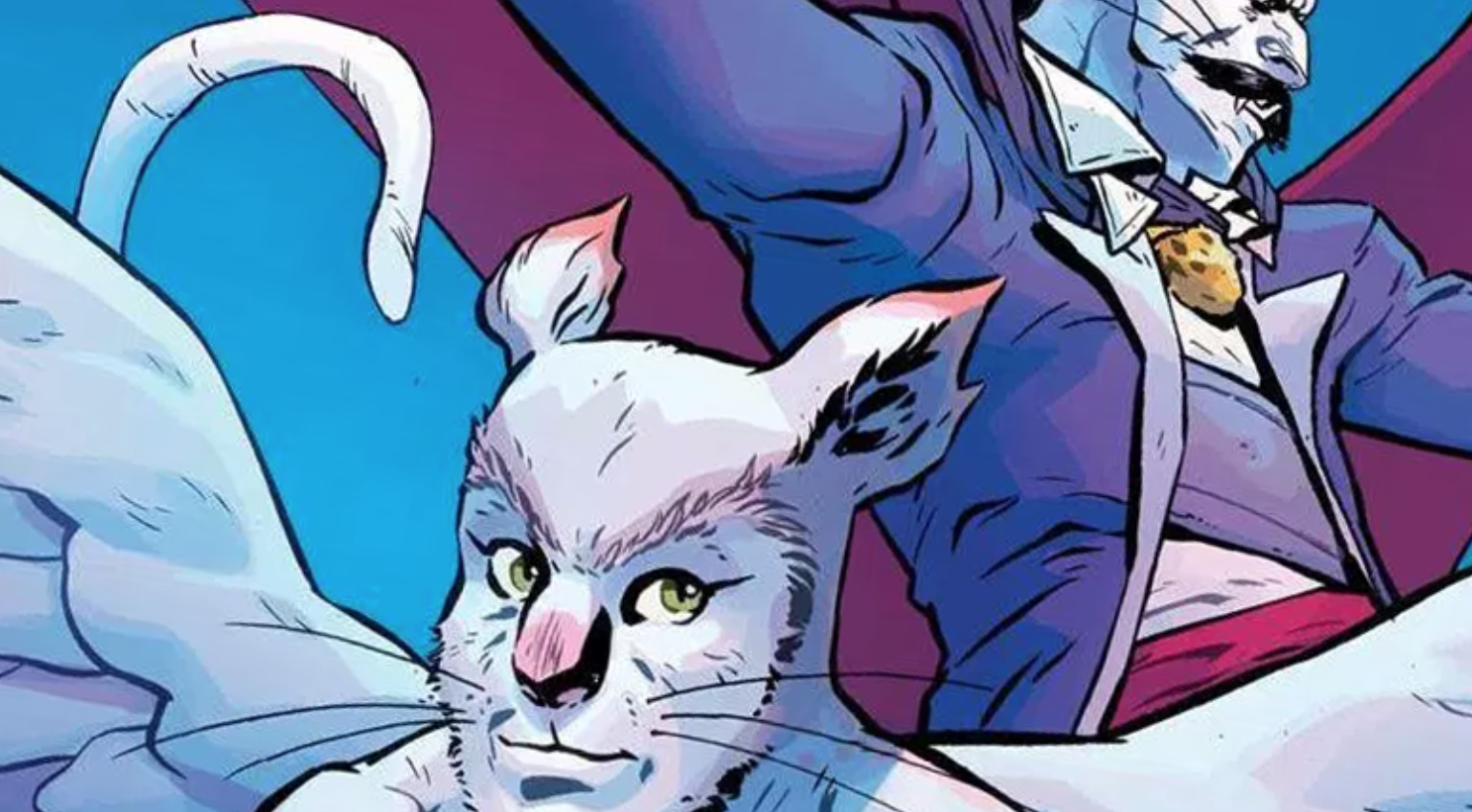 Margaret Atwood released volume two of her new-born comic book series, Angel Catbird, that begins with a brief recap of volume one before returning to the adventurous cat tale. This time, Atwood opens up an interesting discussion surrounding basic human and animalistic instincts, while tying in a gendered commentary in Angel Catbird Volume 2: To Castle Catula.

The story’s protagonist, Strig Feleedus, who’s half-cat, half-bird, and half-human, is joined by his love interest Cate along with a hungry half-cat, half-bat vampire and their feline gang in stopping Professor Muriod’s extermination of cats and birds. To do so, they decide to make their way to Count Catula’s cat-friendly castle where they can safely strategize against Muriod and his rat takeover. Keeping in mind that Feleedus is still naive to the whole “cat-birdness” of his new anatomy, Atwood plays with Feleedus’s character – and the epic genre – by extending out the plot with the unbeknowst arrival of Atheen-owl, a “descendant of the Ancient Greek Goddess of wisdom, learning, olives, and pitched battles.” After an angry “cat-fight” between Atheen-owl and Cate over Feleedus, both women decide to call a truce and fight on the same side against Muriod and his rats – despite the fact that owls have been known to prey on cats.

Interestingly, Atwood tames the animalistic tension between Cate and Atheen-owl to work together, while Feleedus’s sense of feral impulse is heightened to the point of danger and is in need of a heroic rescue. Professor Muriod deceptively creates what he calls “The Drat” – a drone rat – with every part designed to invite Feleedus to a rat chase that his instincts cannot resist – especially given its “catnip and rotting salmon aroma.” In doing so, Muriod catches Feleedus in hopes that he should receive the gene-splicer formula that he originally had Feleedus create in volume one (of which he plans to use on his rats to become rat-women). By the end of volume two, Cate, Atheen-owl, and Neferkitti (a playful allusion to Nefertiti the Egyptian queen), are illustrated together in fierce, combat fighting positions to take on the mission of saving Feleedus from imprisonment.

As Atwood takes on her own version of the epic genre, the comic is heavily intertextual with satirical references to a Latin poet, the history of Egyptian goddesses and cats, and I couldn’t help but note an overlap with the revisionist fairytale genre, specifically in relation to Professor Muriod’s caged rats and Count Catula’s house of wives. The latter subplot made me think of Angela Carter’s The Bloody Chamber, and I’m interested in how Atwood will unravel the contrast she presents between a blatant, villainous predator who seems intent on dominating rat-women, versus a vampire’s need to consume the blood of his maidens to survive. The contrast ties in well with the tension between ethical, human instincts and natural animalistic tendencies, with a slight elbow nudge to gender.

From my reading of volume one, Atwood’s superhero seemed to be pointed at Feleedus – given his new and powerful identity – however it looks like volume two has subverted that particular male-heroic angle. Volume three, which is scheduled to be released in July of this year, looks like it will bring forth a new narrative of heroine legends.