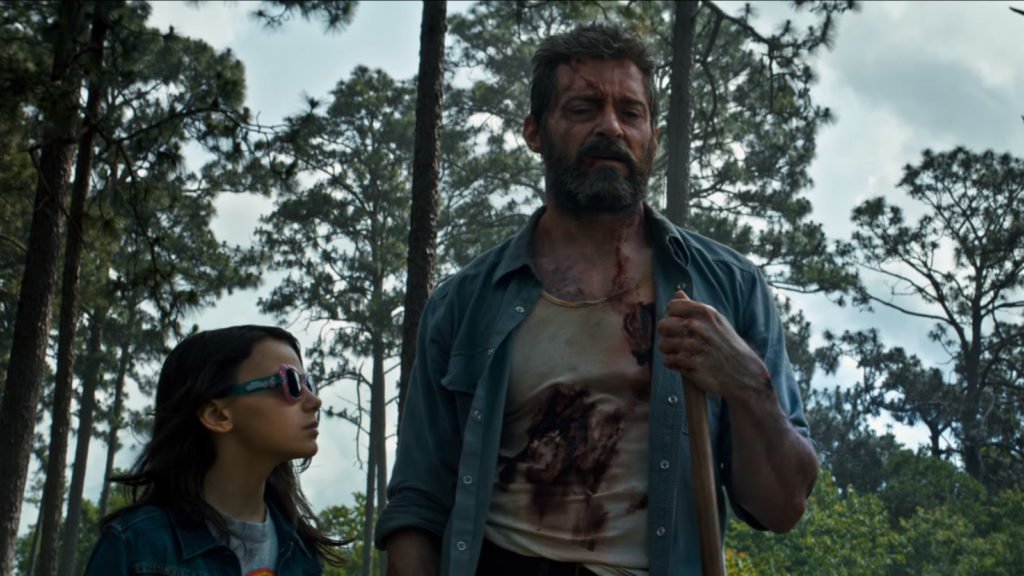 It’s a good month to be a geeky movie fan. The March movie list begins with the coolest of all the X-Men then rolls through King Kong’s origin story before we see a separate beast learning how to love. Then we meet a new team of Power Rangers before ending the month with a manga adaptation. There are other less exciting movies too. All will be covered in our March movie preview.

March 3rd– Before I Fall, Logan, The Shack

Before I Fall is like a young adult version of Groundhog’s Day. Zoey Deutch plays Sam, a teenager who finds herself reliving her last day over and over. Each time it ends in her death. Surely she learns some valuable lessons reliving that day. But the trailers just make me want to watch Bill Murray in Groundhog’s Day.

It turns out The Shack is not about Shake Shack. I had my hopes up for a minute. The film begins as a sort of thriller with Sam Worthington playing a father who loses his young daughter. While grieving, he is invited to a mysterious place called the shack. It turns out the invitation came from God, played by Octavia Spencer. So the thriller looks to turn inspiring before the end.

I’m still holding out for Hugh Jackman to change his mind. But he swears Logan is going to be his last turn as the iconic member of the X-Men, Wolverine. In this film Logan and Professor X (Patrick Stewart) have grown old. But a mysterious young mutant turns up being pursued by villains. So Wolverine has to leap into action once more.

King Kong is an icon of film. From the 1933 stop motion take to the 1962 rumble with Godzilla to Peter Jackson’s three-hour epic in 2005. Kong will always be back. Kong: Skull Island is the latest with explorers and soldiers visiting Kong’s home island unaware of the monsters, and their king, that reside there. The cast is a good one. Tom Hiddleston, Samuel L. Jackson, Brie Larson, John C. Reilly, and John Goodman all receive top billing. The film has been getting some strong buzz for months. It’s finally time to see if it delivers.

March 17th– Beauty and the Beast, The Belko Experiment

It’s a good thing Emma Watson likes books because after making her name playing bookworm witch, Hermione, in Harry Potter, she plays the fairytale princess bookworm, Belle, in Beauty and the Beast. The live action remake has an all-star cast playing the iconic characters. Dan Stevens is the Beast. Luke Evans is Gaston. Plus the castle residents include Emma Thompson, Ian McKellen, and Ewan McGregor. Brush up on the lyrics to the songs now. I’m sure the people sitting near you in the theater will appreciate it when you sing along.

We all get annoyed with our co-workers from time to time. But The Belko Experiment is just twisted. The film was written by James Gunn, who wrote the Dawn of the Dead remake and is the creative force behind Guardians of the Galaxy. Though Groot is nowhere to be seen. 80 people in an office building are locked in and told that they must kill each other in order to be released. The trailer bills the movie as a mix between Battle Royale and Office Space.

CHiPs, the motorcycle cop drama from the 70s and 80s comes to the big screen with a different feel to it. Dax Shepard wrote, directed, and stars in the film that turns the story into an over-the-top action comedy. The usually funny Michael Pena stars alongside Shepard. The adaptation is in the same vein as the 21 Jump Street films. The trailer has a lot of laughs. So that’s a good sign.

In movies, discovering life on Mars can really only go two ways. First, it could be a happy occasion representing a huge scientific discovery. Or it could mean that most of the supporting characters are going to die. Life seems to be the latter. Starring Jake Gyllenhaal and Ryan Reynolds, a team of astronauts aboard the International Space Station are investigating a sample from Mars. But as that tiny sample grows and becomes more aware, it starts killing people.

Hollywood, reboot a team of teenagers with attitude. Those paraphrased words of floating head mentor, Zordon could mean we’re getting a great big-budget retelling of the seminal 90’s kids action show, Power Rangers. Or maybe it won’t live up to the hype. The trailers have shown Elizabeth Banks’ turn as villain Rita Repulsa and Bryan Cranston as Zordon. Also the diverse cast are playing The Breakfast Club with super powers. I am cautiously optimistic. It’s the Power Rangers after all!

March 31st– The Boss Baby, Ghost in the Shell, The Zookeeper’s Wife

Some movie plots sound ridiculous when read out of the context of the movie. The Boss Baby is one such example. A Dreamworks Animation project starring the voices of Alec Baldwin, Tobey Maguire, and Steve Buscemi, it revolves around a briefcase-carrying baby. After claiming that puppies are stealing the admiration formerly directed toward babies, the boss baby leads a mission to take down the evil company, Puppy Co.

A lot has been said about Scarlett Johansson being cast as the usually Asian lead of Ghost in the Shell. But we haven’t heard much yet if the film is actually any good. The story’s original name in Japan is “Mobile Armored Riot Police.” That’s a bit more descriptive than the American title. But the basic premise of the story has a cyborg policewoman battling it out against a computer hacker.

Jessica Chastain plays the titular character in The Zookeeper’s Wife. As the Nazis invade Poland in World War II, Chastain’s character and her family act to save the lives of not only the animals in their zoo, but as many of the persecuted Jews as possible.

So that’s the list of March movies receiving a wide release. Like I said in the intro, I’m excited about this group. My picks have to be two of the big action flicks. Hugh Jackman is the best. As bummed as I am to see him retract the claws for the last time, I’m excited to see his gritty turn in Logan. I’m less sure about the Power Rangers remake, but it will be fun to see all the new performances of the characters I’ve been watching since childhood.