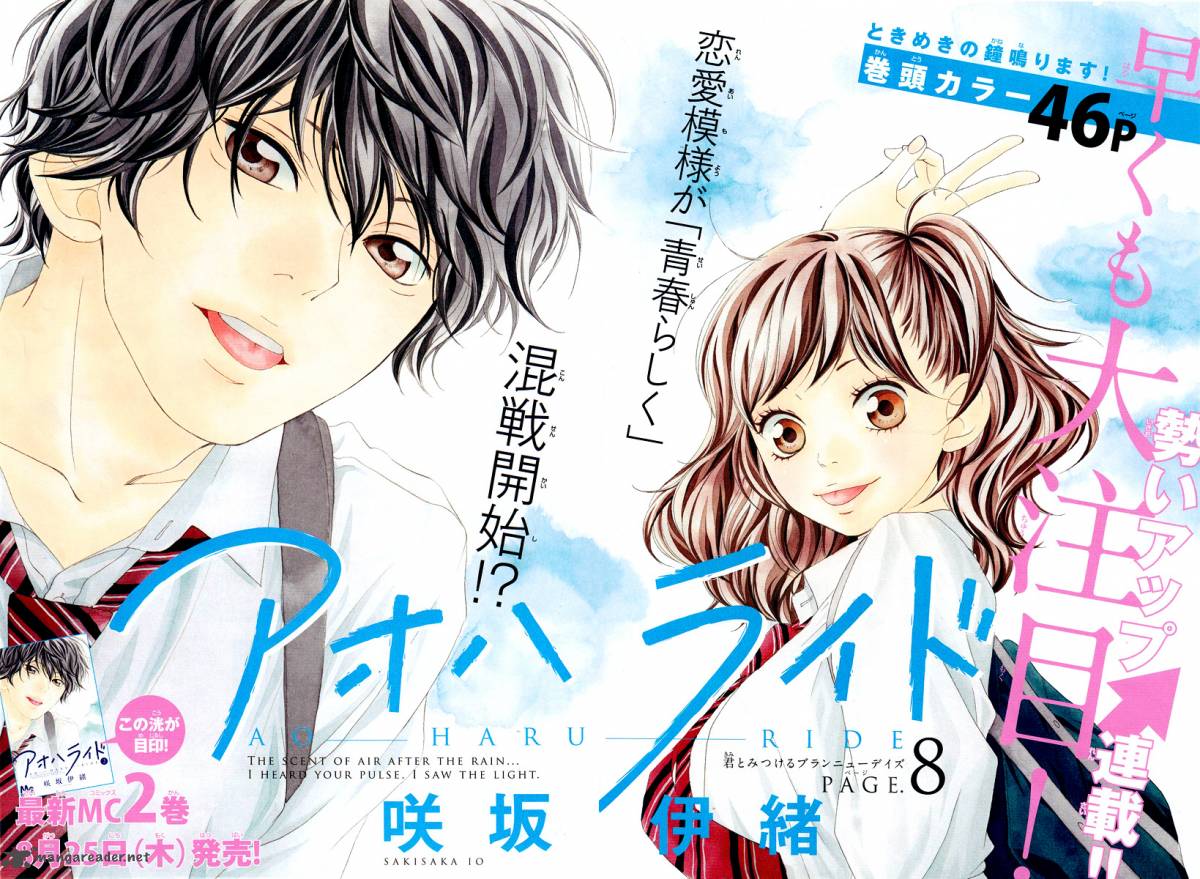 The weather is getting colder and snow has been settling in many of our towns on a regular basis. If you were someone who liked to take walks, that time has surely passed. So, what’s a good alternative? Well, reading of course! There is so much to choose from to read this season, so let’s focus on manga. If you like teen romance and cute, fun anime titles, I compiled a list of my top three favorite shoujo manga to snuggle up to and read while the weather gets increasingly more frightful.

Kimi ni Todoke (translated: From Me to You) 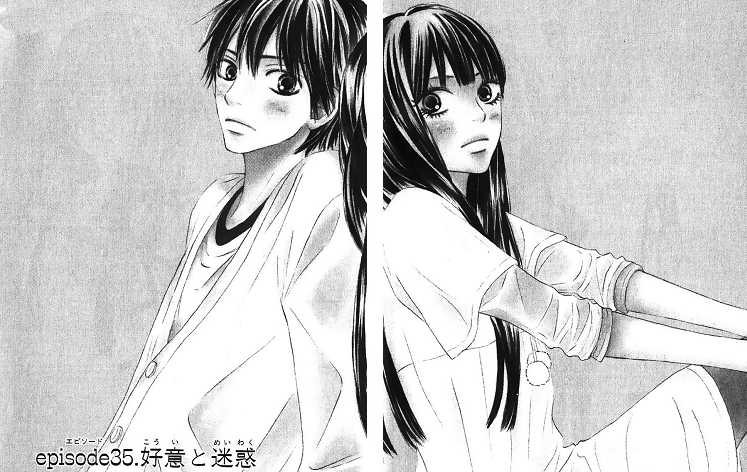 This title is a huge fan favorite and has been around for quite a while, so if you’re already a manga fan, chances are you’ve already read it. Don’t let that stop you from a good re-read, though! If you haven’t read Kimi ni Todoke, here’s a quick lowdown of what it’s about:

“Kuronuma Sawako is completely misunderstood by her classmates. Her timid and sweet demeanor is often mistaken for malicious behavior. This is due to her resemblance to the ghost girl from “The Ring,” which has led her peers to give her the nickname Sadako. Longing to make friends and live a normal life, she is naturally drawn to Kazehaya Shouta, the most popular guy in class, whose “100% refreshing” personality earns him great admiration from Sawako. So when Kazehaya starts talking to her, maybe there is hope for the friendships Sawako has always longed for. Maybe… there is even a little hope for some romance in her future.”

This manga is super sweet, and the anime is fun to watch, too. The only thing I didn’t like about the series was how slow the buildup was for the two main characters’ romantic relationship. Give it a try, though. It’s a really good one. 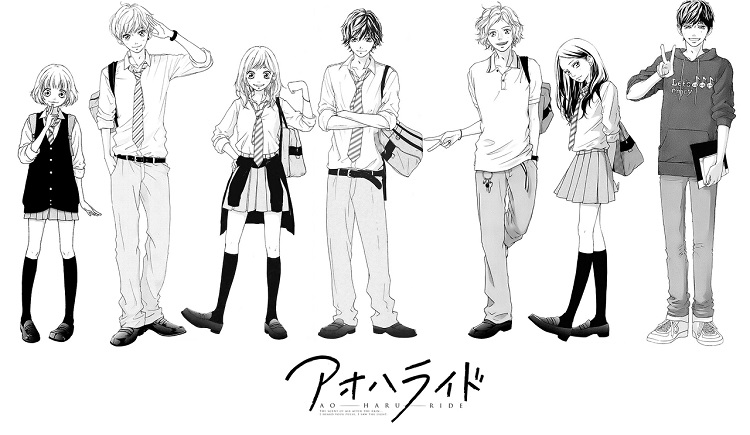 This one is by far one of my favorites. This is also a huge fan favorite, and for good reason. Unlike the slow pace and frustratingly slow buildup of Kimi ni Todoke, Ao Haru Ride is pretty fast-paced and packed with romance, love triangles, and drama. If you don’t know what it’s about, check out this summary:

“Yoshioka Futaba has a few reasons why she wants to “reset” her image and life as a new high school student. Because she’s cute, she was ostracized by her female friends in junior high, and because of a misunderstanding, she couldn’t get her feeling across to the one boy she has ever liked, Tanaka-kun.

Now in high school, she is determined to be as unladylike as possible so that her friends won’t be jealous of her. While living her life this way contentedly, she meets Tanaka-kun again, but he now goes under the name of Mabuchi Kou. He tells her that he felt the same way as she did when they were younger, but now things can never be the same again. Will Futaba be able to continue her love that never even started from three years ago?” 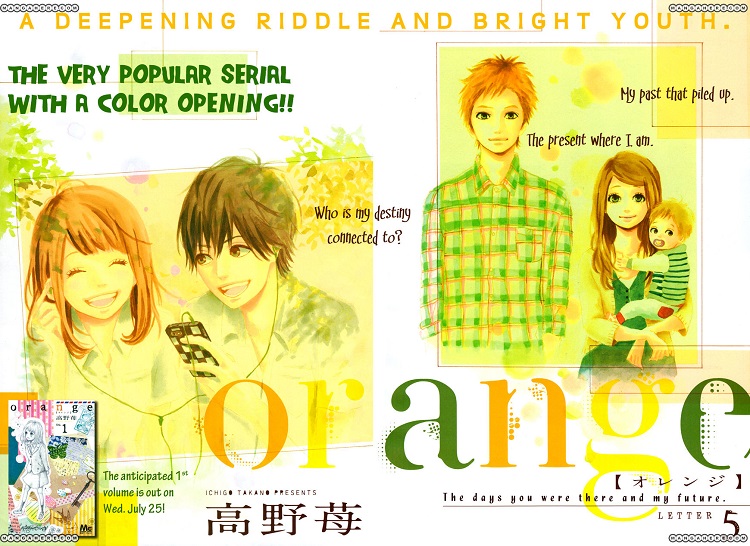 Orange is short and oh so sweet, much like its title. It’s relatively new, as it came out last year. I read it when it came out on the Crunchyroll manga app and couldn’t put it down. It’s a touching story about friends and love. Here’s a good summary:

“One morning, Naho Takamiya receives a letter in the mail claiming to be from herself 10 years in the future. The letter reveals a series of events that are supposed to take place that day. At first, Naho thinks it’s just a prank; but when the letter mentions a transfer student named Kakeru Naruse, who really ends up transferring into her class later that day, she is forced to believe in its contents.

As Naho continues to read the letter, her future self mentions several regrets, urging Naho to take the right decisions now. Somehow these regrets all seem to be connected to Kakeru, and with the burden of the knowledge that the boy wouldn’t be with her and her friends in the future, will Naho be able to make the perfect choices that will alter what seems to be fate?”

Something about shoujo manga makes me happy this time of the year. One year in high school I binge-read Fruits Basket during my Christmas break, and it was glorious. I highly recommend that to anyone who can do it. So, enjoy the cold weather by staying inside and under a warm blanket (or kotatsu, if you’re fortunate enough to have one outside of Japan) and reading a sweet romantic manga, like Kimi ni Todoke, Ao Haru Ride, or Orange.