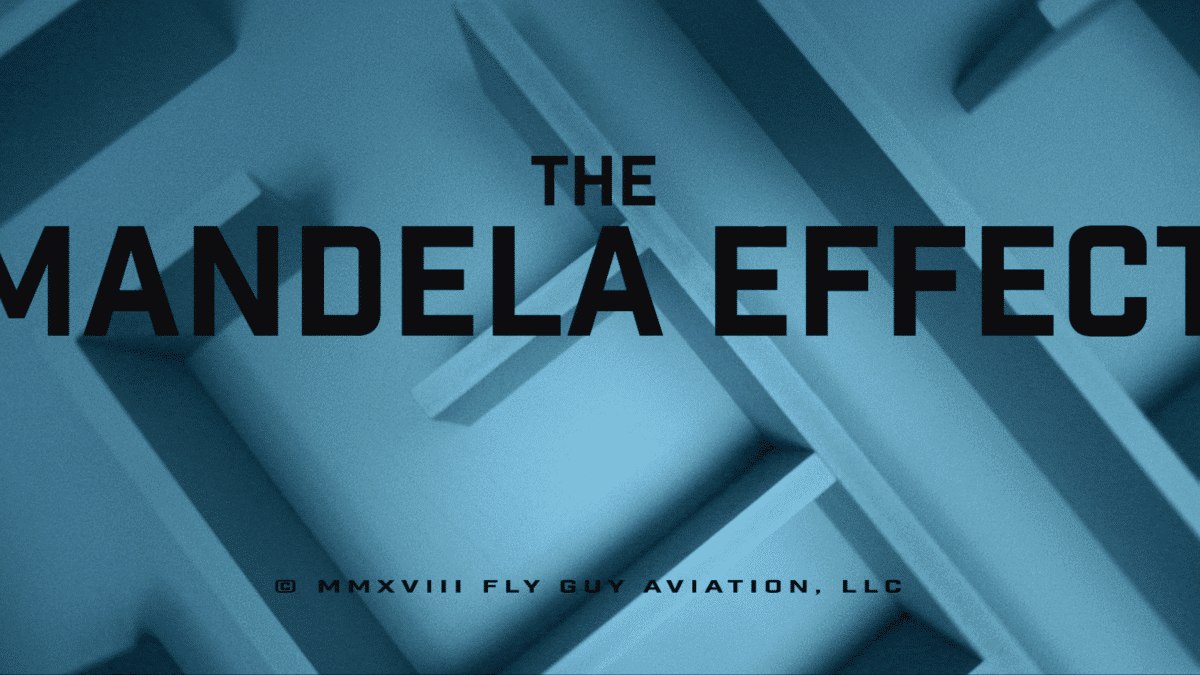 Most of us have known for awhile that a movie regarding the Mandela Effect was in the works. With the ever growing “popularity” of the Effect and more and more people realizing that they are “Effected,” we knew it was just a matter of time.

However, since so many books and independent movies seem to try to make fun of or debunk the Effect, many of us were more than slightly trepidatious about the prospects of The Mandela Effect film. As you probably know, I’ve written quite a few articles on the Mandela Effect and I truly believe that it is something much more than simple “misremembering.”

So, I wasn’t really looking forward to this movie myself.

Would it point out some of the major changes and simply go with the “always been that way” answer?

Would they portray the protagonist as bat-shit crazy?

Would they attempt to explain the Effect? If so, what answer would they go with?

Well, the movie releases December 6 and after the newest trailer released coupe of weeks ago, I have to say that I’m more than a little intrigued.

And so are many others around the web.

Upon the death of his daughter Sam (Madeleine McGraw), computer programmer Brendan, played by Charlie Hofheimer (Mad Men and 24: Legacy), not only starts seeing and hearing his daughter in strange little “glitch” type incidents, he starts noticing odd little changes throughout his world.

In the short trailer, Hofheimer’s voiceover combined with scene previews seems to convey the exact feeling many of us had upon discovering this particular rabbit hole.

“How would you feel, if you could no longer trust your own memory?”

Yeah, definitely been there.

We see Brendan touch on the following popular ME topics:

And then we see him Googling and finding websites and others who have experienced the same thing, leading him to The Mandela Effect.

Deeper Down the Rabbit Hole

Great, the first minute and a half of the trailer has me hooked. The more people aware of the Effect the better, is how I figure it.

Then, writer/director David Guy Levy throws in a couple of spins that make me excited, yet still a bit leery. From what I’m seeing around the web, there’s a lot just like me. Genuinely excited and looking forward to seeing it, but scared that it’s going to ultimately portray us in a negative light.

Levy touches on the possibility of a multiverse and seems to truly try to convey how it feels to discover that Einstein was right and that “reality is merely an illusion, albeit a very persistent one.”

Brendan’s wife asking him “Do you know how crazy you sound right now” was something I’ve heard a few times myself. However, just like my own wife’s experience, she quickly changes her tune when she starts seeing strange things too.

Levy really seems to either be Effected himself, or did a lot of research before writing this screenplay. So I’m hopeful that we’re going to see a piece of art crafted by a true “fan,” so to speak.

In addition to the multiverse possibility, he touches on “Glitches in the Matrix,” aka a holographic world/universe, and because Brendan is a computer programmer, he starts looking at the possibility of “hacking” the system.

This is where I started getting kind of nervous. Look, I know the movie has to have some sort of ending, but quotes like “It’s no small thing, shutting the world down” and “Ideas are dangerous things” makes me worried that there’s going to be some sort of Agent Smith or power behind the program revealed.

I could dig it if Brendan hacks the system and gets his daughter back. I’m even ok with the idea of him just blinking out of existence or glitching really hard and the movie just ends LOL. (just kidding Levy, please don’t do it).

Really, I will be happy with just about any ending as long as it doesn’t try to make the Effected look like metal patients. If Brendan wakes up from a coma at the end and it was all a dream or it’s the delusions of a man who killed his daughter or something, I’m likely to be upset and disappointed.

We’ll just have to wait and see.

However, I’m betting that Mr. Levy found a unique way to end the movie and that’s always a huge plus in my book. I’m really looking forward to this one.

The good news is, I’ve actually requested an interview with David Guy Levy and perhaps he’ll give a little insight on how he came to write this, and whether we’re going to see Agent Smith or not.

Check out the trailer below and be sure to see The Mandela Effect in theaters December 6.