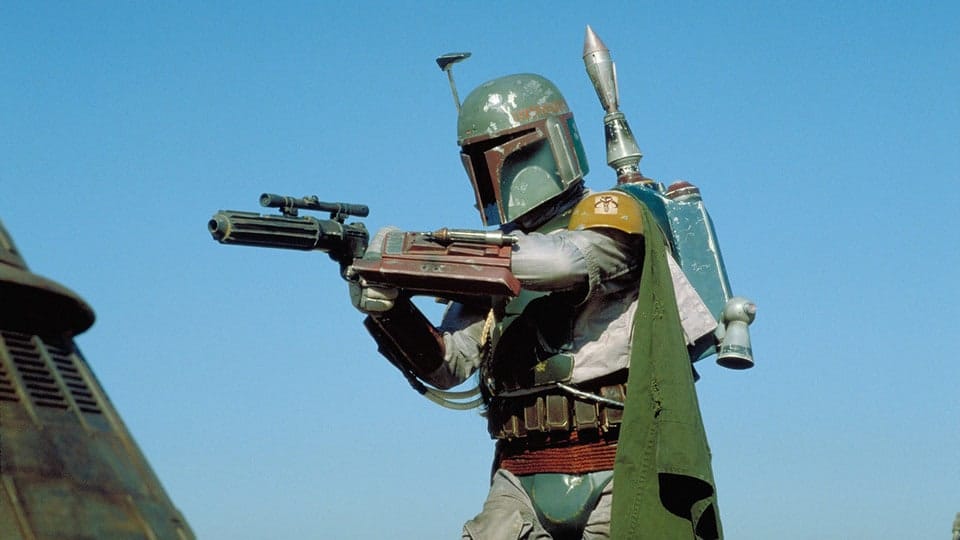 **Warning – this article contains spoilers for Disney+’s The Mandalorian.

Thanks to lead actor Pedro Pascal, we now know exactly who our new favorite bounty hunter is, and it’s not who fans were hoping for…

The Mandalorian’s first 2 episodes have left fans, including your’s truly, clamoring for more and scrambling to dissect and decipher every nuance of the show. However, one of the central mysteries of this new entry into Star Wars cannon has just been solved.

Disney+ and Lucasfilm seemed to be going the extra mile to keep The Mandalorian’s true identity a secret for as long as possible. However, in the interview below with ScreenSlam, Pascal broke more than a few fanboy’s hearts when he revealed that “Mando” is not Boba Fett in new armor.

That’s right, the badass bounty hunter doesn’t appear to be related to Boba at all as his name is Dyn Jarren (spelling has not been confirmed). He went on to describe his character as “your iconically cool, flawed, mysterious, loner gunslinger that harkens to the best of the samurai movies and westerns.”

There’s simply no denying that The Mandalorian feels like the original trilogy and that there are plenty of nods to them throughout the premier and subsequent episode that we’ve been privy to so far. Even though it’s clear that these events occur after the fall of the Empire and before the rise of The First Order, there’s also been a few subtle hints that this could be setting the stage for future events…. i.e. the new trilogies.

Just as the future of the Star Wars universe remains to be seen, so does the past of this “new” Mandalorian. So far, he has only been referred to as “the Mandalorian” or Mando, and we’ve only been told that he lost his parents during a Separatist attack in the Clone Wars, leaving him an orphan.

Some time after that, Dyn was taken in by a Mandalorian clan that is led by a new Mand’alor. When he reveals that he wants the bounty of beskar steel to help other “foundlings,” it gives us the distinct understanding that he has an apparent affinity for other orphans. Of course, that is punctuated even more when he takes out a fellow “guild” member in order to protect the instantly recognizable youngling. 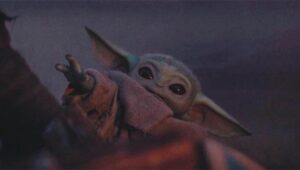 After the First Order

Just think about it. If this little fella is 50 years old, that would probably make him equivalent to a teenager around when The First Order movies occur. Is Jon Favreau, Disney, and Lucasfilms giving us a little foreshadowing for some of the upcoming movies that will be set a little further in the future?

“The force is strong with this one.”

If you haven’t seen The Mandalorian yet, the third episode comes out this Friday and you can catch a new one every week at the same time. Until the 8-episode run is over of course.