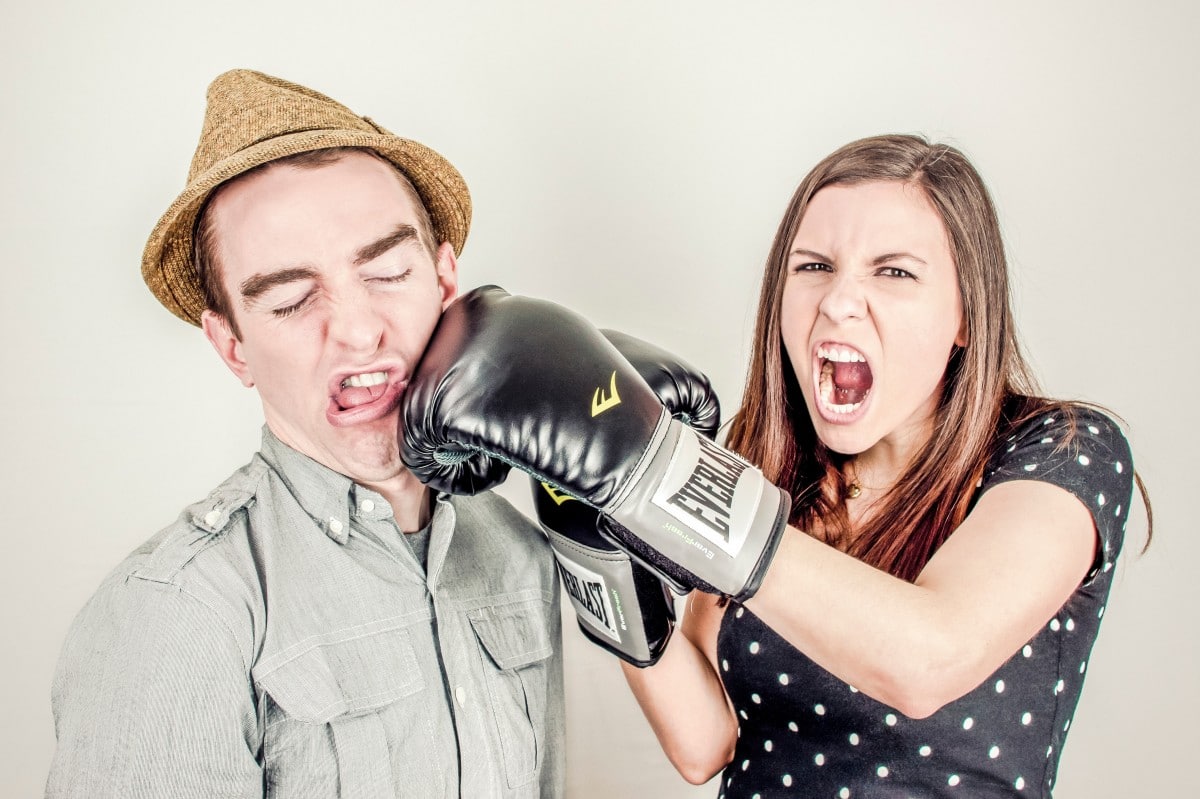 If you have yet to see this little gem, you’re definitely missing out. Marv Newland’s animated student film from 1969, Bambi Meets Godzilla, is considered a classic and was even ranked number 38 in the book “The 50 Greatest Cartoons: As Selected by 1,000 Animation Professionals” that was published in 1994.

What happens when the innocent Bambi we know and love encounters the King of the Monsters? Well, Newland answers that question rather promptly (after ensuring that everyone knows that he is solely responsible for the animated short that is) and though it is 50 years old, this is one battle that has stood the test of time.

Made in a Crunch

Newland was attending the Art Center College of Design in Los Angeles and with his first film project’s deadline looming and his planned live-action production proving too difficult to complete on time, he went to work on an animated piece. He spent two weeks working on the black-and-white short and was able to make it for less than $300.

For the soundtrack, he opted for the beautiful and relaxing melody of “Call To The Dairy Cows” (A Ranz des Vaches), from Rossini’s 1829 opera William Tell. For the climatic “battle scene,” Newland chose to incorporate the final chord of The Beatles’ “A Day in the Life” slowed down to half speed.

While I couldn’t find a definitive word on what grade he received, Newland could never have imagined the impact the film would have on his life. As well as to the art world for years to come.

Newland went on the create several award-winning short animated films throughout his career:

One of the most realistic “vs” battle scenes ever made.

Tributes to the Fallen

If you prefer your battles in full color and without animation , monster-maker and filmmaker Scotty Fields did a live-action remake a few years ago.

While I couldn’t readily find any listings for today, I know that at least up until a few years ago there were art classes that specifically discussed this film. The point is, 50 years later people are still very much interested in this student film.

You can get a resin statue commemorating the final battle scene.

A two-sided t-shirt showing all the action is available on Etsy.

They say that imitation is the sincerest form of flattery, but Arthur Fiedler decided to not only remake the classic, he didn’t bother to give Newland any credit and basically tries to take full credit. Even though he uses Newland’s soundtrack and it’s completely obvious that it’s a direct ripoff, this douche says he used it for a class project too. Looks like the instructor missed this cheater.

Then there’s Son of Bambi Meets Godzilla, a direct sequel that pays homage to the original and gives Marv proper credit. If you’re a fan of the original, you definitely have to see the sequel.

Ahhhh… nothing is sweeter than a little familial revenge.

50 years after his 2 week scramble, Marv Newland’s Bambi Meets Godzilla is still gaining fans, still being imitated, and is arguably one of the greatest fights ever animated.