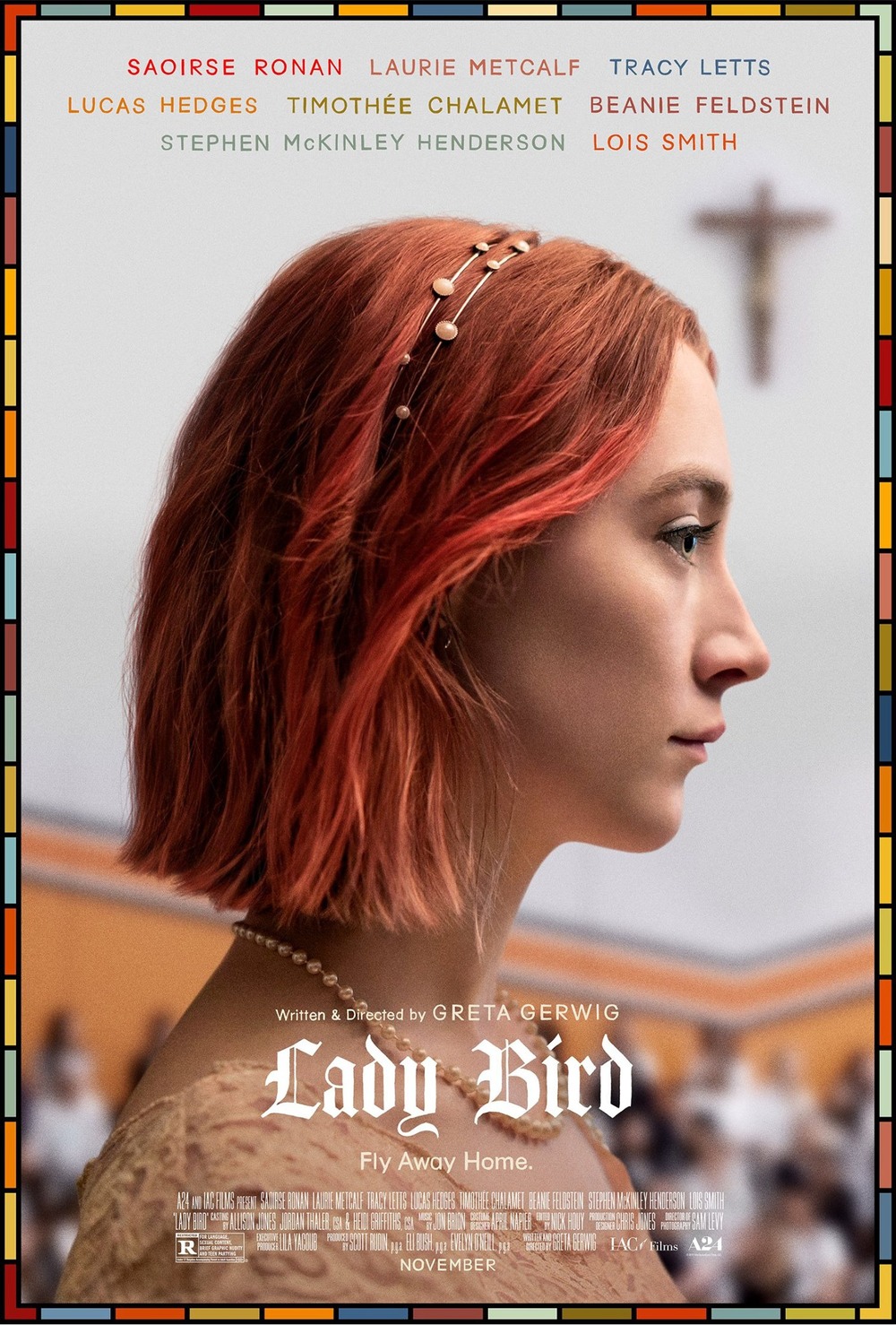 The film that broke Rotten Tomatoes with a fresh score of 100% has critics raving. “Lady Bird is the rare movie that manages to be affectionate, entertaining, hilarious, witty, and confident; it’s one of the best films of 2017, and certainly my favorite.” Vox praises the film. SFGATE reviewed the work as a “…warm and intuitive work, striking that elusive balance between inspiration and control.”

So just what makes this film inspiring and what makes it resonate with so many?

The story seems to have a structure that has been seen more than a few times. It’s a coming of age story about a teenage girl and her struggling parents and a mother who is trying to understand her. But it seems to be so much more.

Christine McPherson, aka Lady Bird (Saoirse Ronan), is in her senior year at a Catholic girls high school. Lady Bird has a similar problem most teenagers have – she hates her home town. She spent her college essay describing this place, only for the principal to mistake her hatred for loving it. But Lady Bird is herself, and always observing and asserting her own identity, even if she’s not sure what that is yet. Lady Bird struggles to keep her disapproving mother (played by Laurie Metcalf) satisfied and proud of her, as Marion (played by the amazing Laurie Metcalf). This all may seem like a story as old as time, but what seems to make this movie different from all the rest in the genre is the writer/director.

The film is a comedy in a way, as it pokes fun of the traditional high school nuances. But when it comes down to it, Lady Bird is so much more. The character of Lady Bird is based on the experiences and upbringing of its writer/director Greta Gerwig. It is essentially an artist laying out their life for all to see. And since Gerwig is one the most talented directors of late, it is not surprising that she takes a tale everyone has seen already and breathes some new life into it.

Lady Bird is not just the best reviewed movie ever on Rotten Tomates, it’s an incredible coming-of-age film that you don’t want to miss.