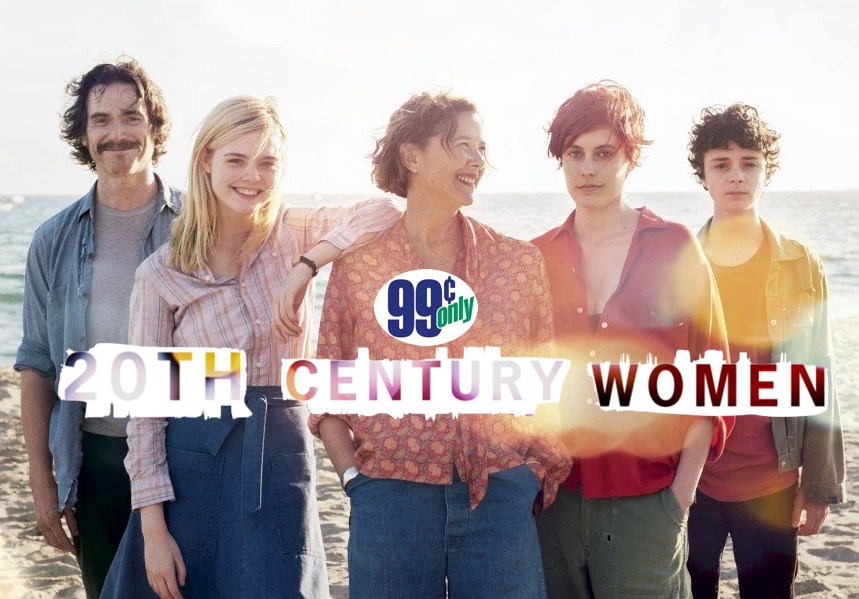 This week, Annette Bening struggles to guide her teen son toward manhood in 20th Century Women.

Don’t You Need a Man to Raise a Man?

Santa Barbara. 1979. The world is in flux as punk rock rages, Jimmy Carter flounders, and feminism is at a crossroads. Amidst the turmoil, single mother Dorothea (Bening) is determined to see that her 15-year-old son Jamie (Lucas Jade Zumann) is not lost to the times. In fact, she’s hell-bent on seeing that he becomes a good man. She enlists the other women in Jamie’s life – a punk-rock photographer named Abbie (Greta Gerwig) and a childhood friend in Julie (Elle Fanning) – to guide the way. From there … well, things get complicated in Mike Mills’ tender, insightful, semi-autobiographical tale 20th Century Women. 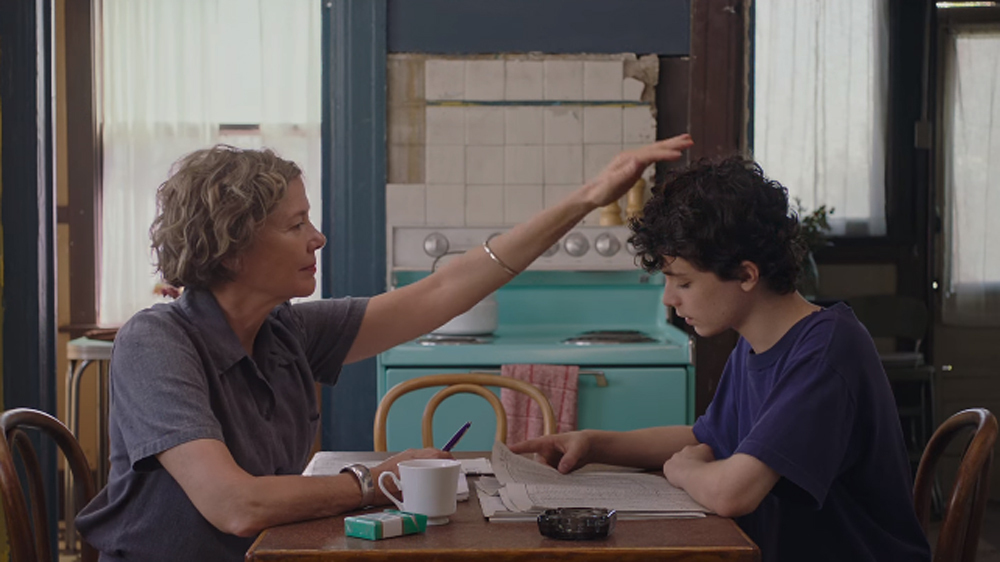 I Don’t Think So.

That’s about as much of a plot as you’ll find in 20th Century Women. Mills (Thumbsucker, Beginners) has never been a filmmaker particularly concerned with plot. Details are more his speed. The emotional, temporal, musical, theological sort that imbed themselves so deeply in one’s psyche that you relish the chance to revisit them even if they’re painful. 20th Century Women is a film overflowing with such detail. A film so consumed by time and place and people that one is forced to wonder how often Mills has relived them over the years. A film so blindingly authentic that one wouldn’t dare to question even the smallest detail.

And one would be correct in flinching at that prospect. 20th Century Women feels that way because it’s based on Mills’ own life. The film’s heroine is a ‘warts and all’ portrait of his own mother, the late-1970s Southern California setting his old back yard, and the punk-flavored soundtrack his old record collection. Independently, they’re all beautifully realized details. Together, they form a rich tapestry of a single summer in 1979 when mother, son, and their unconventional family struggled to find out who they were and who they could become.

Annette Bening portrays that mother with a stodgy-yet-refined aplomb. Her Dorothea is the very definition of a strong, independent woman. She’s long divorced, raising her son on her own and maintaining a career to boot. But there’s a fragility ever-present on the fringes of that strength, and remnants of naiveté from her 1940s-1950s up-bringing that show in several key moments that seem to both bolster and betray her. Bening explores the warring sides of the woman with impassioned, internal dexterity and delivers what may be the finest performance of her career.

Bening is matched in wits and wills by the heartfelt performances of her supporting cast. Elle Fanning, Billy Crudup, and newcomer Lucas Jade Zumann all bring welcome texture and nuance to Mills’ tale. But it’s Greta Gerwig’s tangled ball of energy portrayal of Abby that stands tallest. Gerwig captures the rebellion, the energy, the wit, and the cynicism of the late-70s art-punk scene with a fiery elegance. But she does so with an open vein sort of vulnerability. Gerwig’s ability to blend that energy throughout the film elevates her story from the rest and for that reason it hits hardest in the end.

Still, with all of its talk of what constitutes being a good man or a good woman, 20th Century Women seems completely unconcerned with defining those terms. Rather, Mills & Co. choose to tell compelling stories about average people. They pepper their characters with immaculate detail and watch them react to shifting moments in a shifting world. Sometimes they do the right thing. Sometimes they don’t. More often than not, the right thing or the wrong thing is subjective and defined by the moment, and the moment never lies.

In the end, moments are what define Mills’ film … a portrait of a fleeting past that he captures with the warmth and vitality of a shared memory. To watch 20th Century Women is to bask in that warmth. And like the love of the friend or mother you shared it with, you will miss it when it’s over. 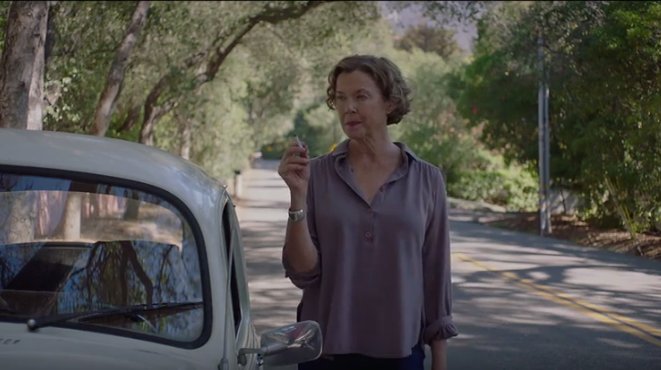 You bet. Rich, witty, and full of heart, 20th Century Women is a stunning tribute not just to the power of women, but to the power of humanity. It was one of last year’s most overlooked films. It’s an absolute steal at $0.99. And it’ll make you want to pick up the phone and call your Mom the second the credits roll … which you should do, because Mother’s Day is this weekend. Happy Mother’s Day, Mom!