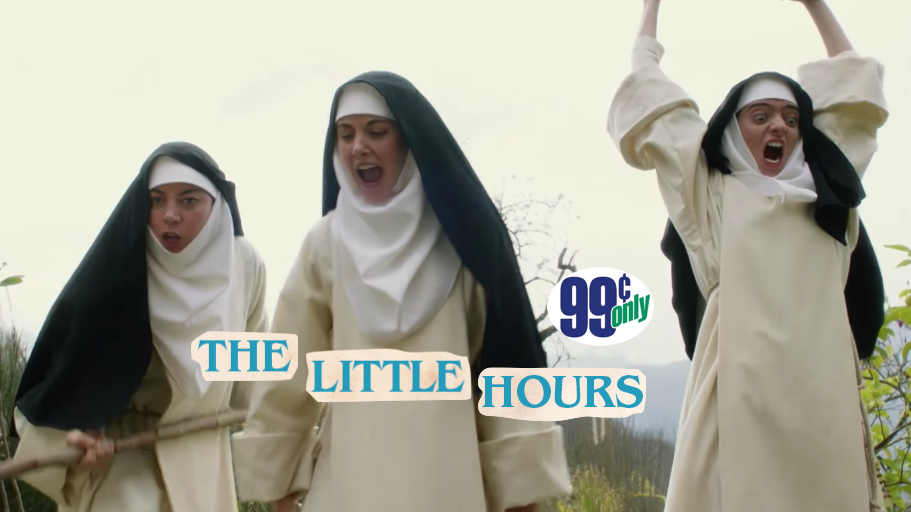 This week, a monastery is turned upside down by a few less than traditional nuns in The Little Hours.

I’m Not Going to Lie, They Can Be Tough

On the run from his war-hardened former master, Massetto (Dave Franco) needs a place to lay low for a while. When he stumbles upon a secluded monastery in an idyllic mountain village, he thinks he’s found the perfect hiding place. That is until he meets the foul-mouthed, back-stabbing, sexually aggressive would-be nuns (Alison Brie, Aubrey Plaza and Kate Micucci) who live there. Once those nuns get a taste of what they’ve been missing, well, life at the monastery gets more than a little bit complicated – and The Little Hours is happy to follow every sordid moment. 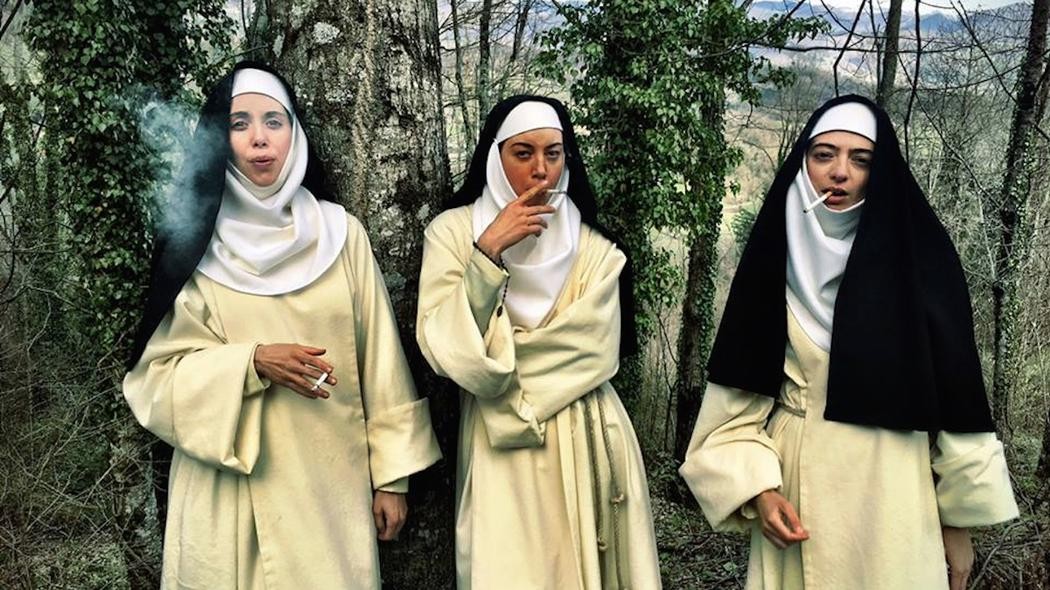 Of all the films that came and went in cinemas this year, the one genre that consistently missed the mark was comedy. Of course, that’s been true for the past few years. So when the director of a couple of the better comedies of late – i.e. Joshy and Life After Beth – announced he was bringing a “nuns behaving badly” comedy set in the middle ages to theaters, there was reason to be excited. When he announced the film’s cast (Brie, Plaza, Micucci, Franco, John C. Reilly, Molly Shannon, Nick Offerman, et. al.) there was hope that The Little Hours might be the sort of raunchy, incisive, and intelligent comedy that 2017 desperately needed. Those hopes were bolstered when the Catholic League labeled the film, “trash, pure trash” based on the trailer alone.

They were clearly commenting on the film’s alternative take on Catholic doctrine – The Little Hours is based on the religiously themed text The Decameron – but they might as well have been judging the quality of the film itself. Unfolding over a few days in the lives of a ragtag band of women confined to a monastery, The Little Hours takes that “nuns behaving badly” premise and works it into a frenzied exploration of desire, guilt, and pseudo-religious debauchery. Unfortunately, once you get past that promising premise, there’s not much else to like about the film.

As with most bad movies – comedy or otherwise – the problems in The Little Hours stem from poor writing … or in this case, the lack of any writing at all. The Little Hours may take its inspiration from The Decameron, but the film is hardly an adaptation. In fact, there really isn’t much of that 14th Century text at play in Jeff Baena’s film. Rather than adapt the text, Baena used it more for a basic framework for the overarching storylines and asked his cast to improvise most of the scenes and dialogue.

That may seem like a bold tactic, but given the comedic pedigree of his cast, one can hardly blame Baena for choosing it. While there are a few moments of inspired hilarity peppered throughout The Little Hours that tactic mostly backfires. Rather than feeling like a fresh, frantic spoof of The Decameron, the film feels more like a poorly executed Saturday Night Live sketch packed with jokes that are still being workshopped. Baena does himself no favors by capturing those jokes with little sense of comic timing and no visual flair. He also fails to push his cast of comedic A-listers to aim for anything more than the mediocre. Sure, they swear and smoke and mug with screwball sincerity, but with no overall vision to hold The Little Hours together, the film’s mirth (and ultimately its message) are doomed to fall on deaf ears.

Afraid not. It almost pains me to write that given the level of talent involved in The Little Hours, but once you get past the novelty of the film’s setup, it just doesn’t have much to offer. It’s poorly scripted, sloppily assembled, and – worst of all – it isn’t particularly funny. Even a brilliant cameo from Fred Armisen late in the film can’t save this film from feeling like a horribly misguided improv show. One that drags on for a full 90 minutes. Save your time this week. Save your money too. And if you’re in need of a good laugh, you might want to track down pretty much any other movie that the cast of The Little Hours has made. Or either of Jeff Baena‘s prior directorial efforts for that matter. ‘Cause they’re still pretty good; even if they’ll cost you an extra buck or two on iTunes.