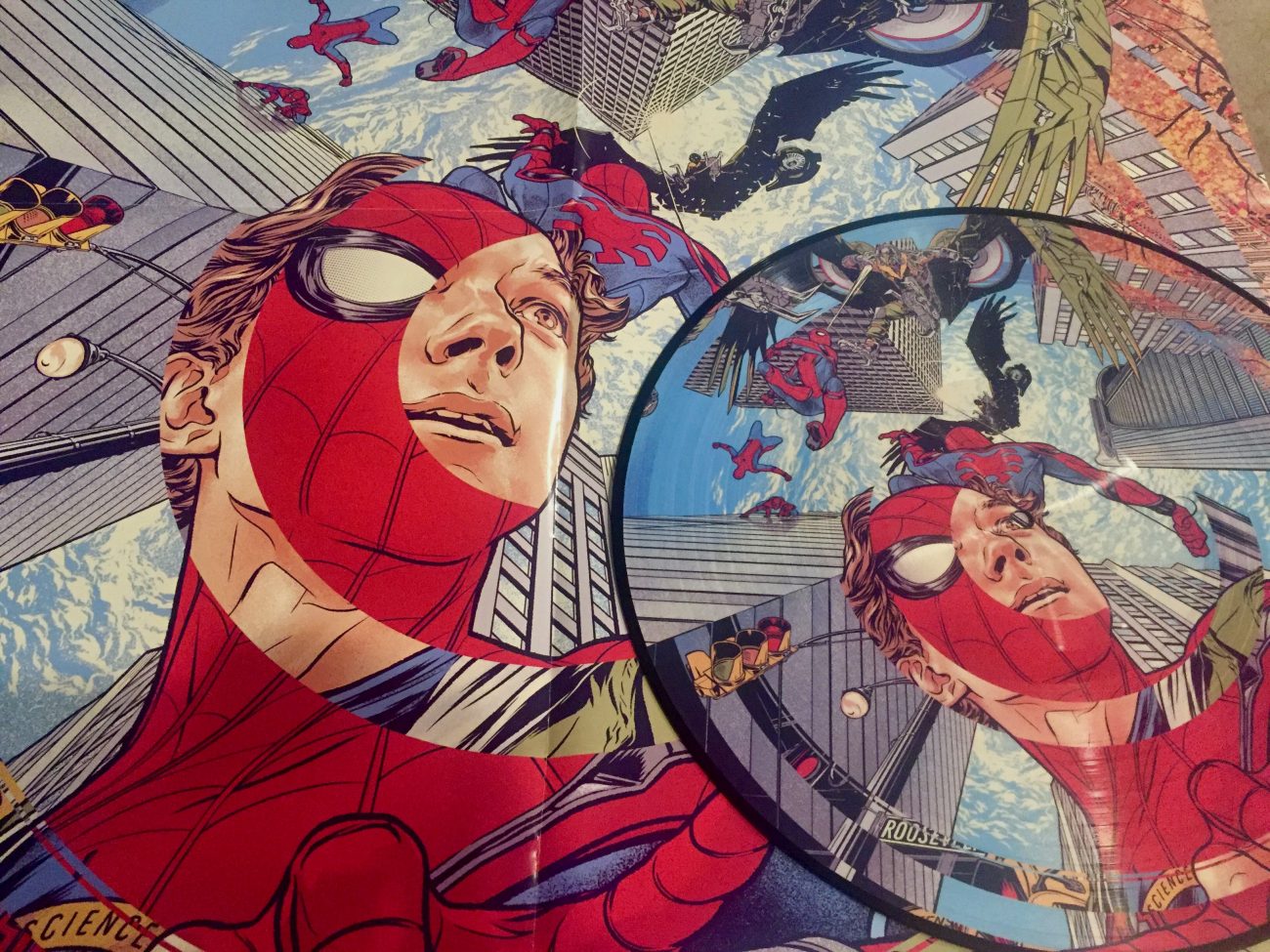 While I’m not Geek Insider’s resident vinyl enthusiast, I enjoy them immensely. This Spider-Man: Homecoming picture disc from ThinkGeek is one of the coolest records I’ve seen. The score, composed by Michael Giacchino, is great for any fan but what brings it up a level is the illustrated picture disc and the poster included.

The A-side has a beautiful illustration by Martin Ansin, showing a Peter Parker literally split with himself as Spider-Man with a spiral splitting the image and Peter’s life. The reverse side is a cool circular Spidey-Signal.

The art was originally a Mondo exclusive print, but in addition to the record, it also comes as a theater-sized poster of the Ansin piece. Which is great, because now you don’t have to be as worried about messing the picture up when you play it. Speaking of which, it sounds like it should – powerful and it has a selection of tracks from the movie’s score featuring some of the more memorable pieces from some of the coolest scenes. Particularly, “A Boatload of Trouble,” “Stark Raving Mad,” and “Academic Decommitment.” Of course, Giacchino’s version of the classic Spider-Man theme is also on the record. Hearing my favorite film composer’s take on Spider-Man is a treat.

As opposed to the cardboard used for the sleeve of most albums, this one has a plastic sleeve so you can slide the poster out. The tracks and album information are on a slip running along the side of the sleeve.

It’s a great gift for the holidays coming up. This exclusive album will make a neat addition to any Marvel fan or film buff’s record collection. Grab it at ThinkGeek for only $24.99.

10 Gifts for a Great Comic Christmas from ThinkGeek