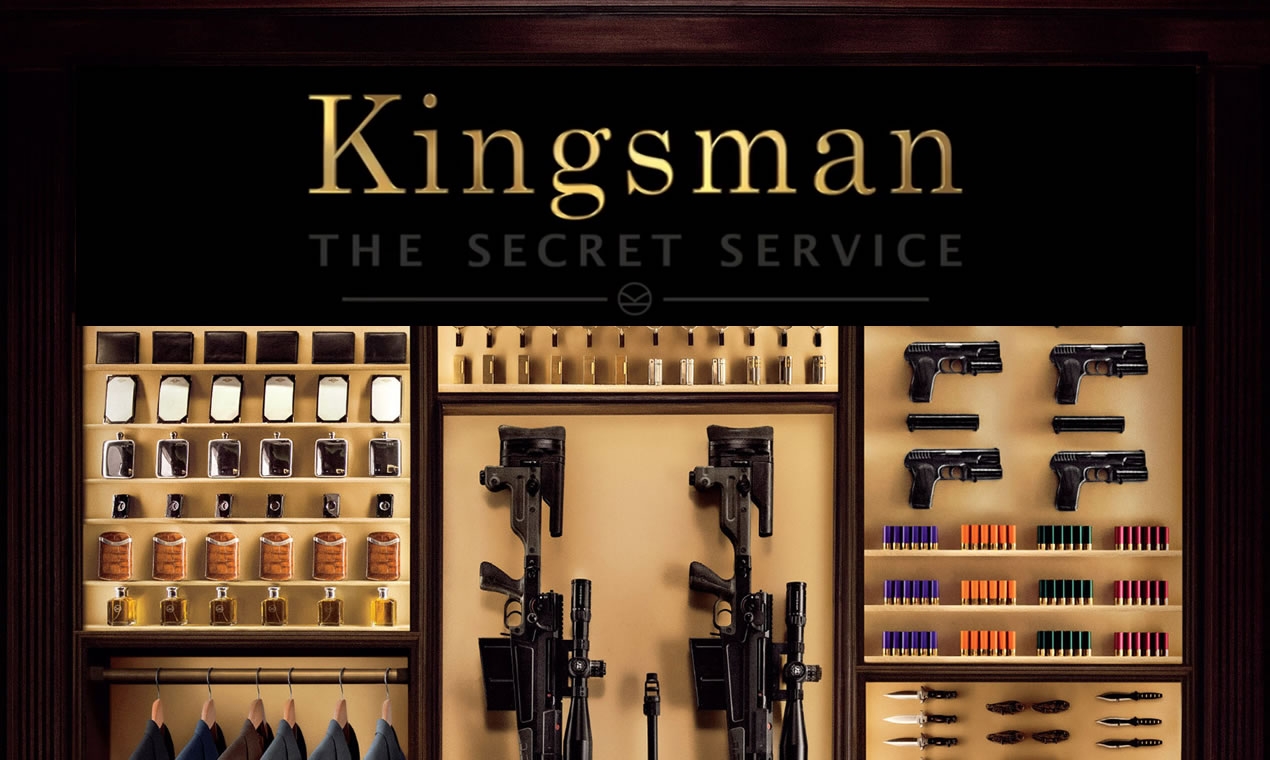 Kingsman: The Secret Service is an R-rated spy movie satire set in Britain. Filled with both Bond-esque style and over-the-top brutal action and profanity, this movie is an odd, yet original, one in the genre. If you’re willing to look past the sometimes gratuitous swearing and the occasionally hardcore violence, this may be a good movie to try. It’s at Redbox now. 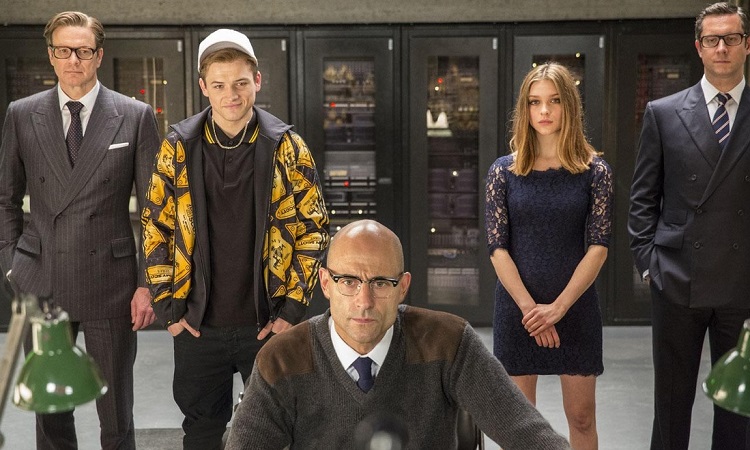 Kingsman: The Secret Service is written and directed by Matthew Vaughn and Jane Goldman. When a Kingsman agent codenamed “Lancelot” is killed in the line of duty, Harry Hart aka “Galahad” (Colin Firth) takes it upon himself to offer support to Lancelot’s wife and son. Lancelot’s son Eggsy (Taron Egerton) grows up under the harsh hand of his stepfather and takes to the streets. After getting arrested, he gets into contact with Harry/Galahad, who helps him in return for Eggsy becoming a candidate for the Kingsman position of “Lancelot,” which has opened up again due to the death of Eggsy’s father’s successor. Together with his new team, Eggsy must help save the world from billionaire Richmond Valentine (Samuel L. Jackson), a terrorist with plans to kill a lot of people.

This movie is filled with lots of great characters. Eggsy is a street kid who’s smarter than he lets on, and can use his not inconsiderable experience and brainpower to solve problems. Harry/Galahad is a dapper, badass, Bond-type spy who serves as Eggsy’s mentor, teaches him about the ways of the Kingsmen, and can flatten a room full of thugs without sweating. Two other Kingsmen, “Merlin” (Mark Strong) and “Arthur” (Michael Caine), help with his training, as well. In his training, he competes with several others to become the next “Lancelot.” Among these others is a young woman named Roxy (Sophie Cookson), whom one can see early on will become Eggsy’s friend and/or competitor, and potentially a romantic interest in a sequel. Meanwhile, Valentine hatches his plans by giving free sim cards and cell phone service to anyone and everyone, which despite sounding blatantly too good to be true, dupes most of the world.

This film is an amalgam of spy and action movie tropes. It puts a modern/postmodern twist on the spy movie genre, with extensive references to spies like James Bond and Maxwell Smart. It has sophisticated, gentleman spies and brutal violence. It has “manners” and class mixed with a healthy dose of profanity and gory action. In other words, Kingsman will surprise you, and it’s full of great twists and turns. One moment, the characters are using top-secret rooms and gearing up with gadgets and fancy suits. The next moment, someone’s being viciously stabbed, blown up, or otherwise beaten to a pulp. There’s even a scene in which two characters discuss old spy movies, and that scene comes back a couple times in the form of a joke: “This isn’t that kind of movie.” The creators of this movie have truly, as writer Ezra Pound would say, “made it new.” The movie cover even says it’s “More badass than Bond,” which does have some truth to it.

Richmond Valentine is a fun villain, too. Assisted by a woman named Gazelle (Sofia Boutella), who has two prosthetic legs complete with hidden blades, he schemes to end the world as we know it. But he isn’t proper, well-dressed, or even an emotionless psychopath. He dresses like a pop star, has no stomach for blood (he literally projectile vomits), and he has a lisp. Not what you think of when you hear the phrase “spy movie villain.” Plus, Samuel L. Jackson does an excellent job of playing a villain who can easily stomp all over spy villain cliches.

Perhaps the best part of this movie is the fact that it’s so self-aware. It knows what has been done and does its best to make something original and entertaining out of it. It has a bunch of spies who dress smartly and kick butt, but they’re also vulnerable and just as human as the rest of us. The movie allows itself lots of cleverly self-deprecating jabs at/references to spy tropes, technology, and predictable plotlines. One of the secrets is in the cinematography and the music. For example, in most of the fight scenes, there is happy or playful music that completely diffuses any tension. Plus, the camera does well with moving around in such a way that you can see the satire in action. With all of this considered, the ways in which some of the action and plot twists are done is awesome and provides for good entertainment. Plus, the ending, which seems a bit comedically simple, is also simply brilliant.

Conclusion: Worth the Watch

If you don’t mind rated-R movies, Kingsman is worth the watch. It has excellent acting and an exciting, well-written plot. The action, though sometimes gory and over-the-top, is great; those spies can certainly bust some cool moves. And Colin Firth, Samuel L. Jackson, and Michael Caine provide a great cast of characters.

The worst thing about this movie, the R-rating, can also be seen as one of the best things. Yes, admittedly, the creators could probably have done it without all the things that made it an R-rated spy flick (even James Bond movies are PG-13). But that’s precisely what makes it so clever, as well. Most audiences don’t expect a proper gentleman spy to swear or fight or be as modern world-savvy as he is. They also don’t expect a spy movie villain to be able to cause as much chaos and even sound semi-normal (at least, not insane or brooding). And audiences certainly don’t expect a bunch of people’s heads exploding to look as, well, amusing, as it does. This is definitely a fun movie, one that pokes fun at so many spy tropes and still manages to be just as good as them, if not better.

So if you like spy movies, James Bond, awesome fighting, and cool gadgets, and don’t mind an R-rating, pick up this movie and give it a watch!