Home NewsEntertainment King of the Nerds Season 3 Recap: The Throne of Games Up For Grabs Again
EntertainmentTV and Movies

King of the Nerds Season 3 Recap: The Throne of Games Up For Grabs Again 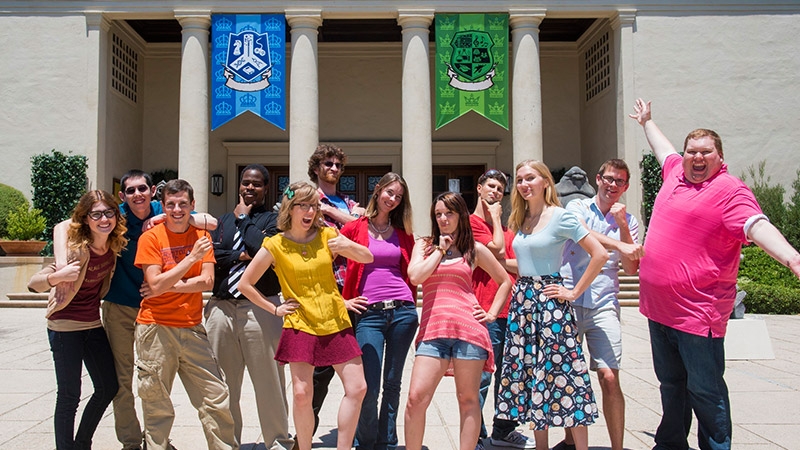 I would say I watch a healthy amount of television. What I mean by healthy is a ton. I watch Emmy winning comedies, witty cop dramas and everything in between. I’m even currently re-watching all of “Game of Thrones” preparing to recap the new season for this very website. So tell me, why am I so compelled to label the cheesy short run reality series “King of the Nerds” on TBS as my favorite show on television? The short answer is because it is amazing. Let’s dive into the longer answer.

In January, TBS premiered the third season of “King of the Nerds” on a Friday night lineup sandwiched between reruns of “The Big Bang Theory” and a different movie each week (often starring Will Ferrell). A move to Friday doesn’t usually bode well for television shows, but it seemed to work quite well in this particular case. The eight episode season had 12 “nerds” move into a California home filled with fun games and décor, labeled “Nerdvana,” in order to compete for $100,000 and the title of King of the Nerds. The challenges span all the stereotypical facets of nerd and geek culture. Revenge of the Nerds stars Curtis Armstrong and Bobby Carradine host and produce the whole ordeal with the format largely unchanged from the previous two seasons. But with new contestants each year, reality shows always have that fear of the unknown. Will the new cast stink?

With each passing episode, it became more clear that not only was this cast a good one, but it was one that complemented the show’s format very well. Quite a bit of season two revolved around Zach Storch, who clashed with so much of the cast that the drama featured prominently throughout. Season three, was much less stressful from an audience perspective. There was a serious blow-up when odd man out, Todd, equated his teammate Lily to Cersei Lannister. But never has there been a more nerdy insult spat in all of the seven kingdoms, so I’ll allow it. Other contestants also got a bit testy when elimination was looming, but for the most part, the humor and large personalities were the focus of each episode.

In the finale when all the eliminated nerds returned to Nerdvana in order to pledge their allegiance to the final four, it was like a group of old best friends got together to drink out of test tubes and dance around in their superhero underwear. …Actually that’s exactly what happened. But I know that my positive opinion of the season isn’t the same as all the show’s viewers. In fact, a quick look at the comments on any “King of the Nerds” Facebook post shows that some people are really angry that a group of players formed an alliance and voted out the others.

The “secret six” included three people from each team (Ben, Lily, Raychelle, Amanda, Heather and Jonathan) and was able to stay safe from the votes for a while. Some fans are also mad that Jonathan ended up earning the crown since he was often shown as the one playing the strategy card hardest throughout the season. Alliances and strategy are at the forefront of all reality competition shows. But if that’s not your thing don’t hate the player, hate the game. There’s a reference that seems a bit out of place when talking about “King of the Nerds.” But, Jonathan did end up defeating the seemingly unbeatable Ben in the final gauntlet of nerd contests. That is why the “Throne of Games” is his. And man was that final nerd-off a doozy. Ben and Jonathan battled in a best of seven contest that included speed chess, a Tekken battle, a crossword puzzle, a math equation puzzle, Connect Four and a nonogram. The final score was 4-3.

The formula for the show revolves heavily around unexpected challenges and celebrity guests. There was a hobbit (Billy Boyd), a cosplaying icon (Yaya Han), a magician (Penn Jillette) and a supposed nerd rock icon (Moby) among a number of others. Heather even got into a verbal sparring match with Moby after he called out the Star Trek cred of Ori, one of her teammates. Again, you can’t make this stuff up. It’s so awesomely nerdy! The challenges kept the fan favorites from previous years like a cosplay challenge, writing and performing a nerd anthem and enough trivia to please Alex Trebek. Former Jeopardy champion, Colby liked that as he survived a bunch of nerd-offs with his trivia prowess. There was smashing mannequin zombies with a cricket bat, answering riddles in “Monty Python and the Holy Grail” garb and a life-sized Stratego type board game. I did wonder a few times when the challenges looked a bit cheap if they could maybe trade in some of the crazy props located in Nerdvana for a slightly larger challenge budget. But I still found myself incredibly invested in the outcome of every challenge no matter how complex or simple.

“King of the Nerds” is a kitschy cable reality show that runs for two months in the winter. But the fact that they own their theme in every facet of the show is what makes it successful. TBS is yet to announce if there will be a fourth season. But if they do decide to renew it, you can count me in as a viewer… or dare I say a contestant?

The Newest Addition To A Pantheon Of Sentient Robot Films: CHAPPiE