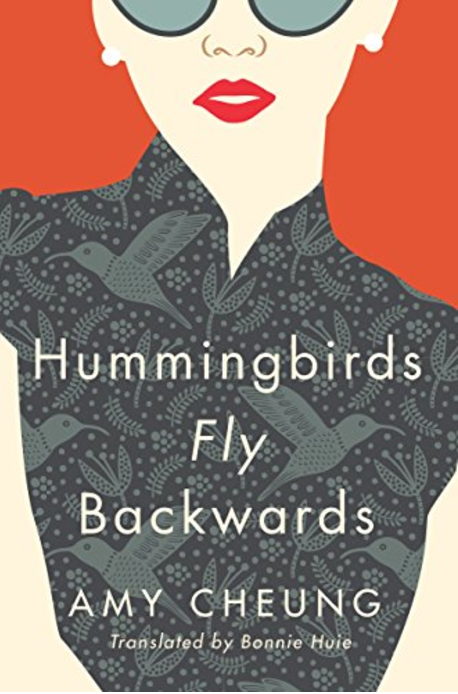 Amy Cheung is a popular novelist from Hong Kong who writes fiction about romance and its social conventions, particularly shared through a woman’s perspective. Categorized as Women’s Fiction on Amazon, I was curious to read Hummingbirds Fly Backwards partly because of its specific classification, and partly because of a disappointed Amazon review that was saddened by the decisions made by the female characters.

The novel takes place in the 90s and depicts the love life of three women who bond over their failed happily ever afters. Chow Jeoi is in love with a married man who promises to never leave her, although he cannot promise that he’ll divorce from his wife. Chui Yuk is in love with an aspiring writer who she supports wholeheartedly, so much so that she secretly uses her body to fund his new publishing house. And Yau Ying lets go of a seven-year relationship upon discovering that her boyfriend had been cheating on her for a month. Between the love triangles, questionable decisions and relationship advice, I did find myself siding with the disappointed review but not because of the decisions that these women make, but more so because of the general idea that love becomes synonymous with insecurity for both individuals involved—a theme that Cheung probably intended to scrutinize.

A large part of the novel is based on socially influenced insecurities and how they manifest in a gendered way, mostly affecting the perception of a woman’s body image. When Yau Ying suspects that her boyfriend is being unfaithful, especially after he tells her that her chest is too small, she considers plastic surgery to reshape herself and her relationship. Likewise, as a sales associate of a lingerie shop, Chow Jeoi is used to listening to women describe the parts of themselves that they want to change, reading their body language as a symptom of low self-esteem. And although the novel speaks to the importance of female friendships, Cheung shows the effects of jealousy through the tendency to fixate on ideals of perfection that we see in others, and all that we lack in comparison.

Surrounding the conversation of changing ones body image lays the analogy of hummingbirds and their ability to fly backwards; an analogy that inspires the idea of whether these female characters could change time, hovering over a desirable moment of the past, instead of travelling with time as it deteriorates their relationships and sense of security. However, sometimes a memory only looks better in retrospect and time is given to protect oneself from what could have been.

Though I can’t say that I’d be drawn to rereading this novel in the future—specifically because of the writing style that lacked a bit of depth—the female perspectives on body image are honest and expose a very real and problematic reality in Cheung’s work of fiction. You can download the Kindle version of Hummingbirds Fly Backwards for $1.11 on Amazon.