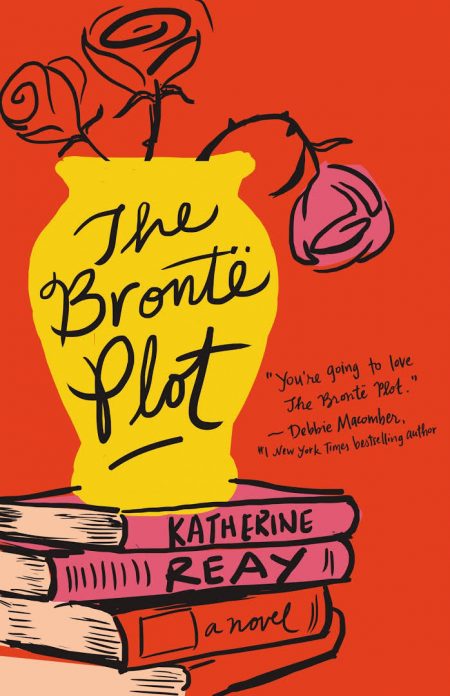 As a fan of classic Victorian literature, I had an inkling of what I was getting myself into when I purchased The Brontë Plot by Katherine Reay on Amazon. Inspired by the influential storytellers of 19th-century England, including Jane Austen, Charles Dickens and, of course, the Brontë sisters, The Brontë Plot is like a literary treasure box filled with intertexual references wrapped up in a modern-day plot.

Reminiscent of Victorian literature, Reay’s novel adopts the importance of things, their histories, and everyday items into her text through the novel’s protagonist Lucy Alling, a young girl who works alongside an interior decorator running an antique shop. Along with helping the owner curate decor for his clients, Lucy also runs a small vintage book business within the shop that taps into her love for classic literature and storytelling. Narrated through a deep, third person perspective, the reader is taken through Lucy’s inability to draw the line between fact and fiction, a personality trait that is partially the effect of her relentless imagination and somewhat the result of an undetectable gene that slowly rises to the surface. With this trait, Lucy develops the habit of embellishing the truth (or mastering the art of fiction, depending on how you look at it), a choice that she’s unconsciously aware of, including its consequences. However, unlike an antique item that acquires its value through its history, the novel switches gears to suggest that although people are shaped by an individual past, one should not be reduced, defined, or valued by their history and have the privilege of choice and the opportunity to change. The overlap between items and what they symbolize and how they allude to the lives of Reay’s characters is an effective parallel that runs strong from beginning to end.

The novel begins in Chicago, however you’ll read about historical literary landmarks in London, England, as Lucy flies overseas with Helen, her ex-boyfriend’s grandmother, to shop for antiques and repair the conscience-weighing mistakes they both share. Though I admittedly found it difficult to empathize with Lucy, the romantic and familial subplot that prompts her to self-reflect is satisfying to read about, along with the development of trusting female friendships that are nurtured throughout the novel—all of which are portrayals of the signature qualities of Victorian fiction. If you’re not big on the Victorian era, you may find the literary references a bit frustrating to follow since they’re very visibly woven into Reay’s story like the crafting of a quilt. However, I was impressed by Reay’s ability to revisit details from the period and transform them—something like a secondhand narrative that delivers a different perspective in the hands of a new writer.

Sitting with 4 stars, the Kindle version of The Brontë Plot is available on Amazon for $1.67. Given that Reay’s writing is inspired by a specific era, I’d probably return to her books when I’m feeling a little nostalgic for stories from the past.