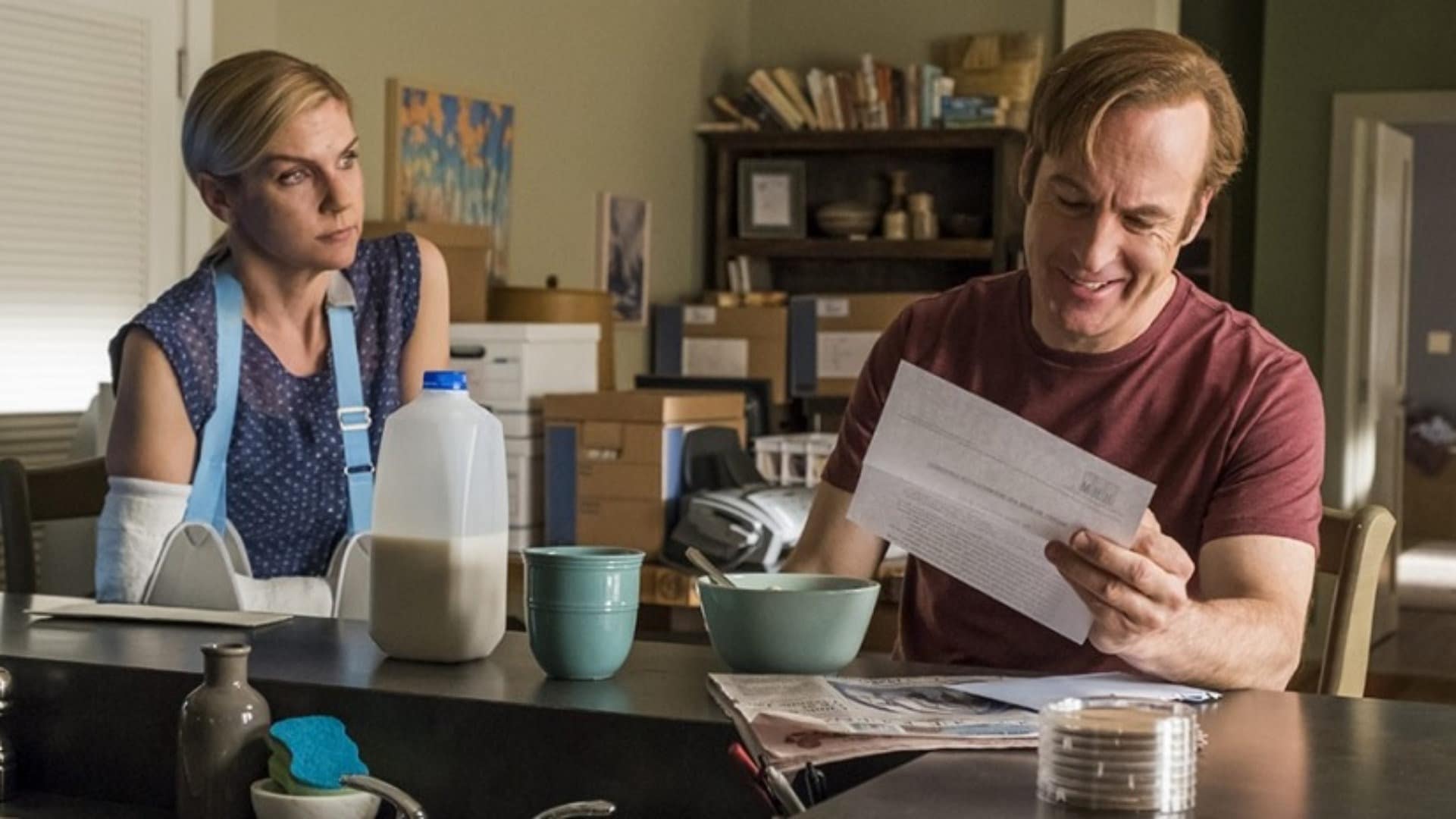 As much as I like both of them, I’ve never really bought Jimmy and Kim as a couple. I’m sure part of that is because we can see into their future, and we know that Kim’s not a part of Saul Goodman’s life. So there’s no reason to get heavily invested in the relationship because it has to end eventually. Plus, since we know what Jimmy will become, it’s hard to see Jimmy without seeing Saul. And while Jimmy McGill is basically a good guy with questionable ethics, Saul Goodman is a first-class prick (albeit a very likable and entertaining prick). And no woman deserves that.

But I think the bigger issue is that, at the end of the day, they’re just two very different people. And while opposites do attract, there has to be a certain level of compatibility to sustain a relationship over the long haul. And while the two of them do have some things in common, Kim’s starting to see that Jimmy’s vision of the future may not be one that she’s willing to commit to. So far, for the most part, Jimmy and Kim have been good for each other. It’s obvious that they love each other, and they’ve supported each other through some very difficult times—Chuck’s death, Kim’s accident, and Jimmy’s suspension. But as Patty Smyth and Don Henley painfully remind us, sometimes love just ain’t enough.

Jimmy has one goal in mind—finish his suspension, get his law license back, and get back to work with Kim in the next office. They were never technically partners, but I’m sure he would gladly take that step as well. He’s even working on new logos and pricing new signage for the office. It’s what keeps him going during those long days in an empty store (and long nights hustling prepaid phones on the street). Kim wants to focus on criminal law? Great! They can get an office by the courthouse. As long as they’re practicing law together, the rest is just details.

But Kim has other ideas. She hasn’t been the same since the accident, and she’s realized that she really wants to help people with her work rather than just make money. But she also has to eat. So she’s found a way to do both: she’s offered her services to Rick Schweikart (played by highly underrated character actor Dennis Boutsikaris) as head of his newly formed banking division. She would get a staff of associates to take care of Mesa Verde, which would free up her time to take on more pro bono criminal work. Perfect solution—except for the fact that Jimmy’s not a part of it.

It’s the right move for Kim, and not just because it allows her to follow her dream while making a comfortable living. Jimmy’s unwilling to deal with his feelings about Chuck, and that’s not sitting well with Kim. She loves him, and she’s been incredibly supportive, but she knows this is something that needs to be addressed, for both their sakes. If Jimmy insists on just stuffing everything down rather than getting help, it’s gonna cause problems down the road. So Kim’s move may be prompted by a need for self-preservation as well as career fulfillment.

It’s a huge step for Kim and for their relationship. And while Jimmy says the right thing and tells her to go for it, he’s devastated by the news. This is effectively the end of their professional relationship, and I’m not sure their romantic relationship will last much longer, either. It’s really a sad thing, but we know it has to happen sooner or later.

Jimmy’s reaction to Kim’s news is basically the same as his reaction to Chuck’s death—just keep moving. He’s a man of action, and the pep talk (for lack of a better term) he gave Howard was probably more for himself than for his frenemy. When he tells Howard, “You’re a shitty lawyer…but you’re a great salesman,” he knows that describes himself as much as anyone. So he buys a bunch more pre-paid cell phones, finds an old piñata warehouse to sell them out of, and hangs the guys that rolled him last week as human piñatas to eliminate a threat. Who needs to feel emotions or deal with grief when you can take people’s money?

Time to Double Down on an All-New ‘Ballers’

Geocaching–The New Virtual Phenomenon for Families Who Love the Outdoors!