Time to Double Down on an All-New ‘Ballers’ 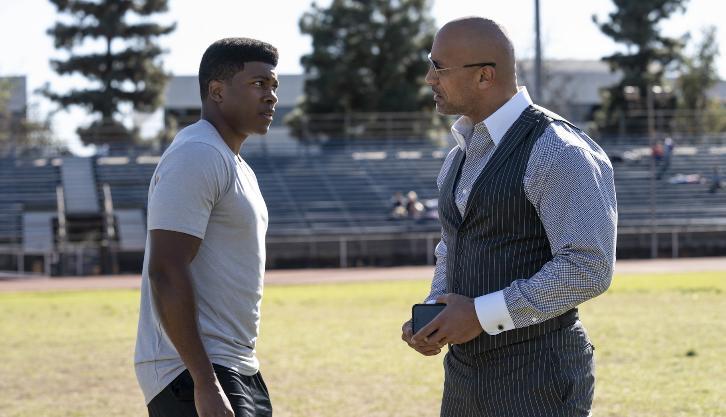 Through all of the ups and downs of the last three seasons, Spencer Strasmore has taken a lot of risks, and he’s played fast and loose at times with basic ethics and morality. He usually does the right thing in the end though. Depending on your particular worldview, that may or may not be okay, but at least things generally work out for the greater good.

That’s why I’m not quite ready to judge Spencer’s latest plan to save Sports X as wildly irresponsible and completely unethical. I’ll give him the benefit of the doubt based on his track record and hope that he’s playing the long game rather than taking a shortcut that will most likely end in disaster. But I’m really not sure what he’s thinking.

Now that he’s been dating Jayda for a while, it’s finally time for him to meet her son Quincy (the high school phenom Jason asked him to mentor in the season opener). Of course, Quincy is like most teenagers—he knows everything and has no need to listen to advice from an adult. Plus, he’s protective of his single mother and probably sees Spencer as a bit of a threat. Add in the massive ego that comes with being one of the top-rated high school players in the country, and  you can imagine how well the two of them get along.

Spencer would have most likely just written the kid off and let him learn life’s lessons the hard way were it not for two things. First, Jayda’s insistent that her son have a positive relationship with Spencer, and since Spencer would like to continue sleeping with Quincy’s mom, he’s sufficiently motivated to keep trying. Jayda knows that Spencer would be a good role model (for the most part), and it’s only natural that she would want her almost-adult son to get along with the person she’s dating.

But none of that really matters. What actually brings them together is shared opportunity. Spencer quickly figures out that Quincy has a significant source of income his mother doesn’t know about, and it’s most likely money he’s getting under the table from college recruiters and/or agents. Of course, Spencer’s already in danger of violating his own NFL player’s association registration by talking to an amateur, so of course he backs off and reports his findings to Quincy’s mother so she can help steer Quincy back onto the straight and narrow, right?

Wrong. Not only does Spencer turn a blind eye to the obvious corruption of a young player (which also hurts the system as a whole), but he decides to capitalize on it. Desperate for better programming on the Sports X television network, he offers Quincy the chance to invest. Whether Quincy sees it as a chance to make more money or just a way to keep mom’s boyfriend from ratting him out, he accepts, which is, of course, a terrible idea. But he’s a kid—we expect kids to do stupid things. Spencer knows better. Which is why I’d like to think he’ll ultimately pull the plug and show that this was all an elaborate teaching exercise. Either that, or he’s really sunk to a new low.

Meanwhile, after his epic “stick it up your ass” moment with Lance last week, which was immediately followed by a night of binge drinking, cocaine use, and desperate pickup lines, Joe is trying to rally the troops at Sports X. And it’s not going too well. Which is probably why he’s ready to fold again. Lance is offering 75 cents on the dollar now for Sports X, but that’s still a $12 million loss for our heroes, which just isn’t acceptable to Spencer (who’s back to being the fight-to-the-bitter-end guy). After all, he has Quincy’s money to work with, so why give up now?

Speaking of Lance, he continues to be a truly awful human being. This week, he’s meeting with Joe to try to turn him against Spencer, which just isn’t cool. Frankly, I think Lance is just extremely intimidated by Spencer (but who wouldn’t be?). Joe probably seems like an easier mark. I have to admit, though—“glorious potato” is one of the most creative insults I’ve ever heard.

We’re at the halfway point of the season, and let’s be honest—it hasn’t been great. They’ve changed things up with the new locale, and they’ve added a couple of new characters, but they don’t seem to be doing much with any of the storylines outside of the main one (which is why most of them are relegated to the “random thoughts” section below). I’d really like to see the writers pick up the pace a little with the secondary storylines in the weeks ahead.