Jimmy Hits the Streets on an All-New ‘Better Call Saul’ 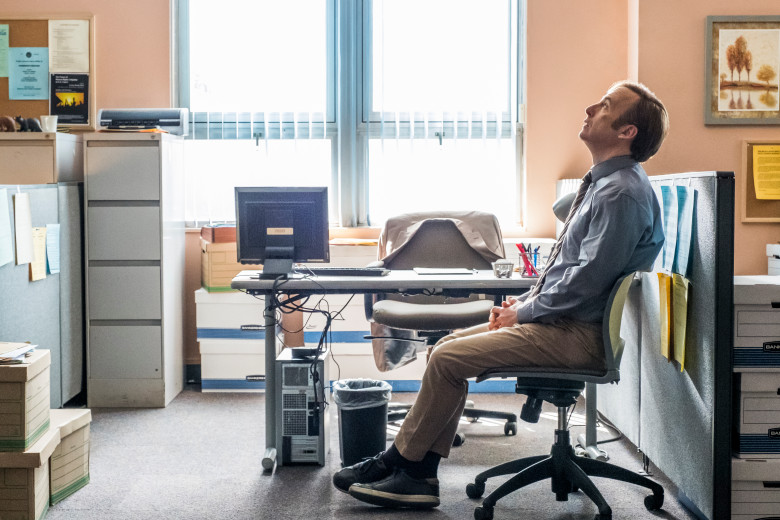 Last week, Jimmy learned a valuable marketing lesson: if there’s not a natural demand for your product, find a way to artificially create one. This week, he doubles down on that strategy with considerable success. Unfortunately, he also learns a much harsher lesson in the process: when you take shortcuts to generate business, you have to protect yourself from those wiling to go one step further to take what you have.

Or maybe the real lesson is this: if you’re gonna sell stuff out of the back of your car in the middle of the night, maybe you should bring someone to guard the money and watch your back.

On some level, you can’t blame Jimmy for selling phones on the street. At least he bought them first rather than stealing them. And it’s not his fault that he’s only seen one customer since he’s worked there. Yes, both his one in-store sale and his street sales were ethically challenged at best, but you can’t fault the guy for working hard. He’s already asked his manager for a transfer to a store with more foot traffic, which would make a lot of sense since his talents are being wasted in an empty store. So he does what any good salesman (well, what any good salesman with questionable ethics) would do and takes the product directly to the customer.

But getting rolled by a bunch of kids is a harsh reminder that he’s not as young as he used to be, and maybe he’s lost a step. Or maybe he’s just distracted. In any event, maybe this is part of the reason we see so many bodyguards and security measures at the offices of Saul Goodman and Associates in the years to come.

Of course, the real issue is that Jimmy needs to stay busy. It’s either that or deal with his feelings about Chuck, and he’s not ready to talk yet. After all, if Howard’s seeing a therapist twice a week and is still an emotional wreck, why should Jimmy bother?

As usual, Jimmy’s risk-taking, free-wheeling sales venture stands in sharp contrast to Mike’s methodical approach. Gus is finally ready to start building what will become Walter White’s super-lab, and Mike’s interview process for potential contractors is fun to watch. We only see two candidates, but I’m guessing there are several more that didn’t make the cut because they couldn’t handle the trip to the site. Ultimately, the job goes to someone who is thorough, honest, realistic, and professional—much like the men he’ll be working for.

Kim is also taking a huge risk, blowing off Mesa Verde to represent low-level criminal defendants. Kim’s priorities haven’t been the same since last season’s auto accident, and that’s probably not a bad thing. She’s been working her ass off so that a small regional bank can become a slightly larger national bank, and while it’s been great for her balance sheet, it doesn’t seem to be doing much for her otherwise. On the other hand, while she’s making very little (if anything) defending ungrateful delinquents and terrified drug offenders, it makes her feel good. Eventually, she’ll have to decide whether that good feeling is more important than the financial stability that Mesa Verde can provide. It’s hard to pay bills with job satisfaction. But it’s also tough to live with yourself when you know your work has no real value other than to make corporate executives and shareholders a little bit richer.

Lance Fights Back, but Joe Has the Last Word on an All-New ‘Ballers’