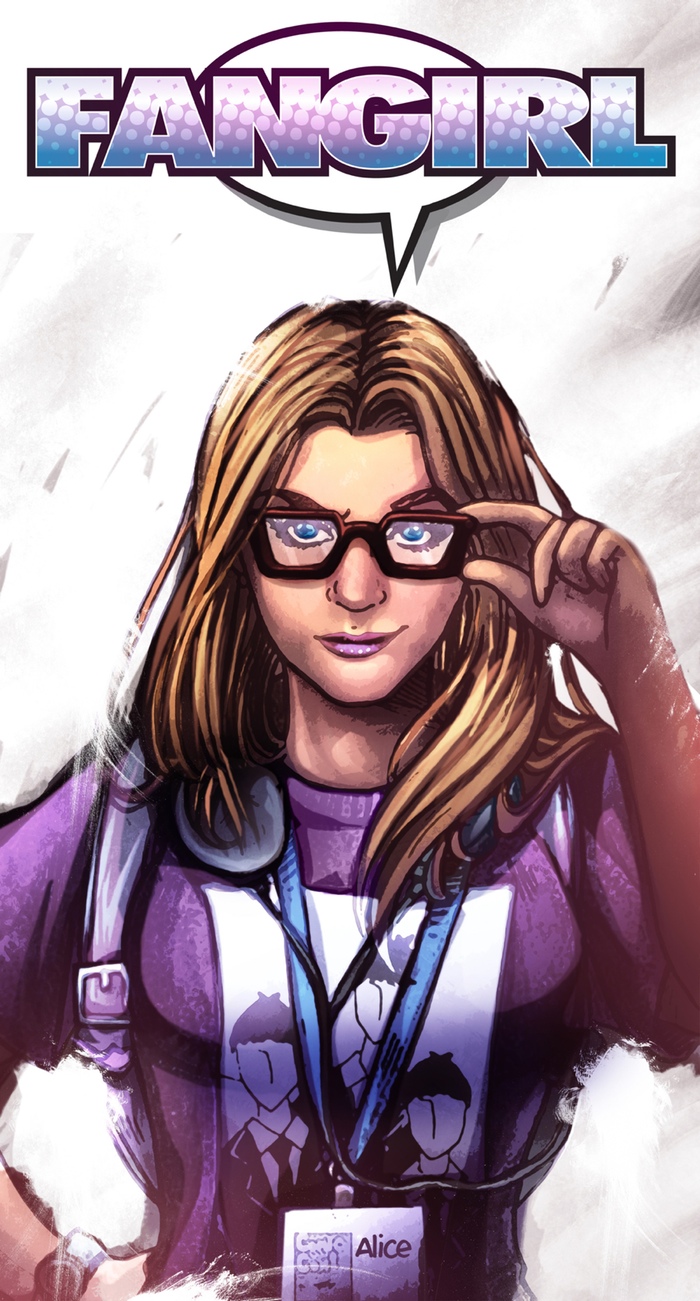 For us girls, it’s hard to find a good female character to look up to in the nerd world. There are few strong female protagonists in comics and other facets of nerd culture, especially ones that are “as nerdy as the boys.” That’s why writer and CEO of Spinner Rack Comics, Tom Stillwell, is working on an incredible graphic novel, called Fangirl!

Fangirl is a story about a teenage girl who is meeting her online game guild for the first time at Comic Con. While there, she witnesses a murder with her guild friends. They spend the rest of the convention hiding from the murderer. You can watch the Kickstarter video below.

I’ve looked over the first nine pages of the novel, and found it quite enjoyable. The beginning of the story is fun and the characters are ones with whom you can connect personally. Its deeper than that, though. The inspiration for the graphic novel was Stillwell’s own young nerdy daughter. He wanted to provide a strong female character for her to look up to. The artist for this project is a young woman named Jessica Lynn, who has actually never worked on a comic before but is an awesome illustrator who refuses to get involved with a corporate comic company. This project and those involved want to remain independent and true to what they want it to be, and that’s incredible!

How Do I Get Involved?

So, you want to help out and get a chance to experience this graphic novel? Well, the campaign ends this Saturday, May 23rd, and they still have a ways to go, but they are getting dangerously close to their goal! You can donate just $5 and get a thank you mention, or go all the way up to $500 and get a character in the comic! Check out their campaign and some of their rewards, and be a part of a wonderful story for geek girls and guys everywhere!