Apps rule the mobile world, point blank period. People don’t go out of their way anymore to check their emails because there’s an app (and auto-sync toggle) that does it for them. When you want to play games on the road, why go through the trouble of installing TV’s in your car for games when you can get a seat mount that allows you to place your tablet there instead? That’s the power of modern computing and the app age.

It’s all about the Apps, Specifically the Amazon App Store

Among one of my most used apps for Android apps (call it a meta-app) is the Amazon App Store. When you think store, you think Google Play, which I use a lot also. The difference is that Amazon’s storefront is quite a bit less popular than the former, and that works to our benefit as the end user. Often times, when a company is looking to market and build a product against a much more popular competitor, they go above and beyond to attract users, and that’s what makes the Amazon’s App store such a gem.

You see, children, the Amazon App Store has these sales, and not just any sales either. Everyday, you can get an app for free, no catch 22. Beyond that, they have very sporadic “super sales” that can get you $100-$200 worth of apps absolutely free! No joke, no games, no surveys. Apps are going for the greatest price known to man: zilch. We’re not talking about some joe blow game that sally sue made using an online app builder, either. Another World was on sale at one point, Cut the Rope: Experiments, Endomondo Sports Tracker PRO, Goat Simulator, Minecraft: PE, Leo’s Fortune, and the list goes on… and on… and on.

If you are a professional, there are some treats for you, too! For example, Merriam-Webster’s Collegiate and New International Pro dictionaries were both on sale at one point. It’s worth noting that these apps are anywhere from $40 to $60 each (which does help boost the app totals in the giveaways, but nonetheless). SketchBook Pro, Wolfram|Alpha, Longman Dictionary of Contemporary English, Human Anatomy Atlas; I could go on naming apps forever and ever that I’ve gotten on Amazon’s App Store. Some of the apps I really have no use for, but I would be a fool to pass up a $30 app that’s free. 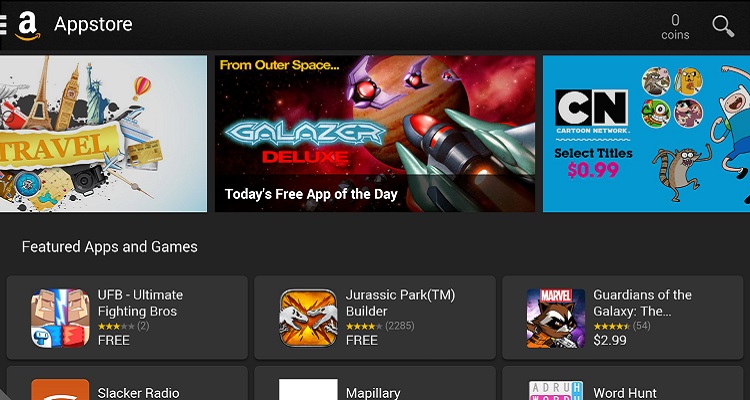 Drawbacks…But It’s Not What You’re Thinking

There are just a handful of caveats to this though, just a few. The first one is that this is only for Android, obviously. Due to Apple’s restrictions, there is no other storefront you can get apps from on Apple (at least without jailbreak). The next issue is that these app purchases do not sync with the Google Play Store. So an app that you got on Amazon won’t show up as a purchase on Google Play.

Finally, there aren’t nearly as many apps available on the former as there are on the latter. The online superstore conglomerate has made long strides and has a great selection of apps, but it pales in comparison to Google simply because devs are reaching a significantly broader audience, though that really doesn’t matter unless you have the phone space (and time… and internet bandwith…) for millions of apps.

There’s an honorable mention issue for those who are security obsessed. This app is downloaded via Amazon’s website and installed manually by you, the end user. This involves you checking unknown sources for the installation of the APK. For those of you with an infatuation with the security of your device, this may turn you away.

All in all, this store is awesome. Do you use the Amazon App Store? Have you taken advantage of the deals? Let us know in the comments below.