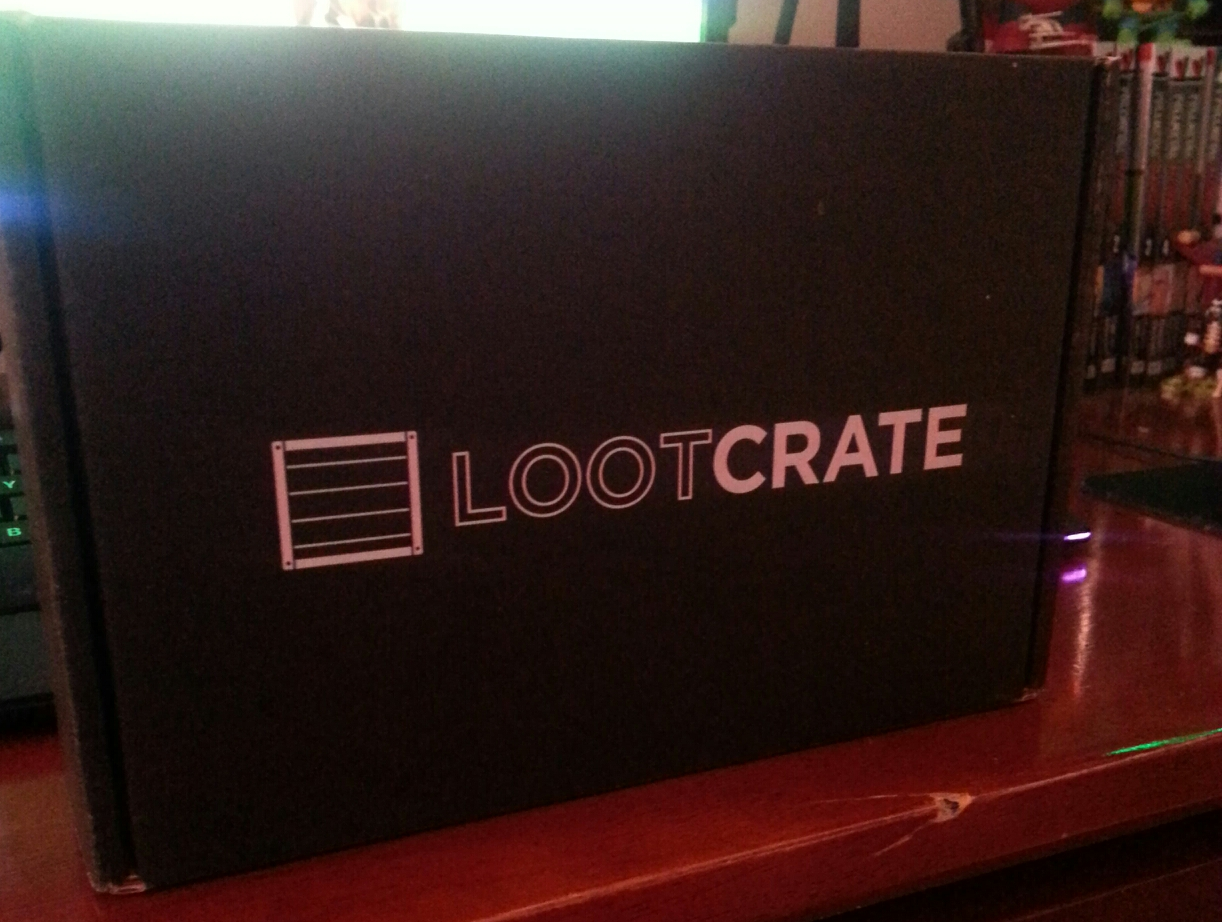 Another month, another frustrating interaction with USPS refusing to use the doorbell to let me know they were dropping my newest Loot Crate unceremoniously on my front step. But that’s a whole different story, CHAD THE USPS GUY, isn’t it? But I rescued it from my cold and unfeeling front step and now it’s time to unbox the July 2015 Loot Crate!

This month’s theme is Heroes 2! Well let’s dive right in. The box had its usual pin and magazine: 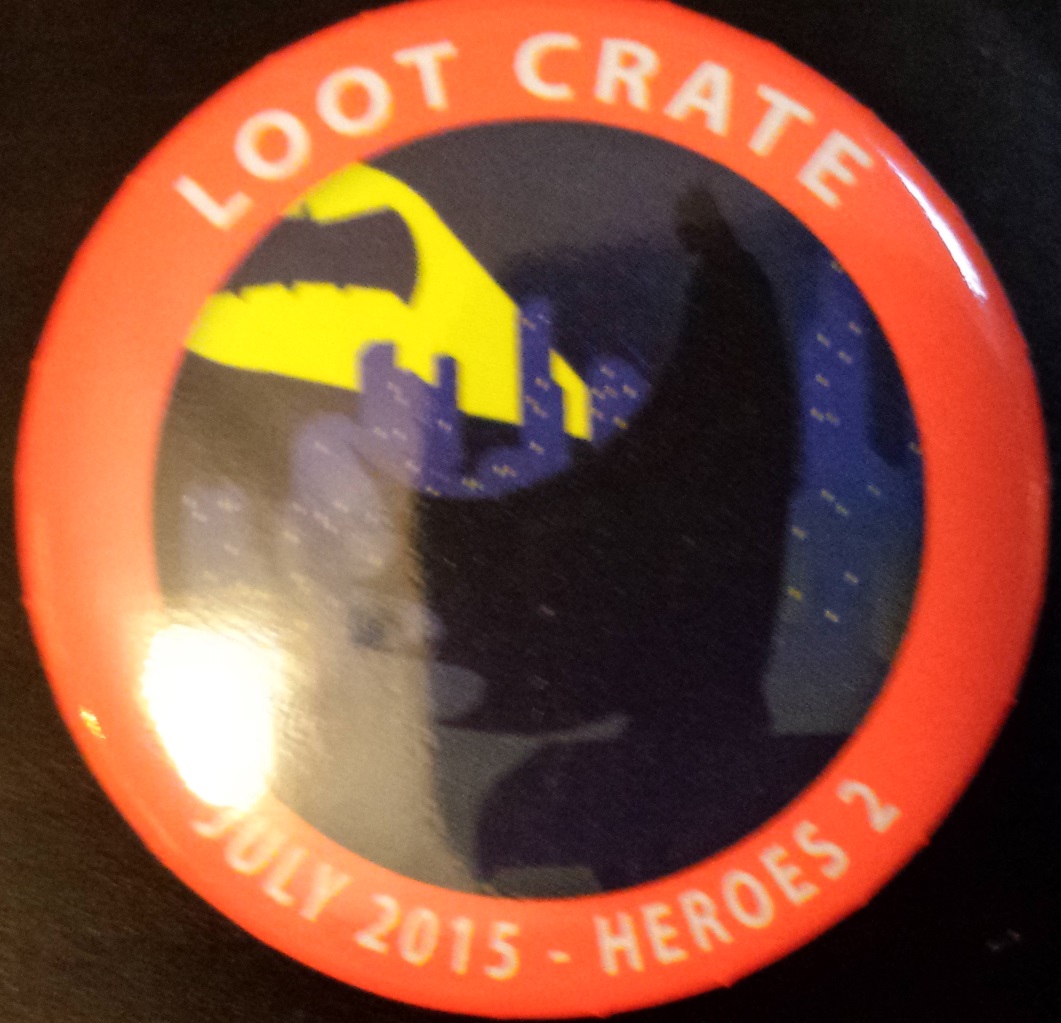 The magazine featured a brief history of Wonder Woman and Batman, as well as a Q&A with Jon Schnepp, who produced The Death of “Superman Lives”: What Happened?, a documentary about the almost film, Superman Lives. 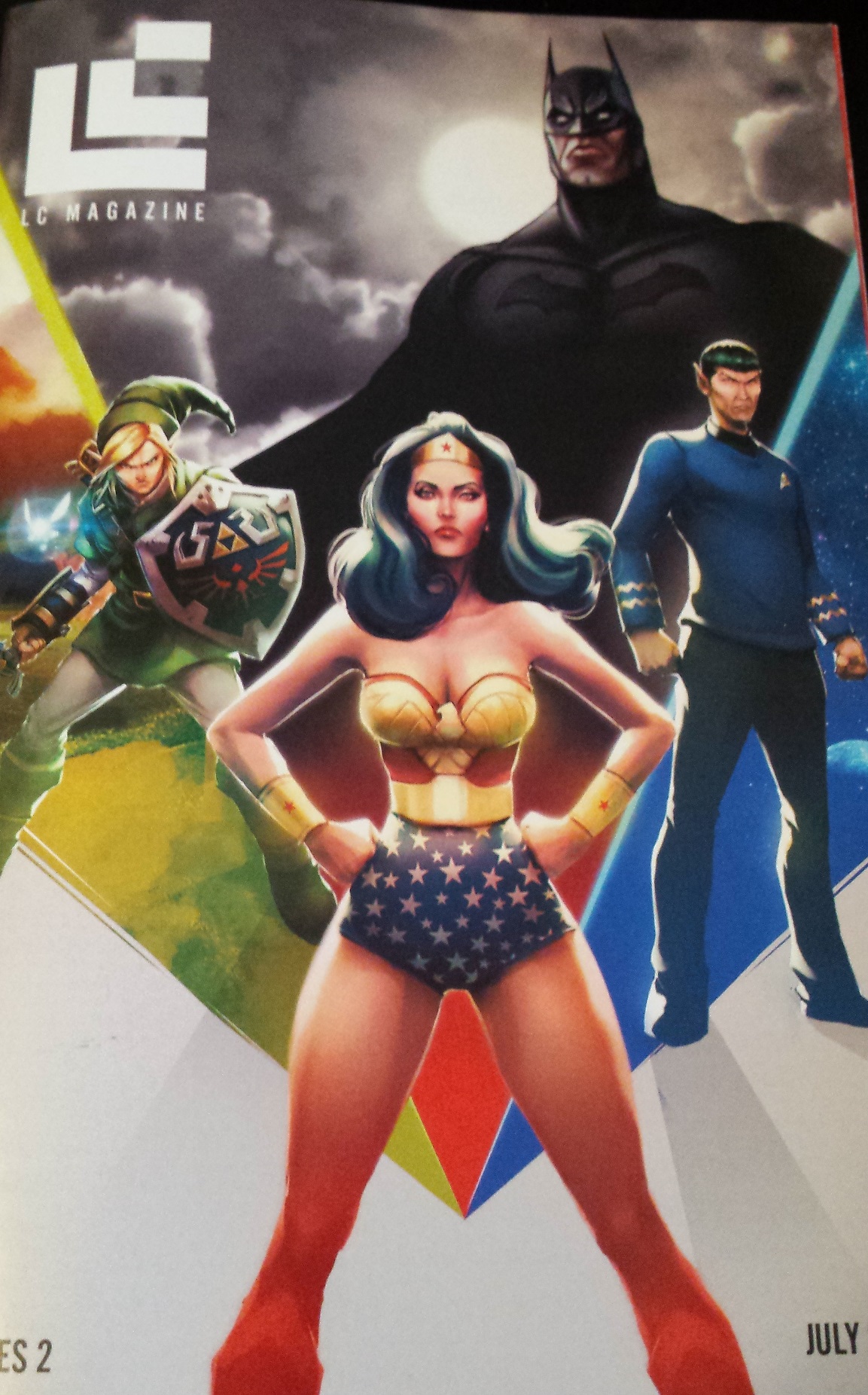 Also, and I don’t want to cause a panic, but it was announced in this magazine that there will be a Fallout 4 Limited Edition Crate coming soon! So sign up now for Loot Crate and don’t miss out!! 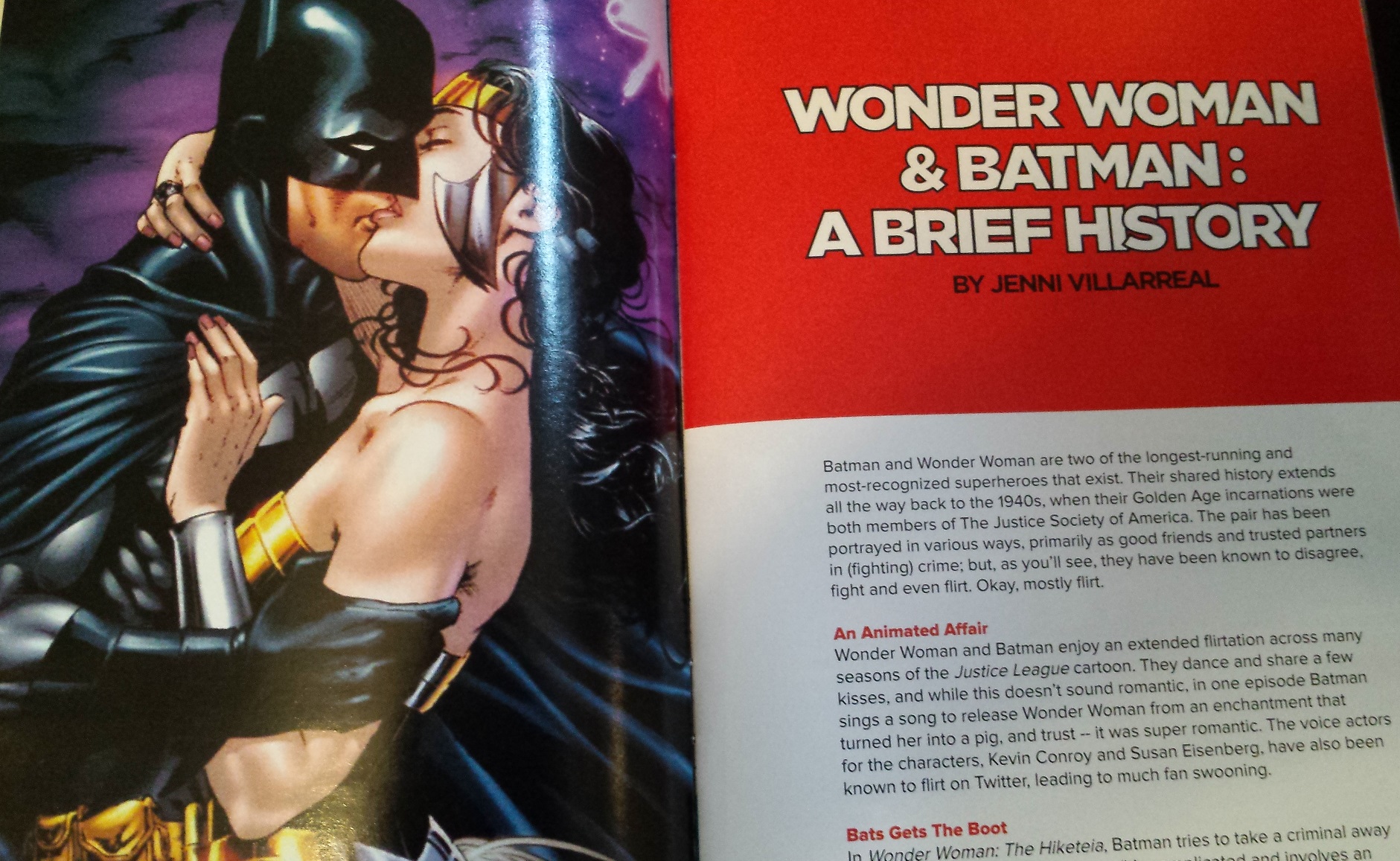 Okay, let’s move on and see what else this Loot Crate had: 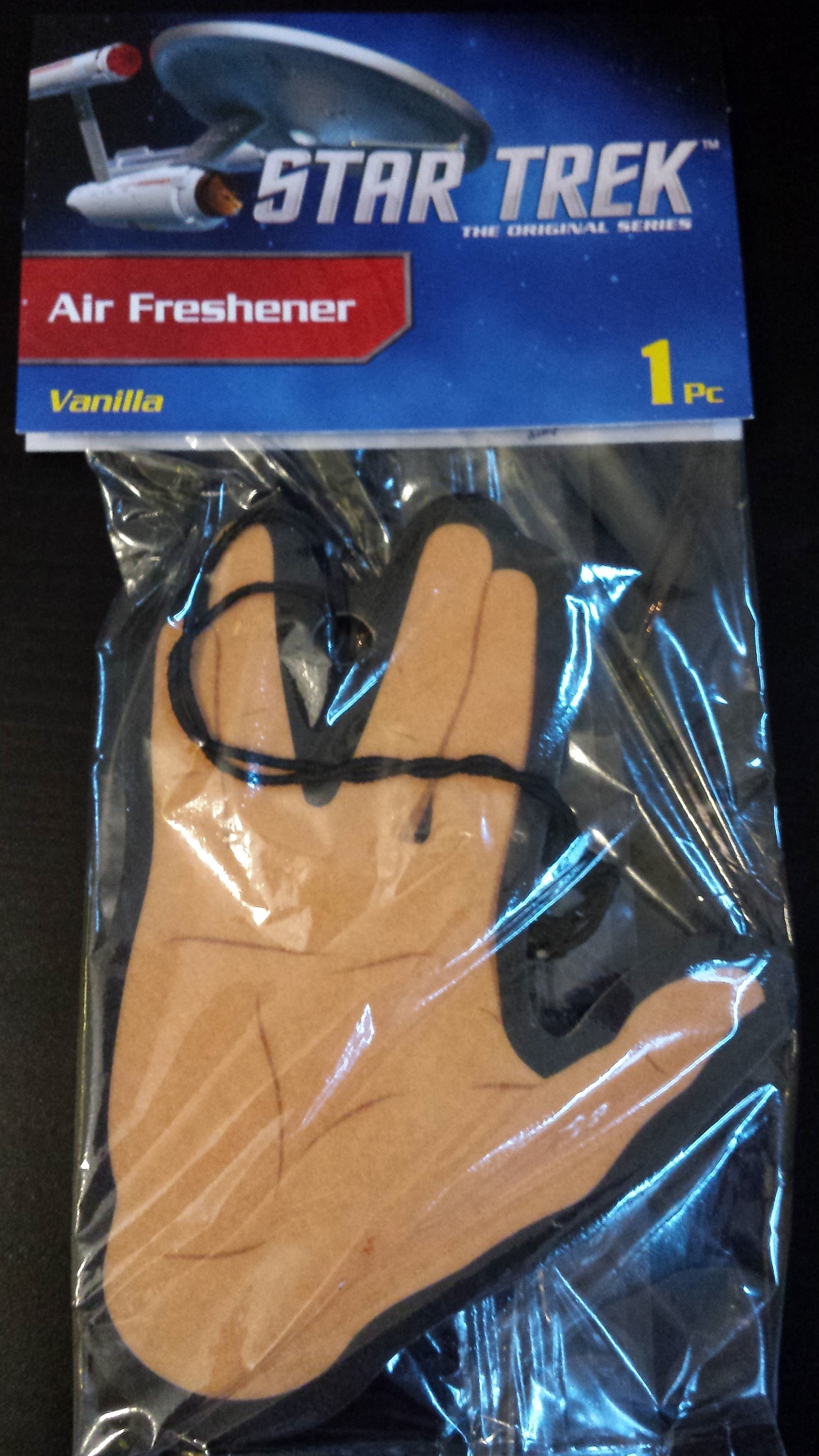 Your eyes do not deceive you, friend. That is a vanilla scented car freshener. I can personally attest to its strength of scent and its sweet, sweet smell of peace and prosperity. 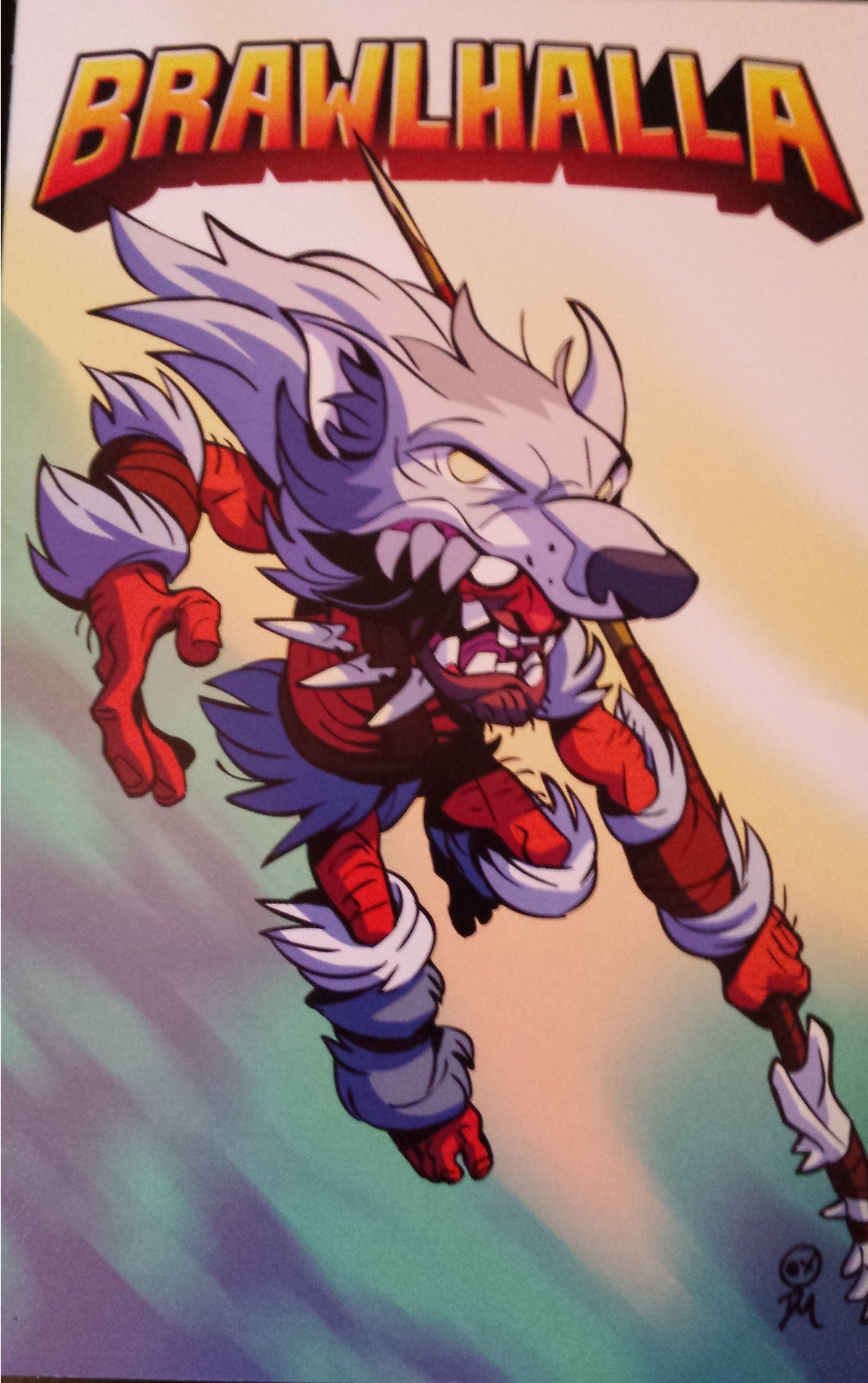 Aw, yeah. This download card for Brawlhalla has tons of exclusive skins, weapons, and characters. Don’t know what Brawlhalla is? It’s a new 2D platform fighter available on Steam and is a cross-platform multiplayer, co-op brawler. It’s all about the beatdown in this Super Smash Bros twin! 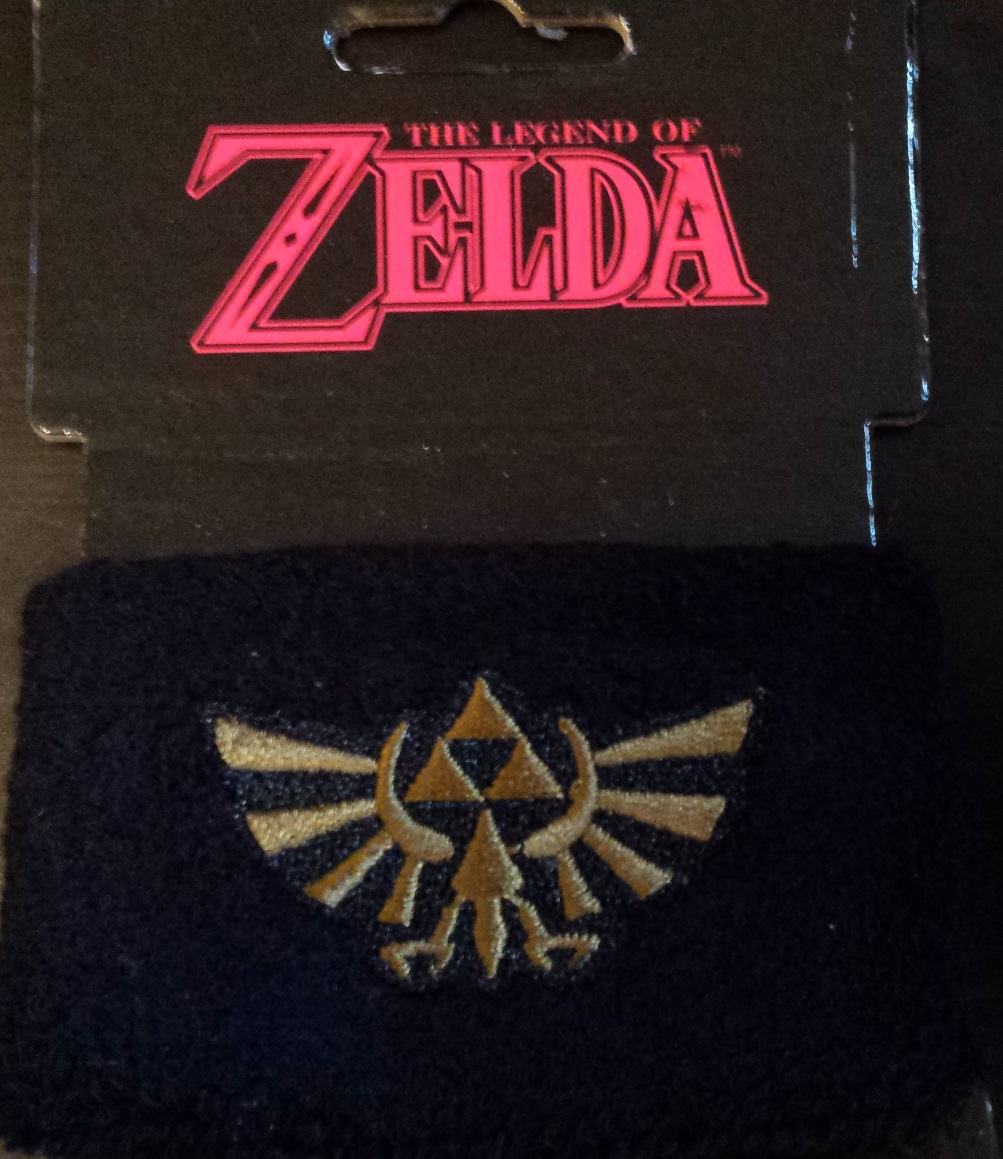 Bring your nerd to the gym with this snazzy sweatband featuring the Triforce from the Legend of Zelda games. It’s made by Bioworld from black terry clothes and is super comfortable. 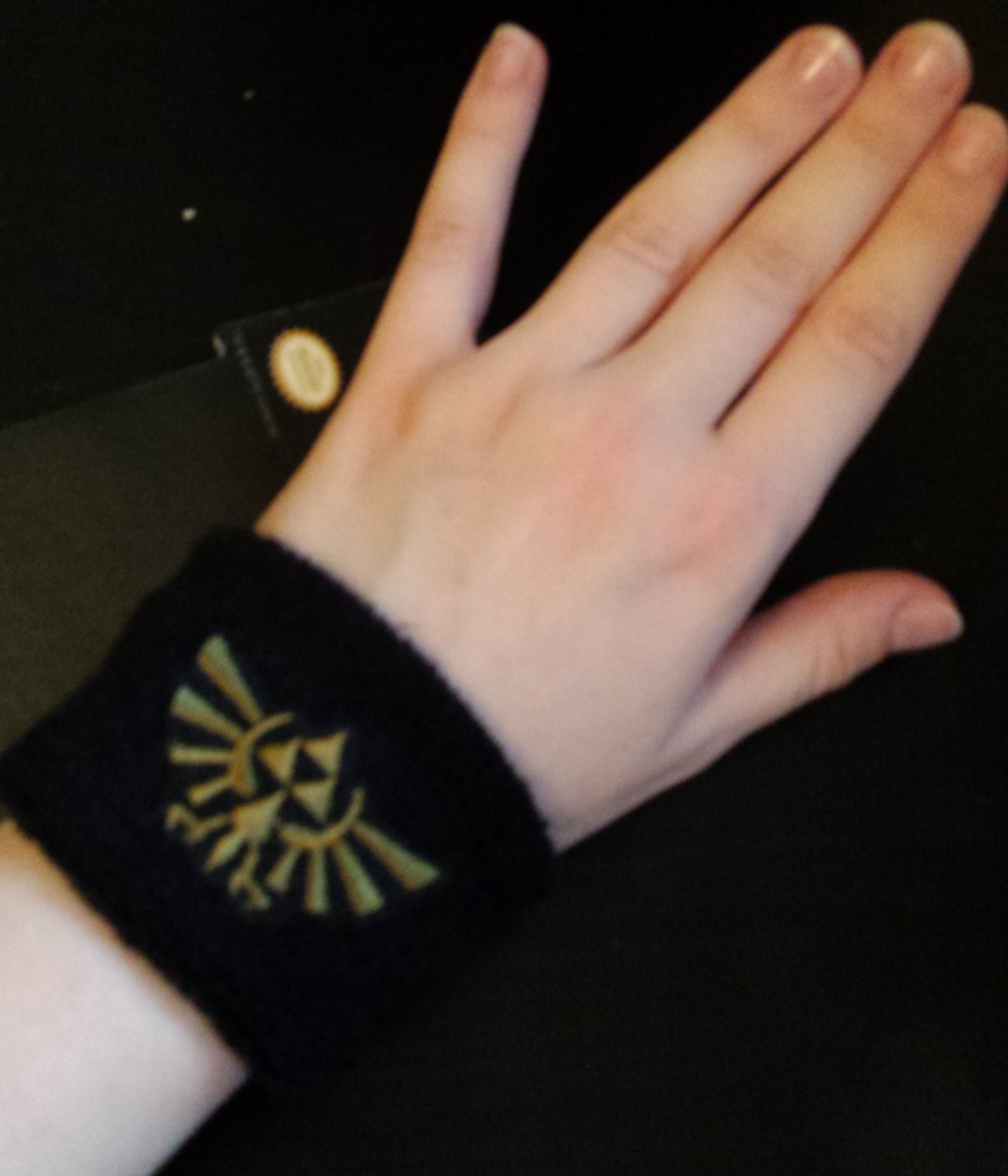 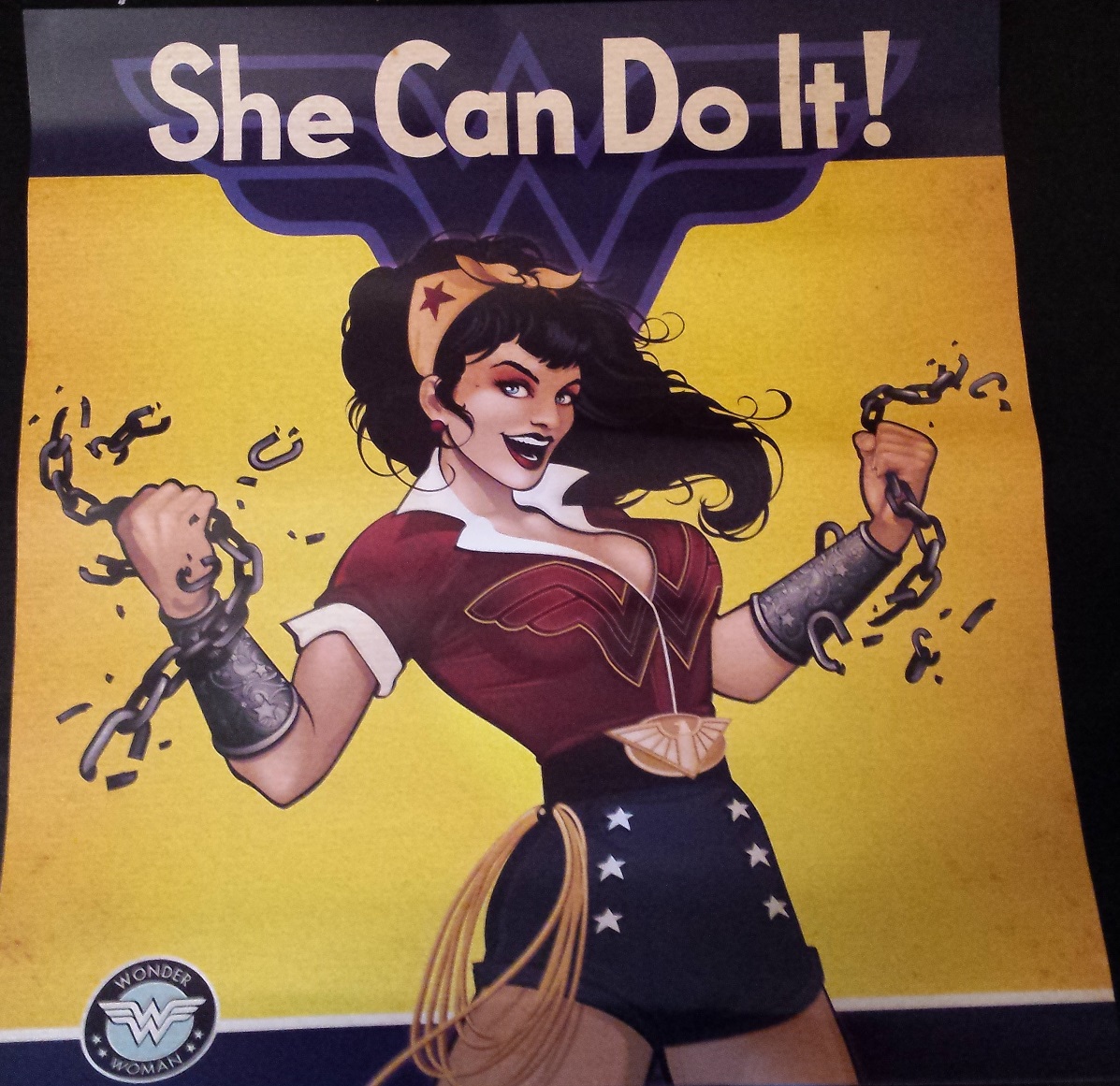 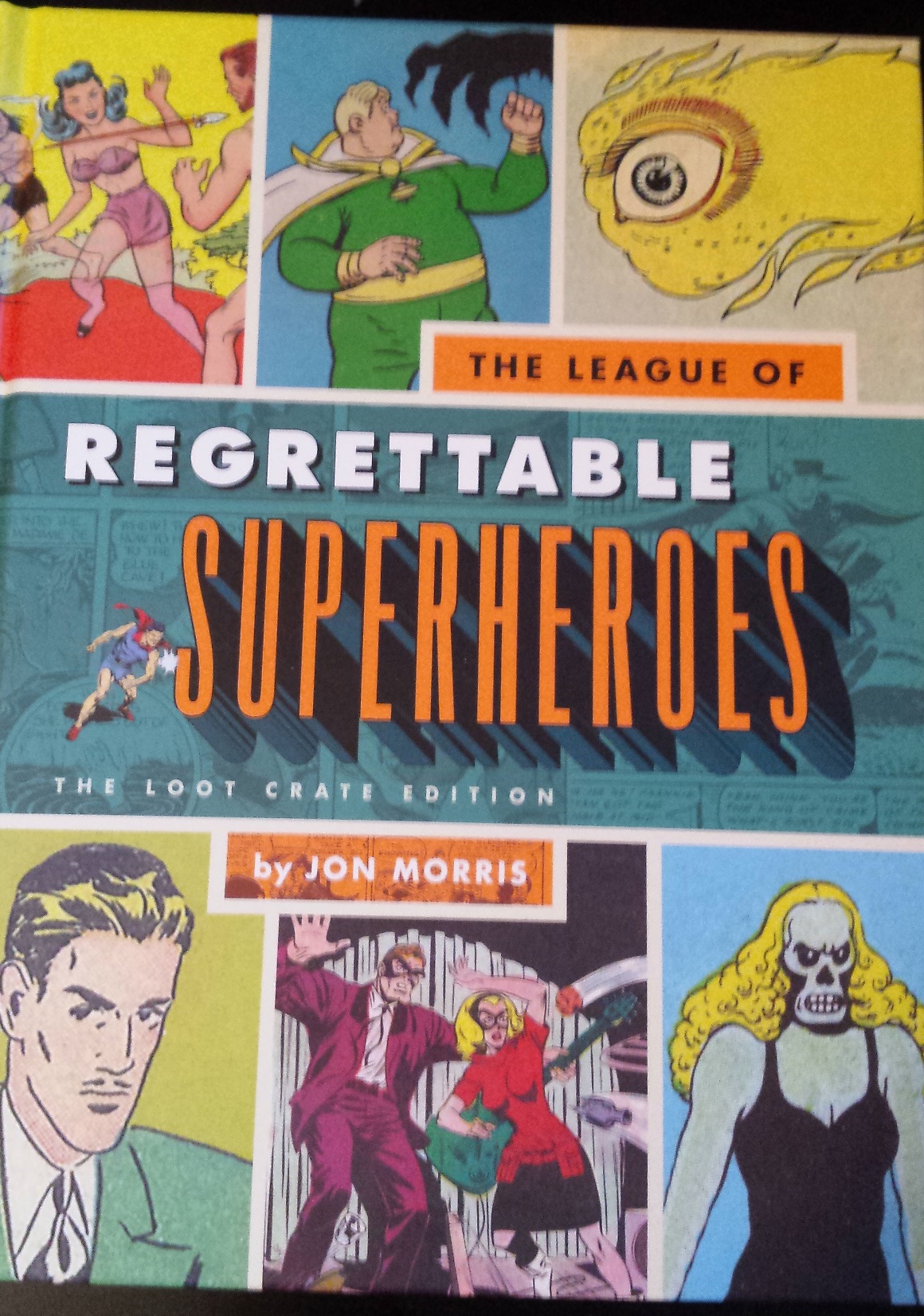 Though I was a little disappointed that there was no awesome t-shirt in this month’s Loot Crate, there was this exclusive collectible from Quirk Books. The League of Regrettable Superheroes looks at an array of comic book heroes you have never met…and probably wouldn’t want saving your life anyway… Like Mother Hubbard… 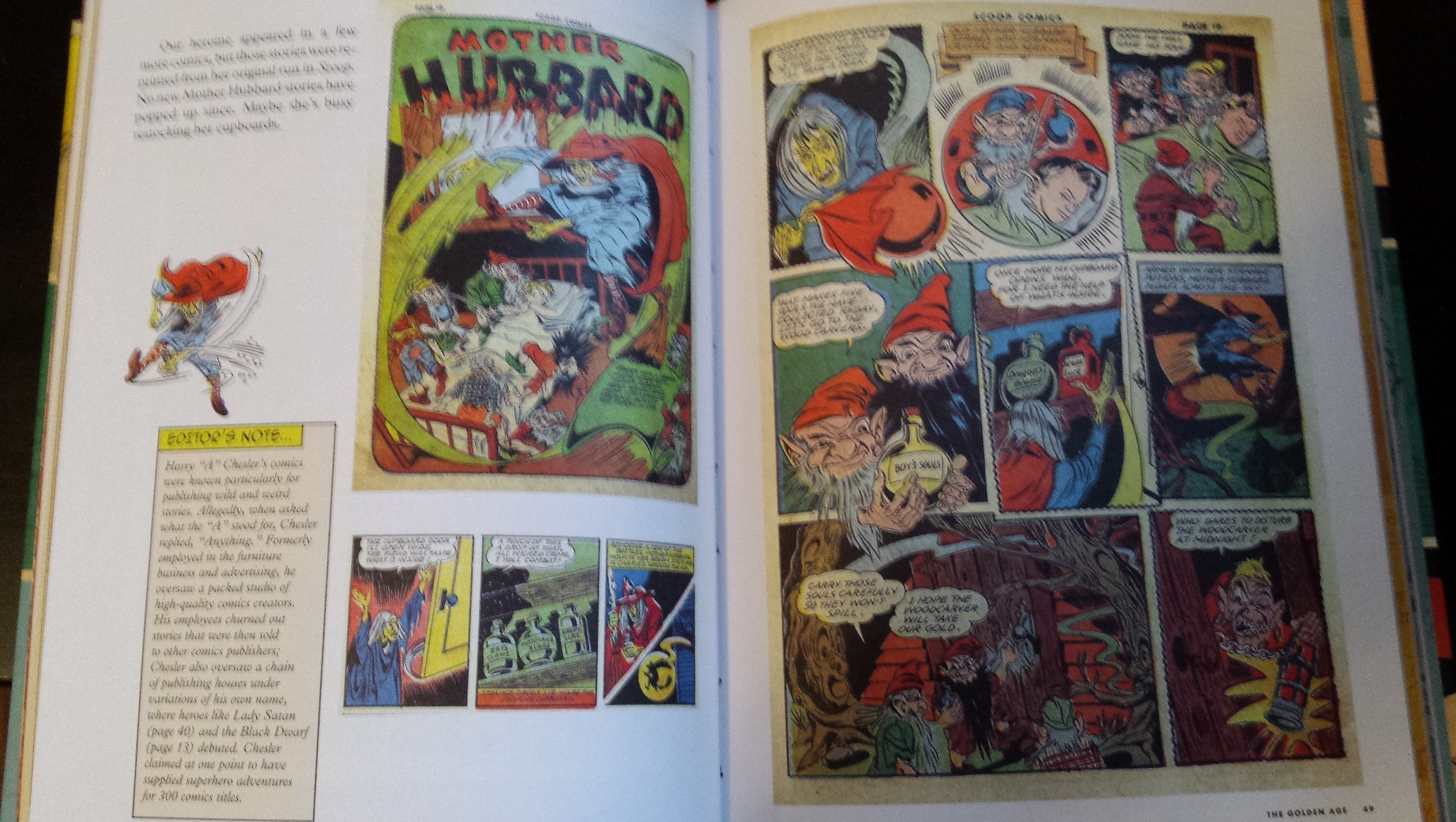 As I am sure you were able to guess from this month’s Loot Crate pin and magazine articles, the featured superhero is Batman. Included in the box was none other than your very own Batman multitool…the Batchain… is what I would assume Batman would name it: 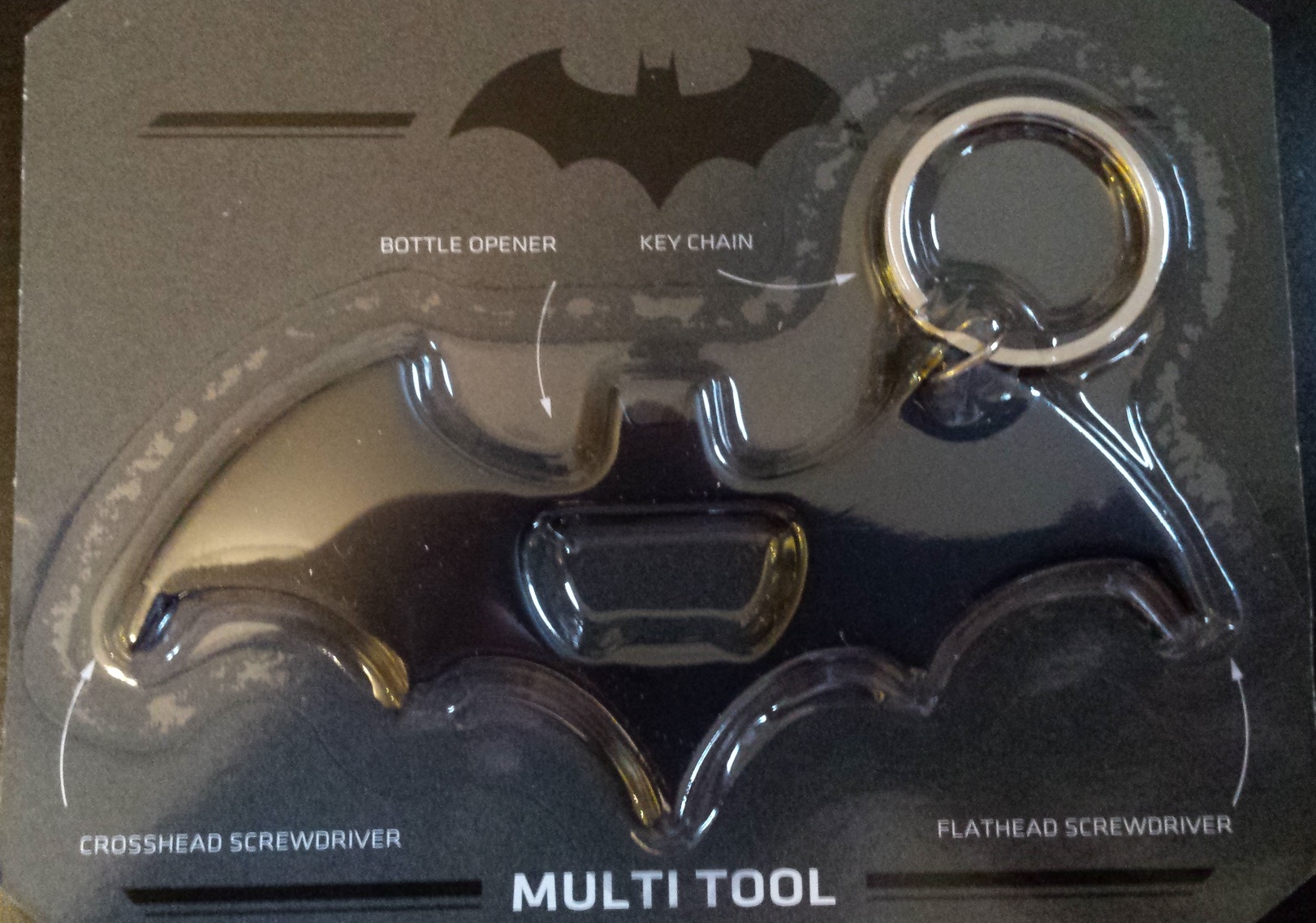 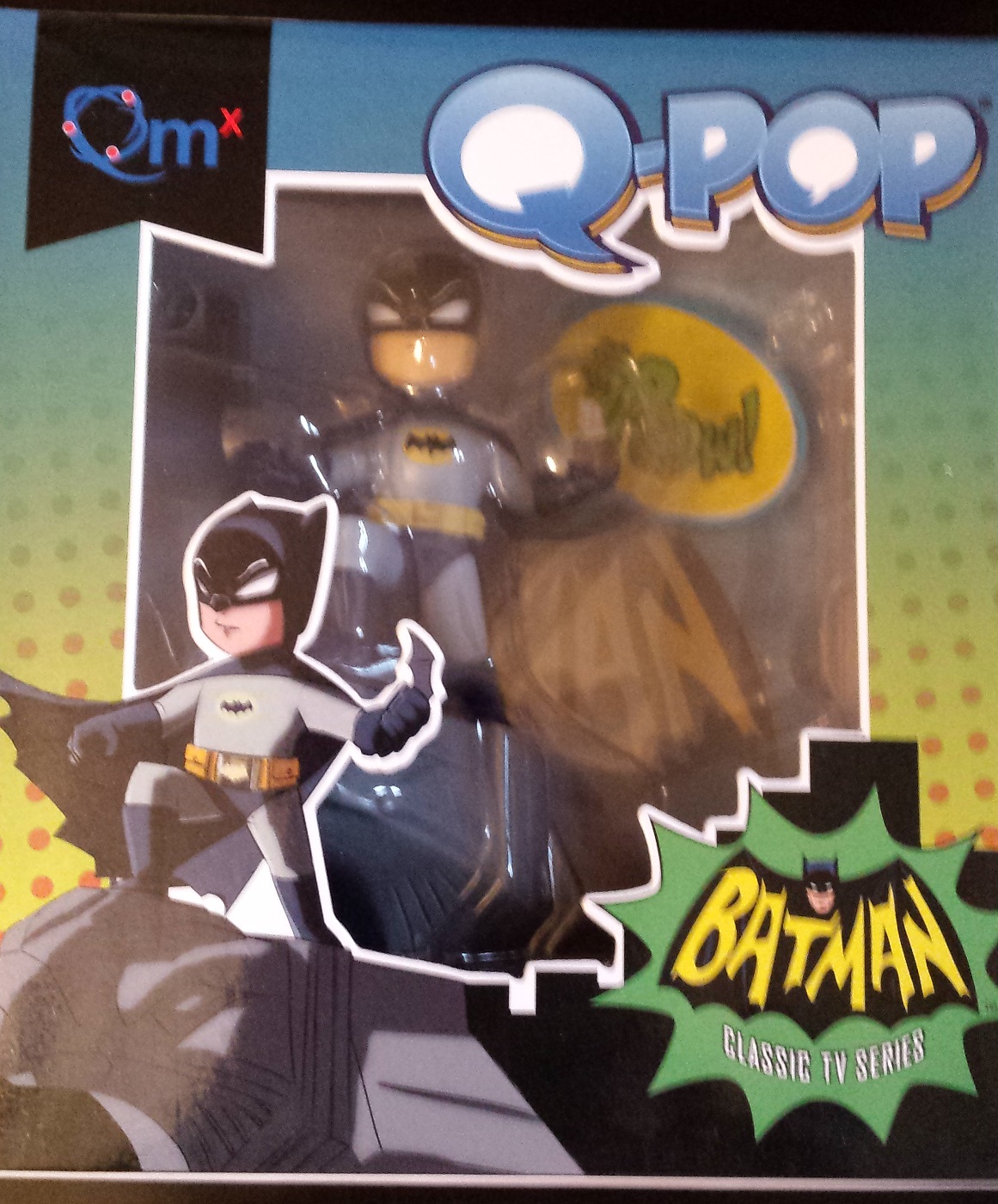 This little Batman is so adorable: 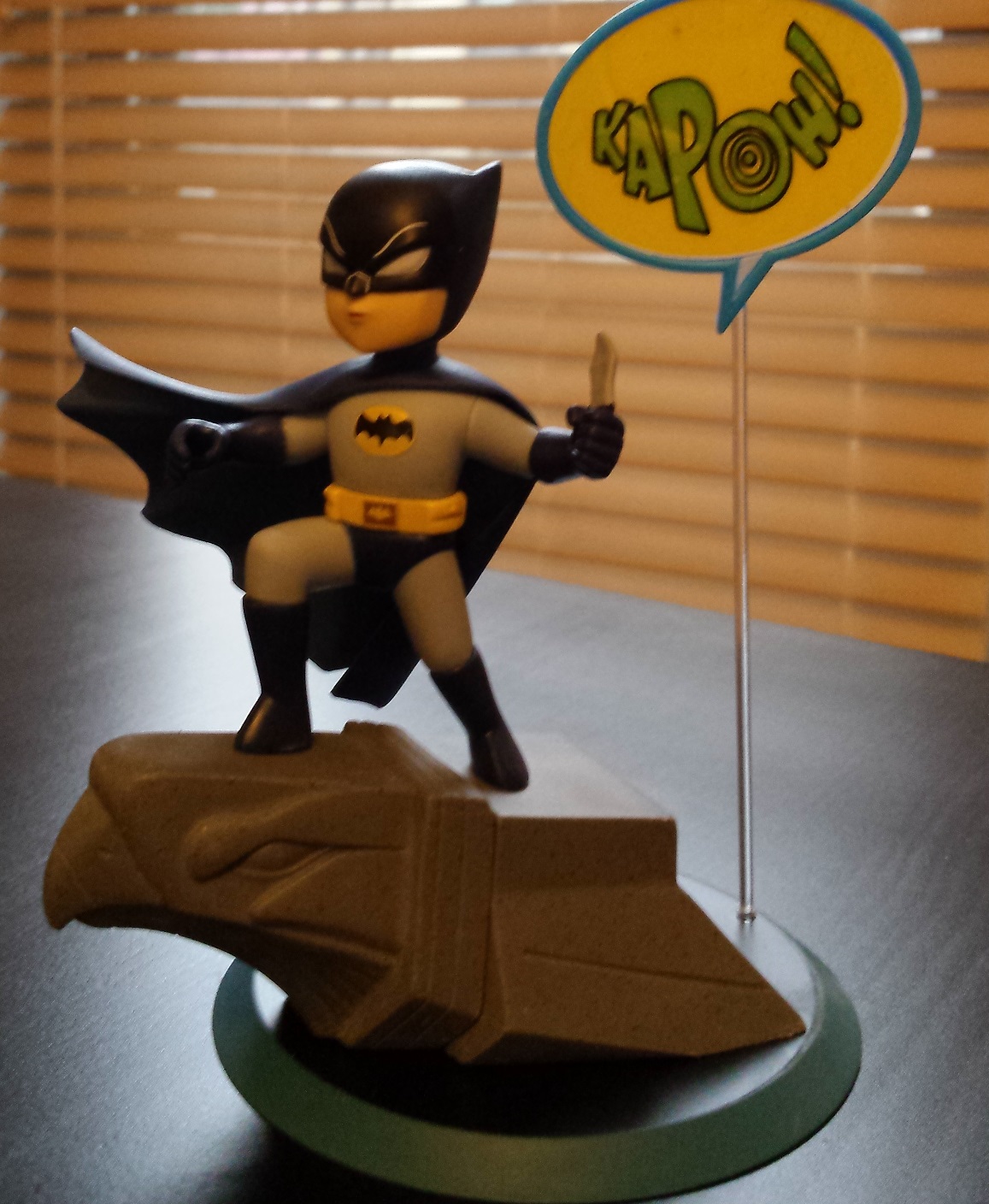 And what’s this? A whiteboard speech bubble? 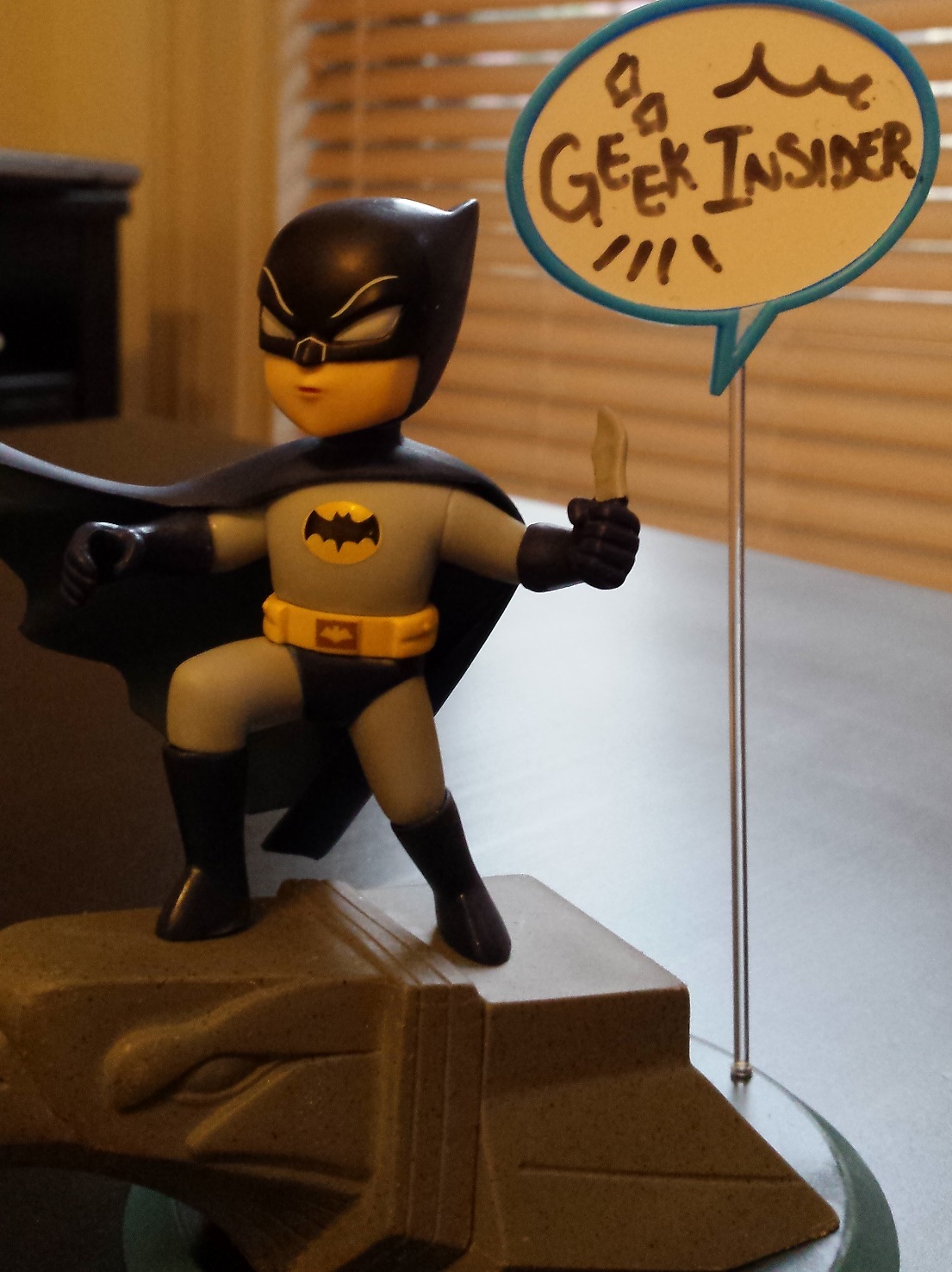 One question though… Why is Mini Batman going straight for his Bat Blade? Isn’t he supposed to punch a bad guy first? Why is he going straight for the stabby-stabs? Anyway, the Loot Crate box itself was pretty amazing and turned into a Mini Gotham building: 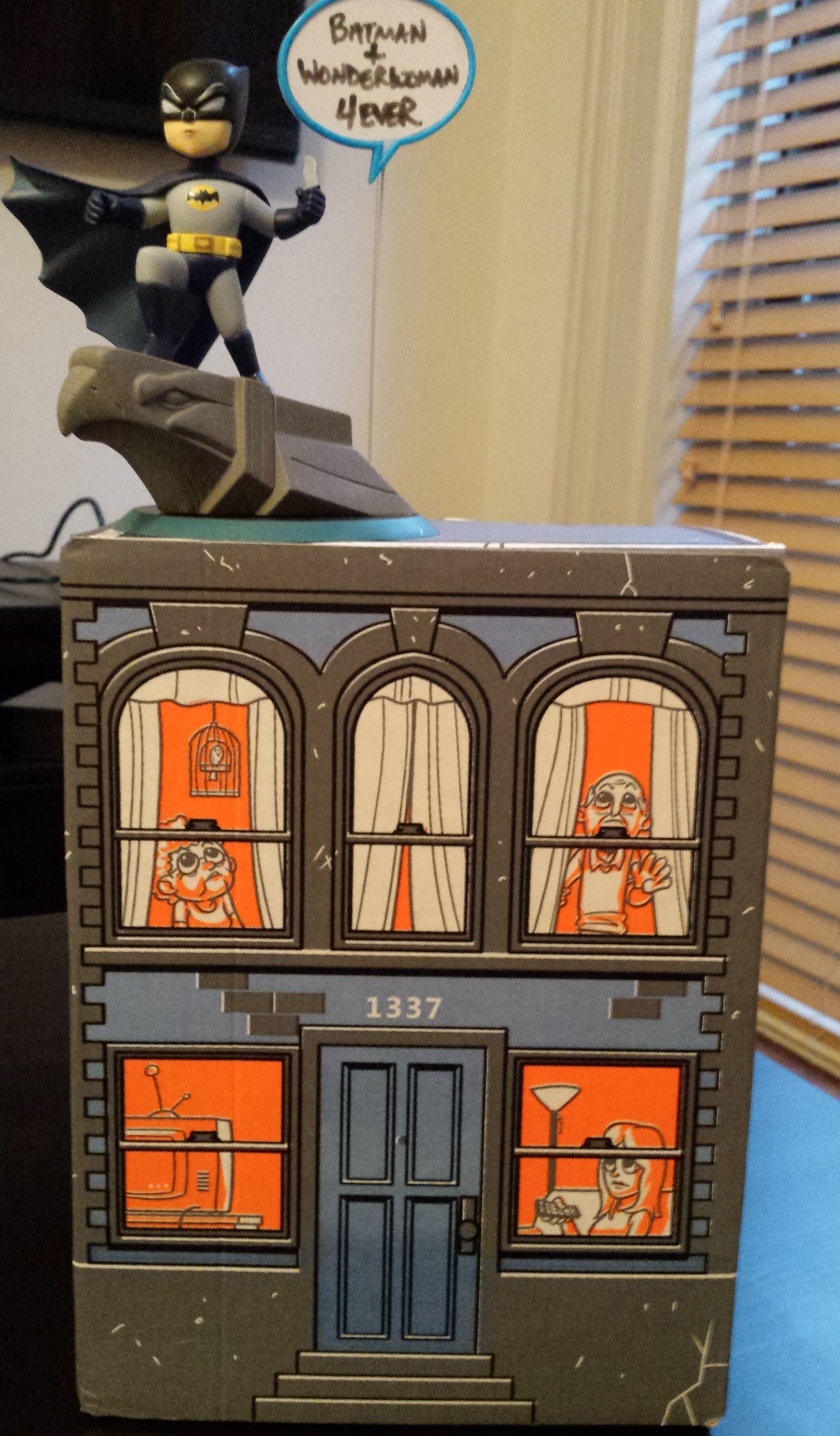 Make sure to note the Joker graffiti at the bottom of the building: 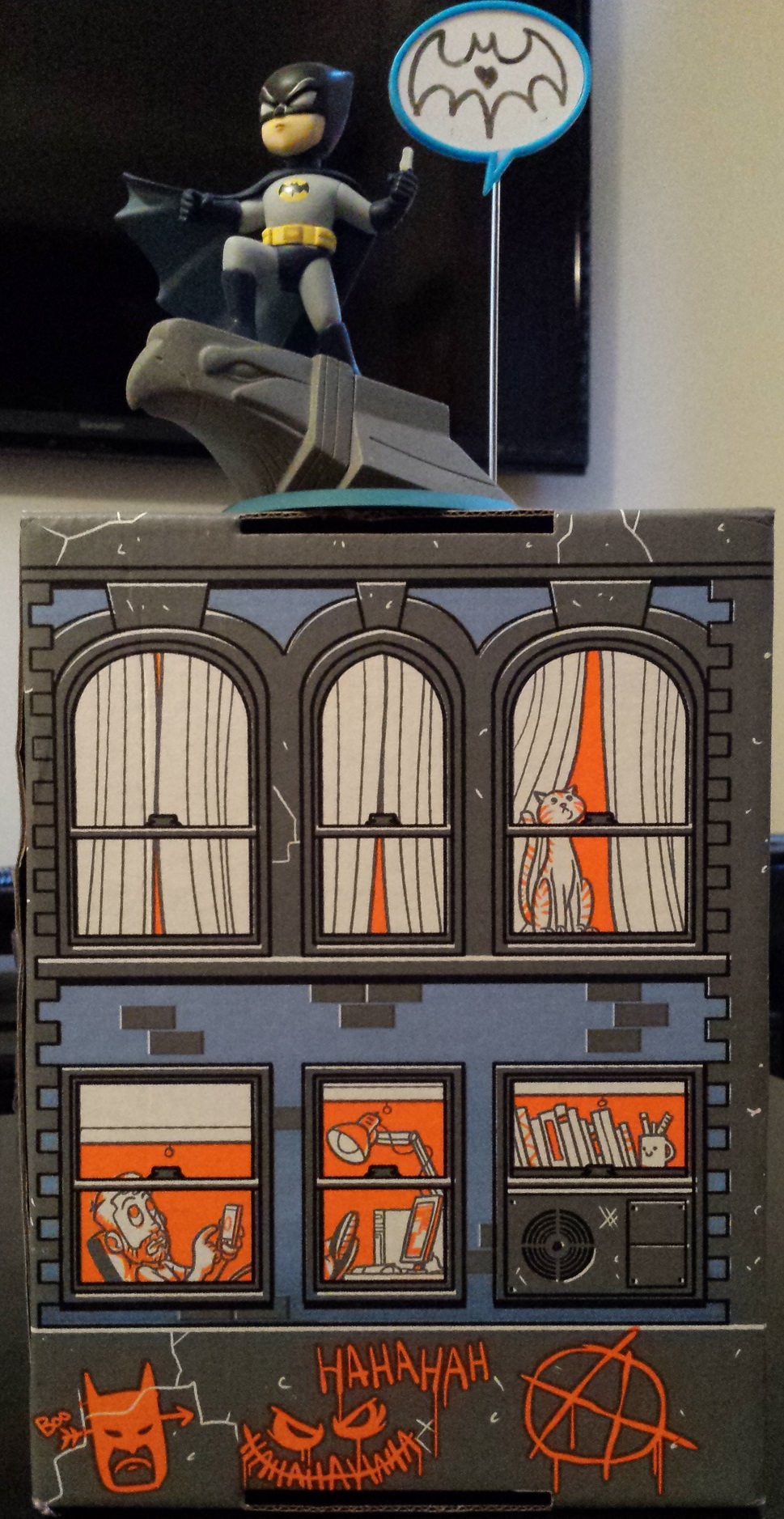 So, despite not getting a super awesome Loot Crate shirt, I did get a Mini Murderous Batman with matching Batchain.

Don’t forget: you can still sign up for next month’s Loot Crate. And who knows, it might even be the limited edition Fallout 4 one.