Ever since Disney acquired the rights to Star Wars, they’ve been trying to bring the famed and acclaimed series back to the big screen. Star Wars Episode VII: The Force Awakens comes back to theaters this December, and while support for the new film was originally lacking, J.J. Abrams’ promises to make sure it’s done like the original trilogy seem to have mollified the crowd. But a new trilogy is not the only project in the works. As part of a new Star Wars “Anthology,” Disney plans to create a spinoff prequel which will tell the background story of Han Solo, Harrison Ford’s famous and beloved pilot/smuggler/scoundrel character. 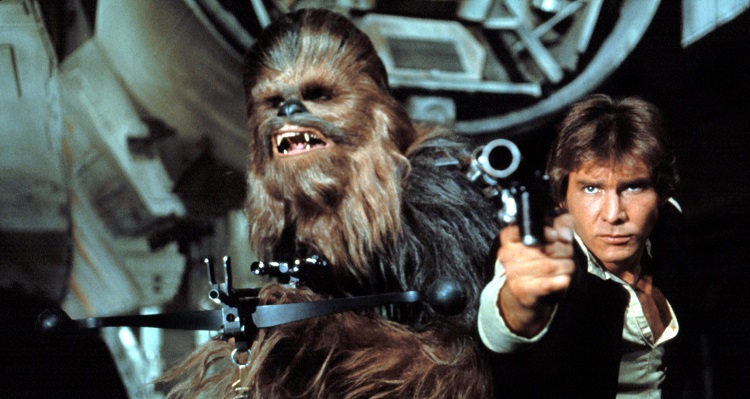 Pretty much everything Star Wars fans need to know about Han Solo’s character can be found in the A New Hope cantina scene, in which he brags about his ship and his skills, shows his roguish ways, and shoots a bounty hunter without blinking an eye (Han shot first!). Later on, he shows that there’s more to him than just his scoundrel nature, and that he is an excellent fighter and a loyal friend, leader, and comrade. You just know what’s going on in his head on Endor when he winks, says, “Hey, it’s me,” and proceeds to not-so-stealthily attack a crew of Stormtroopers solo.

So how does one make a backstory movie about Han Solo? Most of the Star Wars expanded universe has been done away with for the new series and Star Wars fans don’t like prequels, for obvious reasons. Also, who the heck can play Han Solo as well as Harrison Ford? To many, Harrison Ford is Han Solo. However, since Harrison Ford will probably not be involved in a movie set during the younger years of his character, there’s still a lot to be ironed out here. If Disney can manage the difficult task of casting a young Han Solo, though, there’s also a lot that could potentially be done. Or maybe they’ll reach too far with trying to squeeze out every bit of Star Wars material and moviegoer money. They definitely don’t like to take things slowly, and it could backfire on them. It wouldn’t be the first time.

The original trilogy (which, thankfully, will be the main source of plot) has a lot of stuff in it that can be put into a backstory. We could find out how Han won the undying friendship and respect of his Wookiee first mate Chewbacca. We could see him do “the Kessel run” in less than 12 parsecs. We could even see him win the Millennium Falcon from a younger Lando Calrissian (a friendship which, if done right, could be awesome on-screen) or watch him outrun the Empire in his trusty ship. And undoubtedly, there is more to his past than has been revealed, though we already know mostly how his story ends. If a Han Solo spinoff is to be successful, it has to be compelling and exciting in spite of its skeptically-viewed prequel status. Hopefully, this prequel won’t revisit Star Wars cinematic history in being ruinous for the franchise.

What Might This Film Do For the ‘Star Wars’ Franchise? 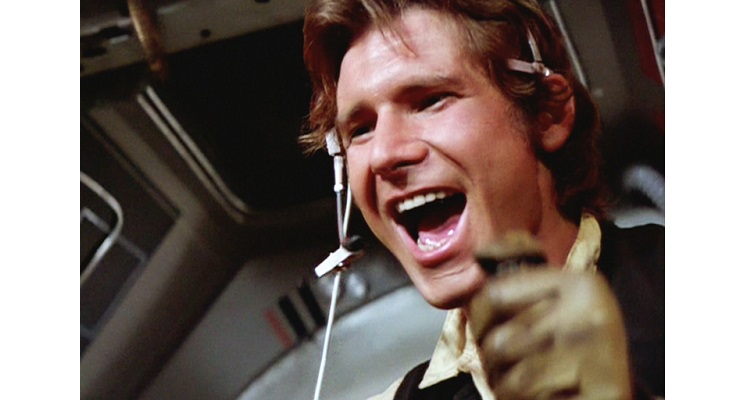 At the ripe age of 73, Harrison Ford will be reprising his role as Han Solo in the new Star Wars film and may even be in a new Indiana Jones movie. So he’s still pretty active. However, he may not be in the newly-expanded Star Wars universe for much longer, which could leave room for a younger version of him to come forth in a backstory which could potentially remind fans of the wonders of the original trilogy. Star Wars is nothing without the original main characters, so if Harrison Ford leaves the series, a well-done backstory film about him will keep things fresh and exciting. The Force Awakens will make many loyal Star Wars fans happy, and a Han Solo backstory film may have the potential to do the same.

However, it will be difficult to create such a story and still have it please avid Star Wars fans. Young Han Solo will be a tough part to cast and act out, though some fans have already expressed their belief that Chris Pratt should be considered (though in my opinion, he doesn’t really seem like young Han Solo material, in both age and looks). There will be lot of pressure considering the high standard that Harrison Ford has set. But if Disney can wow the Star Wars crowd and somehow meet or exceed their expectations with the new Star Wars films, it might not be much more of a stretch to tell the story of the young smuggler. Unfortunately, such a movie could also be a major let-down. Let’s just hope it doesn’t come to that.

Lawrence and Jon Kasdan will be writing the screenplay, while Christopher Miller and Phil Lord (21 Jump Street, The Lego Movie) will be directing. The film is expected to be released May 25, 2018.