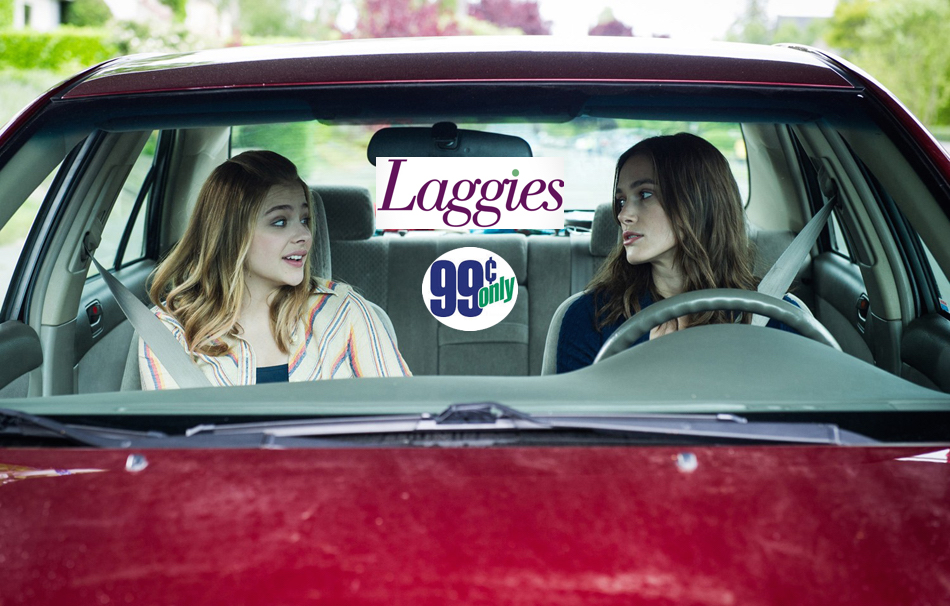 Every week, the folks at iTunes find a movie they like and make it available to rent for the low, low price of $0.99. I’m here to tell you if that film is worth your hard earned dollar.

This week iTunes looks to score some of that market-crucial “indie cred” with Laggies, Lynne Shelton‘s heartfelt ode to arrested development…the syndrome, not the show. 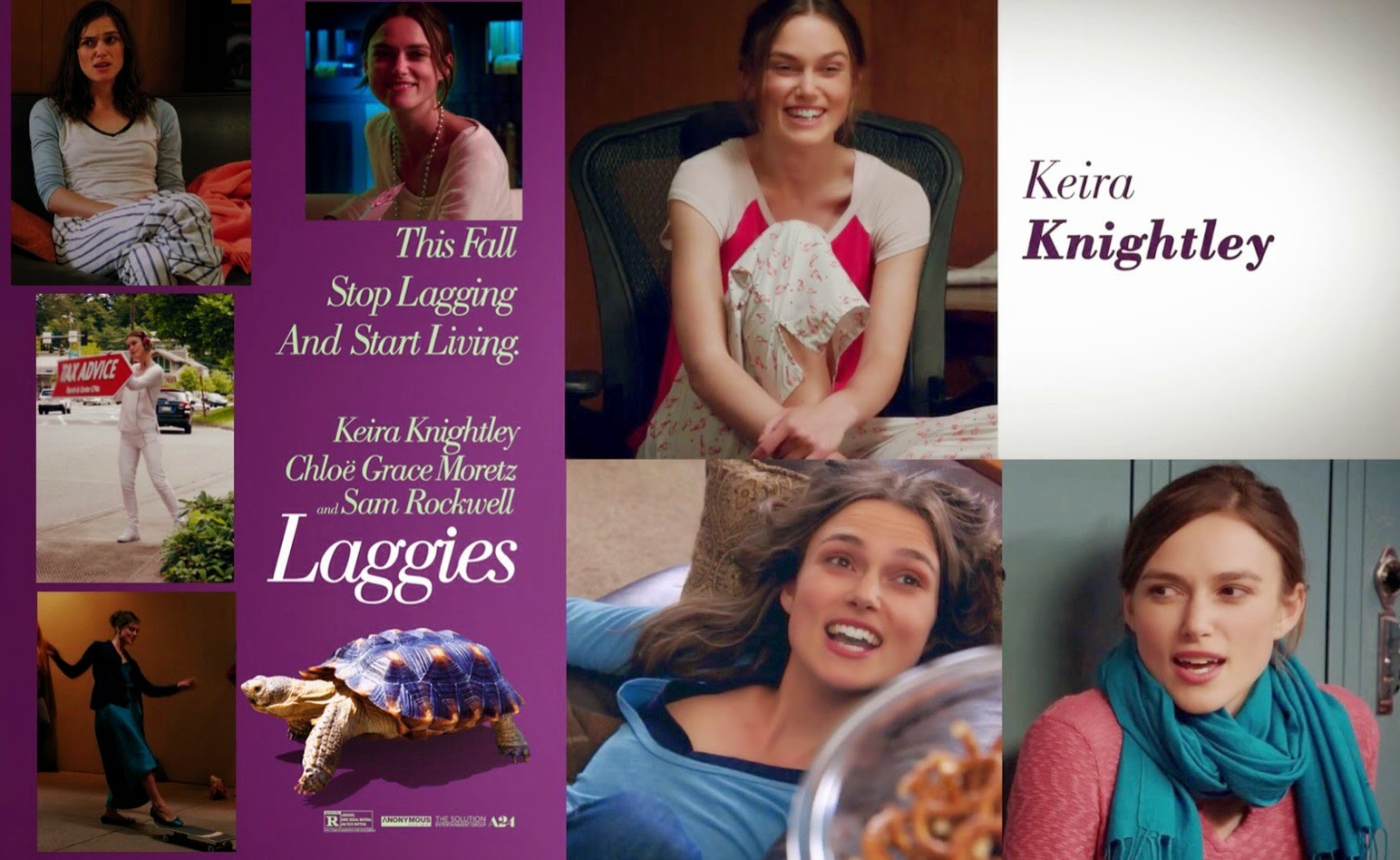 Growing up is never easy. Just ask Megan (Keira Knightley), the slumbering emotional soul of Laggies. Unemployed, save for the sign-twirling gig at her father’s accounting firm, and still dating her high school sweetheart Anthony (the lovable Mark Weber), Megan’s life is progressing and passing by at a tortoise’s pace. Her friends haven’t changed since Prom Night and they’ve all been starting careers, getting married, and having babies. Painfully aware that she is lagging behind, Megan knows that she no longer has anything in common with these people.

In the middle of her best friend’s (Ellie Kemper) wedding reception, Megan flees her boyfriend’s attempted proposal and in the process, catches her adoring/enabling father (Jeff Garlin) in a most compromising position. All in all a bad day/night/life. So, when precocious teen Annika (Chloë Grace Moretz) asks Megan to buy her and her friends some beer, there’s not much to lose. Blowing off her life for a night, Megan spends a carefree evening with Annika and finds an unexpected comrade in the confidently confused teen.

But one night is not enough and Megan sets her sights on an extended break from her life. With no plan and no place to stay, Megan convinces Annika to let her crash at her house for a week…much to the chagrin of Annika’s charmingly-bitter and divorced father Craig (the inimitable Sam Rockwell). With heart proudly displayed on-its-sleeve, Laggies follows Megan and her new, make-shift family as her life spirals out of control and oddly into focus. 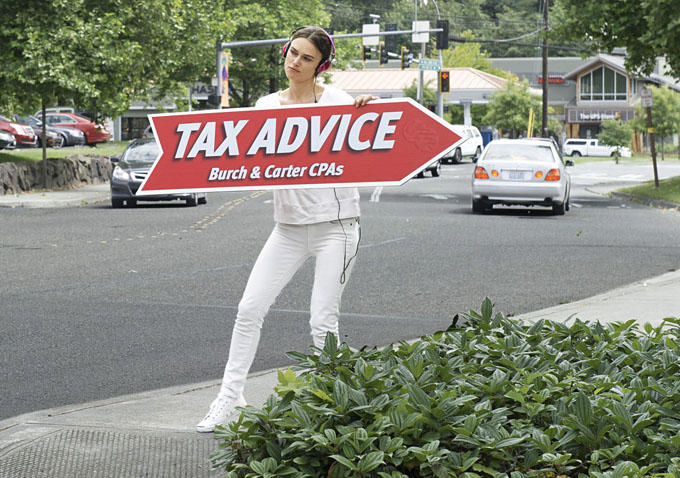 All In The Family

Laggies premiered at the Sundance Film Fest back in 2014 and is finally making its way to the masses. Directed with grace by Lynne Shelton, Laggies is a charming “coming-of-age” film, even if it is a bit uneven. This is Shelton’s fifth feature, but it’s the first that she didn’t also write and therein lies the problem. Shelton’s first four films – My Effortless Brilliance (2008), Humpday (2009), Your Sister’s Sister (2011), and Touchy Feely (2013) are funny and have keenly focused character studies about real people and real relationships. As scripted by first-time screenwriter, Andrea Seigel, Laggies falls a little short of Shelton’s prior output. But the story is firmly in Shelton’s wheelhouse and while the talented auteur puts a lovely, real-world touch on Seigel’s fable, the words and tone don’t quite live up. Simple, beautiful complications are at the heart of Shelton’s earnest stories, setting them apart from the wishy-washy “Hollywood Comedy” tropes. Family is what you make it in Shelton’s world, but they’re never quite what you expect. Laggies aims for the same territory, but Seigel loses faith in the complications of her story and Shelton seems a little uneasy with someone else’s material. Unfortunately, the pair settle for an easy out in the film’s closing moments.

That’s not to say that Seigel’s script isn’t any good, ’cause it actually is. There has been a run of “adult coming-of-age” films in recent years. While many of those films have played the scenario for cheap laughs (I’m looking at you Seth Rogen), Laggies sets itself apart by keeping its characters grounded and its scenarios simple. At heart, it’s just a film about normal people trying to live their lives, mistakes and all. She loses sight of that simplicity in the end, but Seigel still weaves an intriguing “quarter-life crisis” yarn full of unexpected romance, well-executed sidesteps, and strong, quirky characters. 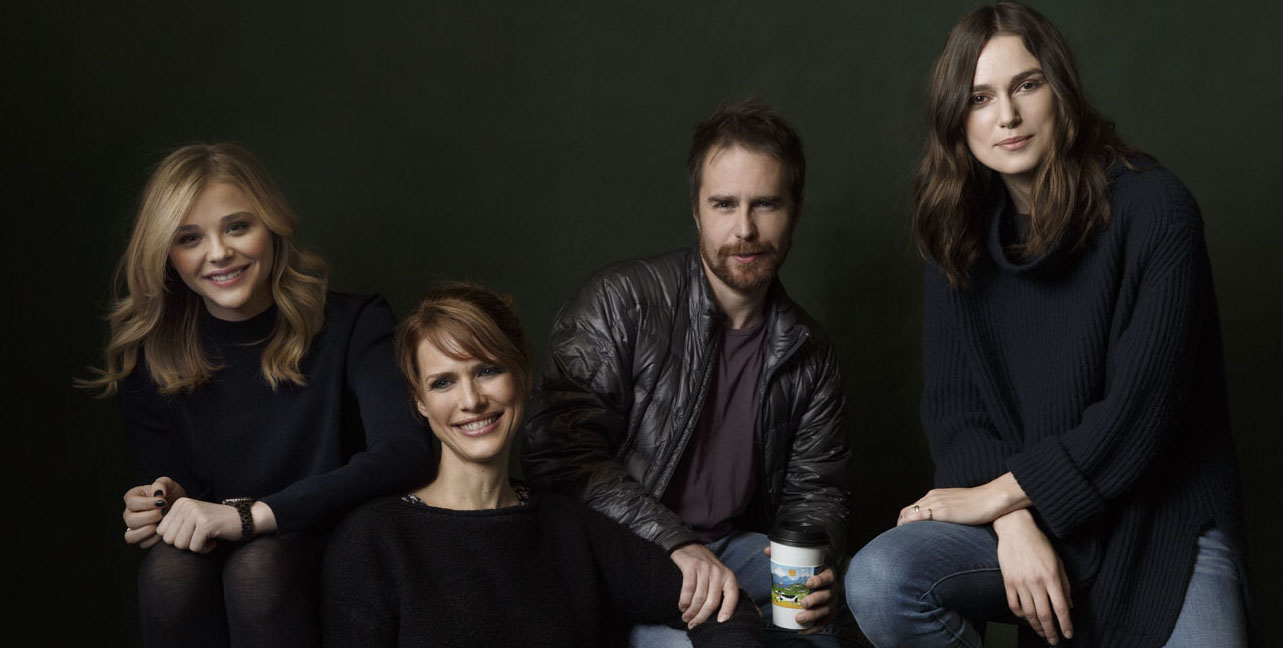 Strong, quirky characters require equally strong talent. Lynne Shelton has put together a damn fine slate of actors to fill in those characters’ quirks. Leading the troop is Knightley who anchors Laggies with a compassionate performance as Megan, despite being miscast. Ok, miscast may be the wrong word. Megan is American and Knightley is not…and I really am not a fan of Knightley doing an American accent. Laggies is a fairly “talky” movie, and Knightley sounds like she’s straining to maintain her accent with each syllable. If you can get past this minor detail (I may be nitpicking), Knightley’s performance is quite elegant. With deeply emotive eyes and an instantly disarming smile, Knightley is that rare actor who is at her best when she doesn’t have to say much. One of her finest moments comes late in the film as her father relays a surprising bit of information. In a single look and barely three words, Knightley manages to say all that needs to be said to set that part of Megan’s world straight again. At 30 years old, Knightley seems to be uniquely in tune with the soul-searching twenty-something she portrays. She may not be quite as adrift as Megan, but she clearly knows the feeling.

Still a teen herself, Chloë Grace Moretz is not stretching far to find the heart of 16 year old Annika. That doesn’t mean she isn’t bringing some much needed soul to the proceedings. In contrast to the adults around her, many of Annika’s problems are rather simple…only to her they are massively complicated. Moretz manages to deftly catch both sides of that coin. In many ways wise beyond her years (she may understand her father better than he does), she struggles to rationalize simple truths from her own life. There’s a scene about half-way through Laggies in which Annika visits her mother. It’s a complicated scene that requires Moretz to be tense, funny, and awkward all in the same moment. In the company of two seasoned actors in Knightley and Gretchen Mol, Moretz gracefully finds the balance between those emotions. The scene belongs to Moretz’s character, so I can’t say that she steals it, but she does own it and that’s not something many actors can claim.

Kemper, Weber, and Rockwell round out the supporting cast of Laggies, each making use of short time to mold their assigned personas into fully formed characters. Rockwell in particular brings a goofily bitter depth to his single father that elevates Craig from caricature to soulful human. The real standout (and welcome surprise) of the supporting cast is Jeff Garlin. Known for playing more boisterous personalities, Garlin brings such warmth and compassion to Megan’s father that you just want to give the big guy a hug. He almost makes you forget his lying, wise-cracking performance from Curb Your Enthusiasm. I never would have thought the big fella had it in him.

Laggies is not Lynne Shelton’s best work (I would point you to Your Sister’s Sister), but it is a solid installment to her oeuvre and well worth your $0.99 this week. It’s almost undone by a largely misguided ending, but Laggies still has enough heart to make it worth your time.

To all the Netflixers out there, you can find Shelton’s Humpday, Touchy Feely, and her brilliant Your Sister’s Sister available to stream completely at your own leisure. You could do a lot worse than curling up on your couch this weekend with a little Lynne Shelton marathon. Trust me.