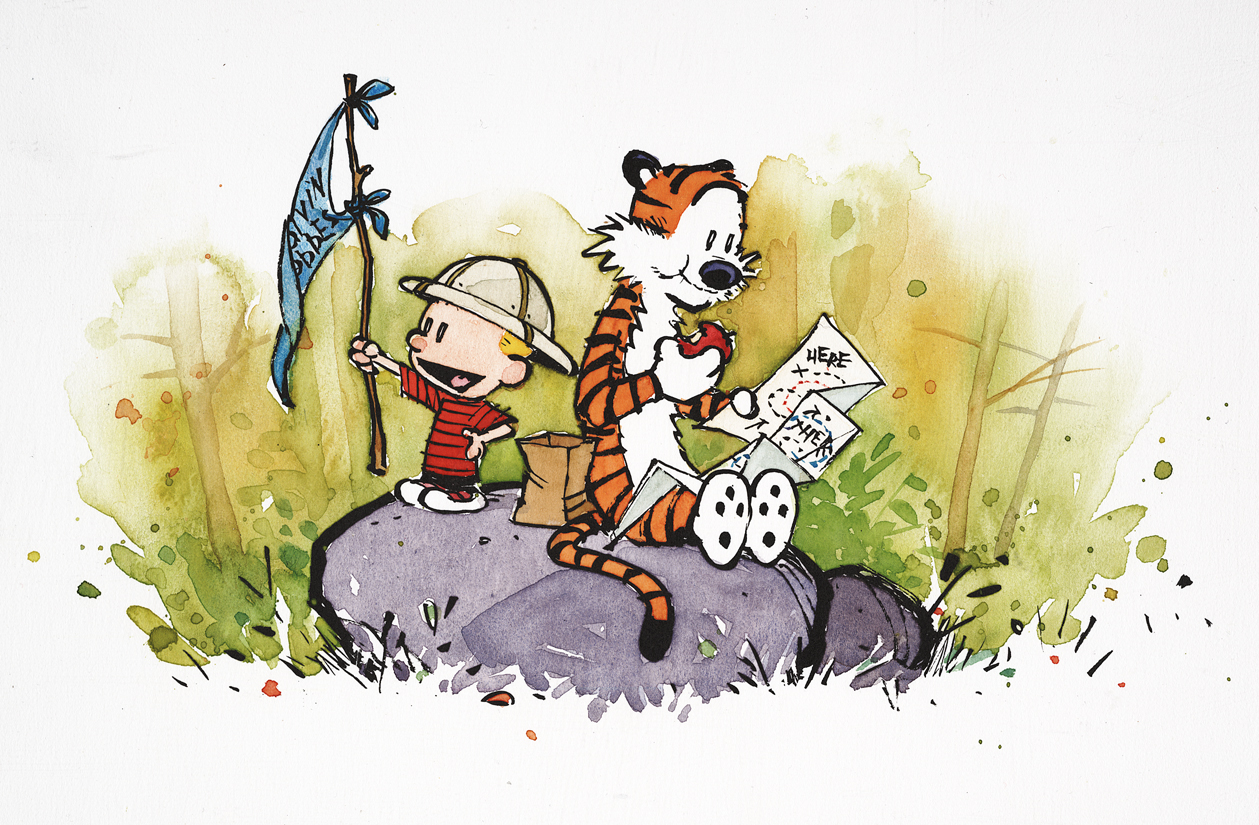 Many years ago, I was looking for something new to read, so I picked up a big book titled The Essential Calvin and Hobbes by Bill Watterson. The cover showed an image of a humanoid tiger tackling a little boy out the door of a house. I was intrigued, so I started to read the comic strips in the book. I was instantly hooked, and I still sometimes read the comics today.

As it did for me, Calvin and Hobbes has captured the hearts of many. Even though its syndication stopped twenty years ago, it lives on in the form of anthology books. This year marks its 30th anniversary, an exciting landmark in the history of the famous comic series.

The Greatest Comic Strip Ever 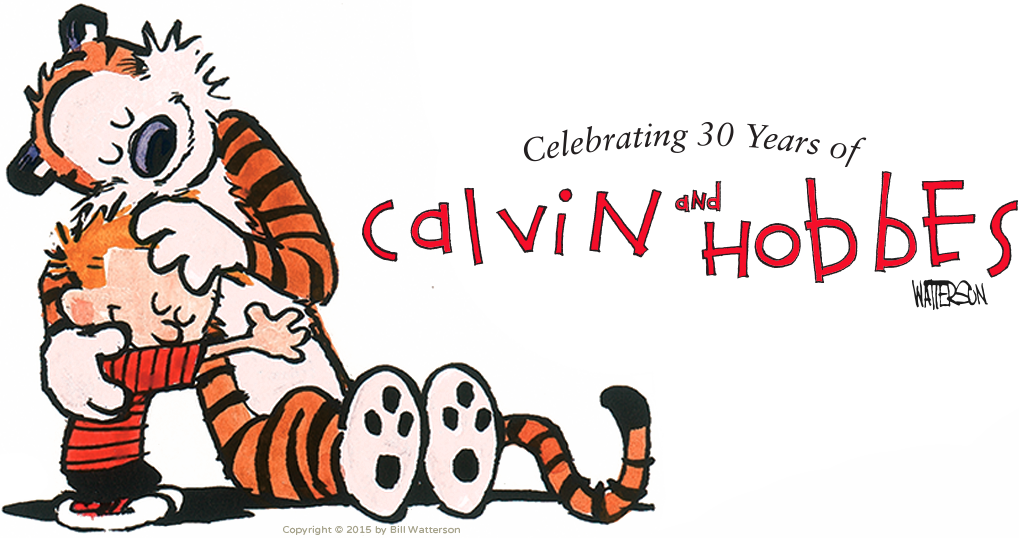 Calvin is a six-year-old boy with a highly active imagination and a sense of adventure to match. He also has a huge vocabulary and a tendency to wax philosophical. His best friend Hobbes is a stuffed tiger that Calvin brings to life with his imagination; Hobbes serves as his adventure buddy and daily companion. The two characters were named for the theologian John Calvin and the philosopher Thomas Hobbes.

Calvin and Hobbes spend their days entertaining themselves outside, pondering the deep questions of life, and playing games of pretend which often get them into trouble. Calvin’s antics draw the attention of his long-suffering parents, his elderly school teacher, and his classmate Susie Derkins, who also happens to be his arch-nemesis. A creative, rambunctious kid who is obviously highly intelligent for his age, Calvin likes to climb trees, build zombie snowmen, watch TV, goof off with Hobbes, and create fantastical inventions such as the “Transmogrifier” out of cardboard boxes. He leads a life filled with his own comical self-importance and fueled by his huge imagination.

Despite (or because of) Calvin’s egocentrism and Hobbes’ skepticism/sardonicism, hilarity abounds in these comics. Calvin ponders art theory while playing with sidewalk chalk, fears his menacing bicycle and the monsters under his bed, and talks about existentialism during sled or wagon rides. Hobbes plays the best friend role of ambushing, playing games, and bantering back and forth with Calvin. Nothing is ever boring in these comics. So whatever you might think about comic strips, you ain’t seen nothin’ until you’ve read Calvin and Hobbes, which has rivaled the Peanuts comic strip in popularity.

Despite author Bill Watterson’s refusal to allow commercialization and product marketing of his famous comic strip, Calvin and Hobbes has still achieved significant cultural importance. Adults and kids everywhere appreciate Calvin and Hobbes’ playfulness, imagination, deep conversations, and boundless friendship. Some love it so much that they’ve created Hobbes plush toys of their own. For instance, there was a recent news story about a little boy who lost his Hobbes toy at an airport, leaving the airport officials to create a pictorial story of Hobbes’ airport “adventures” while lost. When the boy came back through the airport some time later, the officials gave him back his Hobbes toy along with a picture book detailing Hobbes’ adventures.

Of course, the famed comics have affected the Internet, too (what hasn’t?). Google “Hobbes and Bacon” and you’ll discover lots of fan-made comics about Hobbes’ adventures with Calvin’s daughter Bacon (presumably named for Francis Bacon; I know, it’s weird). You’ll also find lots of character and story analysis, comments about the importance of Calvin and Hobbes to people’s childhoods, and, of course, fanfiction.

If you haven’t read Calvin and Hobbes before, I highly recommend it! In honor of this year being the thirtieth anniversary of the comic strip, Bill Watterson is releasing a companion book to the collections of his work already on the market. It will detail his creative process, the history of the comic strip, and more. It might be something to look out for. So do yourself a favor this year and read Calvin and Hobbes comics if you haven’t already!