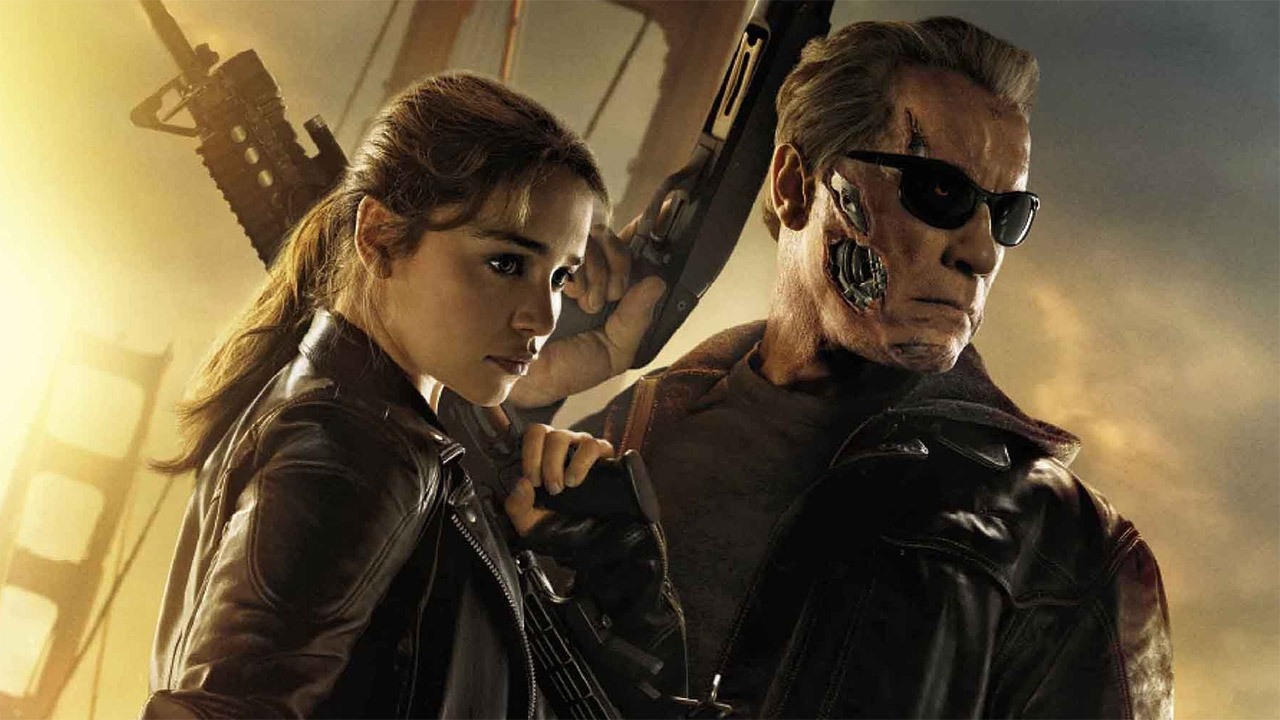 If you happen to have any money left after seeing Jurassic World over and over in June, there is a solid slate of July movies to add to your summer checklist. I doubt any of them will come close to the Indominus Rex sized haul of Jurassic, but we have sequels a plenty. So go enjoy the Fourth of July fireworks, but make sure you schedule some time for movies and popcorn.

We may have lost Mathew McConaughey for the sequel, but Magic Mike XXL has Channing Tatum and the rest of the crew reprising their roles as exotic dancers. The plot has a now retired Mike travelling to a stripper convention with the guys for one last XXL sized performance. Even the synopsis sounds dirty.

Terminator Genisys goes back to the future…to the past as Terminator movies tend to do. Unlike Terminator Salvation from 2009, Arnold Schwarzenegger is back in a featured role for this one. In the future, John Connor (Jason Clarke) sends Kyle Reese (Jai Courtney) back to 1984 to protect his mother, Sarah Connor. Emilia Clarke from Game of Thrones debuts as Sarah Connor, which is a cool casting choice. Expect references to the original The Terminator from 1984. There is even a scene where old Arnie fights his original villainous self.

The commercials for The Gallows are much more focused on scaring the pants off of the audience than actually telling them what the movie is about. But there is a plot beyond teenagers screaming. I think. That group of students get terrorized by the ghost of a student who was accidentally hung during a school play 20 years ago. Also, they scream a lot.

Illumination Entertainment’s latest has the Minions from Despicable Me taking center stage. It’s a risky idea since the characters were funny in the Despicable films, but rarely moved the plot forward. Taking place as a prequel, Minions has the little yellow guys searching for a villain to serve. Sandra Bullock plays Scarlett Overkill, one such villain, looking to take over the world.

Self/Less stars Ben Kingsley as a wealthy man dying of cancer. With the help of a futuristic procedure, he transfers his consciousness into the body of a younger man (Ryan Reynolds). But things get complicated when the younger man’s memories keep popping up. The movie has two big leads and a cool concept, so it might be worth a watch even with the big franchises coming out around it.

Okay, Ant-Man may be an odd superhero, but this is Marvel we’re talking about. So get excited for this movie. Paul Rudd plays Scott Lang, a thief recruited by Dr. Hank Pym (Michael Douglas) to pull of a big heist and save the world. Using a special suit, Lang can shrink to the size of an ant and gain strength proportional to the insect. Yes, I agree. It’s a weird super power.

Comedian Amy Schumer wrote and stars in Trainwreck from director Judd Apatow. Schumer plays a character who has no interest in settling down with a man. But when she meets a good guy, played by Bill Hader, she begins to question her distaste for monogamy. There are a bunch of well-known comedians in this, but Lebron James’ performance as Hader’s friend really steals the show in the trailers.

Author John Green had big screen success with last year’s The Fault in Our Stars. Now another one of his novels, Paper Towns is getting the theatrical treatment. Nat Wolff stars as a teenager, who teams up with some friends to find a missing classmate (Cara Delevingne). Now I haven’t read the book, but the advertising wants to give the impression that Paper Towns isn’t as sad as The Fault in Our Stars is.

In Pixels, classic video games become the enemy. After receiving video feeds of classic games, aliens interpret them to be a threat and attack the Earth with those games. There is a giant Pac-Man, Donkey Kong, and others. So a group of friends, who loved the games as kids, must save the day with their arcade skills. Adam Sandler, Kevin James, Josh Gad, and Peter Dinklage star. Sandler definitely has his critics, but this is a fun concept.

On a more serious note, the boxing drama Southpaw was written by Sons of Anarchy creator Kurt Sutter and helmed by Training Day director Antoine Fuqua. Jake Gyllenhaal stars as a champion boxer who loses everything after some personal tragedy. The drama is presented at the forefront of the advertising, but good things have been said about the boxing sequences too.

Vacation is a remake to the original comedy franchise with the same name, but with some continuity. Ed Helms plays Rusty Griswold, the son from the original, now grown up with a family of his own. Naturally he wants to bring them on their own road trip to the theme park, Walley World. That went so well the first time. Plenty of cringe worthy situations surely follow.

Lastly, in a month full of sequels, we end with another one. Tom Cruise plays Ethan Hunt for the fifth time in Mission Impossible: Rogue Nation. A group called the Syndicate is trying to eradicate Hunt and the entire IMF (Impossible Mission Force). What makes this mission so impossible, you ask? Well among other things, the character hangs on the outside of an airplane as it takes off. Count me in!

So that’s your list of July movies. In my opinion, this summer’s titles have been a home-run so far and I think that should continue here. I’m really interested to see what Marvel does with Ant-Man, a character that doesn’t have the pull of some of the other heroes. Also, I’ve always been a fan of the Mission Impossible films but after the previous installment was such a success, I’m really looking forward to Rogue Nation. Man, summer blockbusters are fun.