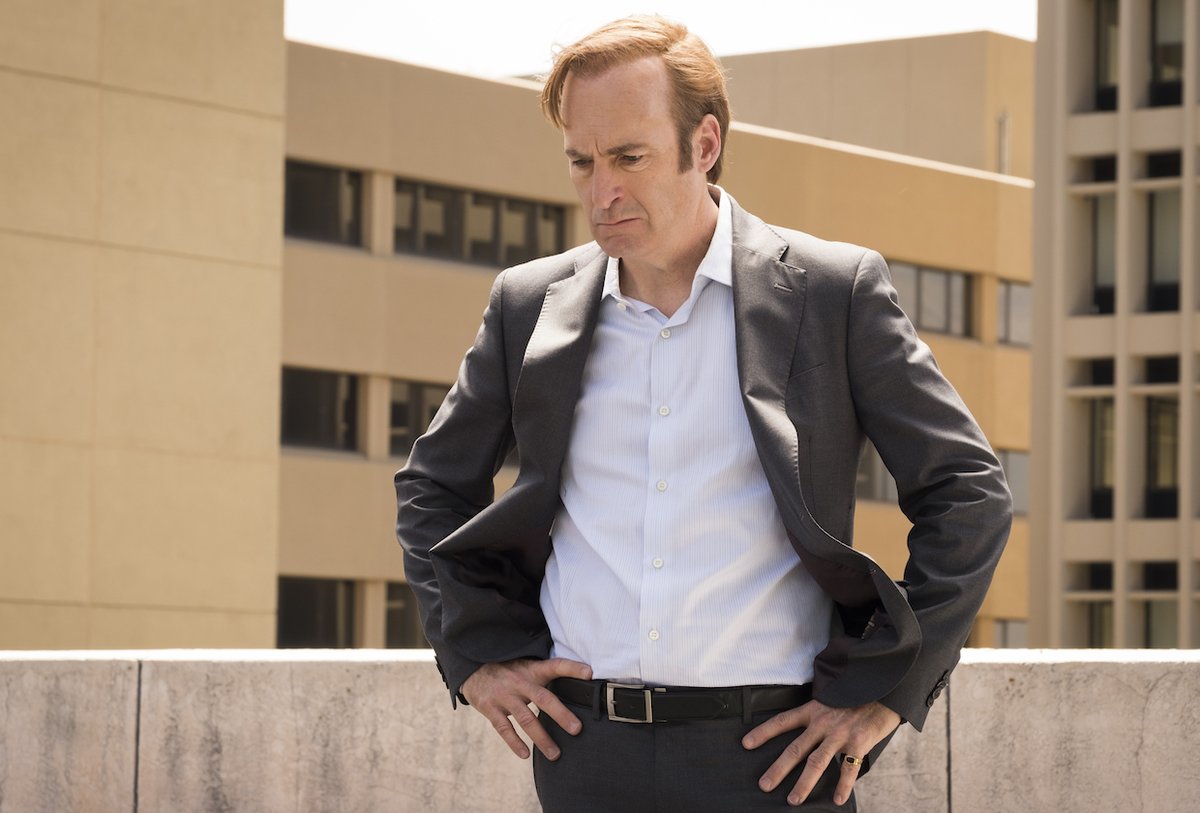 Last week, we left Jimmy McGill in a pretty good place. He and Kim had just pulled off an incredibly complicated scheme to keep Huell out of prison, and the caper actually seemed to bring them closer together after their relationship had hit a bit of a rough patch. He’s completed all of the work required to get his license back, and all that’s left is a hearing that should be nothing more than a formality. And now that he’s the leading supplier of disposable cell phones to Albuquerque’s criminal element, he has a ready-made client list that should keep him employed for the foreseeable future.

As it turns out, the state bar hearing was a little more than just a formality. And, just like that, all of the work he’s done over the past year seems like wasted effort. And, of course, he takes his very understandable frustration out on the one person who’s stood by him since Day One. So not only is his career in jeopardy (still), but he’s in danger of ruining the one good thing he has left (again).

But that’s typical for Jimmy. It’s also pretty common behavior in general, which is what makes Jimmy such a relatable character. All season long, we’ve seen Jimmy refuse to deal with his feelings about his brother, which are very complicated. Chuck made Jimmy feel like crap his entire life, but Chuck’s also the brother who took care of Jimmy when they were young (and Jimmy returned the favor during Chuck’s period of mental instability). So there’s at least some love there. Throw in the inevitable guilt over the way they pushed Chuck over the edge, and you’ve got a ton of emotional baggage that needs to be processed. And Kim’s been telling him that for months, but Jimmy’s refused to listen. He’s chosen to stay busy and ignore his feelings, and, for the most part, it’s worked.

Until it stopped working. At the reinstatement hearing, he says all the right things, but the committee members see him as insincere. In reality, his downfall is that he failed to mention the one thing the committee’s looking for—an acknowledgment of what he did to Chuck. And he can yell at Kim all he wants to, but he knows she’s been right all along–he should have worked through these issues a long time ago, and he’ll have to deal with Chuck’s death sooner or later. But sooner would have made things a lot easier.

It looks like Jimmy and Kim are still together (at least for now), but, honestly, I don’t know why. This just isn’t a healthy relationship, and the smart thing for Kim to do would be to get as far away from Jimmy as possible. Yes, he has a good heart, and he’s funny, and she loves him. But until he’s ready to work through his issues, he’s never going to be able to truly love anyone else or accept their love in return. She’s been supportive through all of his ups and downs, and she was genuinely happy that he was going to get his license back. But all he can focus on is the fact that she doesn’t want to share an office with him anymore, and so that must mean that she thinks he’s garbage. It’s the kind of self-defeating behavior that plagues many of us from time to time, which is why, in spite of his shortcomings, we can’t help but root for Jimmy and hope he gets his act together eventually.

Meanwhile, back at the future site of Walt’s superlab, Werner’s apparently had enough and is headed home. Or is he? The panic attack he appears to have at the blast site isn’t really explained, and something about his story of homesickness and missing his wife doesn’t ring true. And Mike doesn’t tell us what’s on the note Werner leaves behind. So where’s he really headed? I’d really, REALLY hate to be Werner when Mike finds him (and we all know Mike will find him). The only real question is, will his death be quick, or slow and painful?

Next week is the season finale–any predictions? I’m expecting anywhere from one to three deaths, and possibly a broken relationship (which will make me very sad). But I’ve been wrong before…