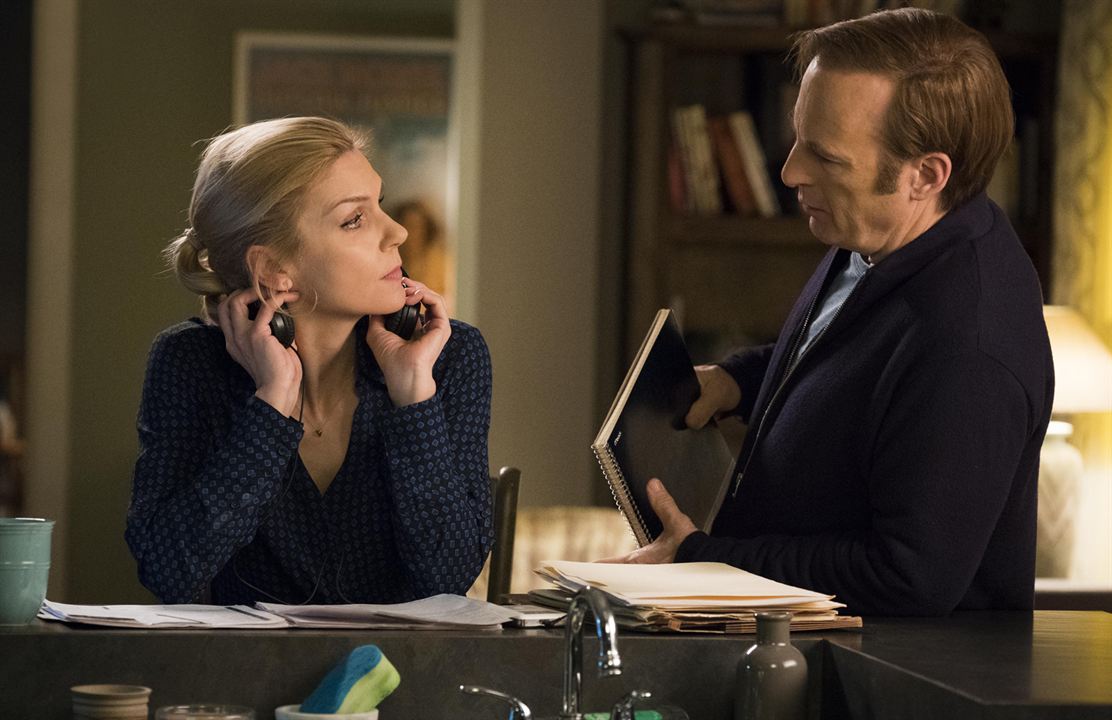 At first glance, Better Call Saul appears to be a show about transformation. And, in a very basic sense, that’s true—it’s the story of how Jimmy McGill becomes Saul Goodman. It’s also about the development of the Breaking Bad universe and a few of its supporting characters, which just adds to the fun. But, ultimately, it’s about how Jimmy McGill, the struggling public defender, becomes Saul Goodman, defense attorney extraordinaire.

However, as we’ve discussed in previous weeks, what if it’s really less about transformation and more about people just realizing, and then embracing, their true nature and what they really want out of life? There’s a lot of evidence pointing to the fact that the Saul Goodman persona isn’t the result of a dramatic character shift for Jimmy McGill. Deep down, Jimmy has always been Saul. And once he realizes that and drops all pretense, the criminal lawyer (emphasis on the word “criminal”) we all know and love is truly born.

After tonight’s episode, it looks like we can say the same thing about Kim Wexler. Last week, Jimmy and Kim looked all but finished, and I mistakenly assumed that Kim had simply matured past the point of being compatible with Jimmy either personally or professionally. Of course, the shopping spree at the office supply store was a last-minute curveball, but I assumed that, even though Kim was helping Jimmy with Huell’s case, she’d still leave him after that.

But Kim hasn’t been happy for quite some time. And while it’s easy to assume that her unhappiness stems from the fact that she’s been moving forward while Jimmy’s stood still, the opposite is actually true. She’s been doing the grown-up things she thinks she’s supposed to do, and her head tells her that Jimmy’s cell phone schemes and underhanded legal tactics are the last things she needs. But her heart doesn’t care about Mesa Verde or a Schweikart partnership. She wants to be with Jimmy, both personally and professionally. We know this because the plan to keep Huell out of jail was her idea, not Jimmy’s. It’s easy to forget that she’s been Jimmy’s partner in crime on more than one occasion, and apparently that’s the person she really wants to be rather than the responsible banking lawyer she’s been forcing herself to play.

And her plan was a thing of absolute beauty. Stealing a page from George Seaton’s classic Christmas film, Jimmy arranges for hundreds of fake letters and postcards (that’s what the office supplies are for) to be sent to the judge presiding over Huell’s case, presumably from the residents of Coushatta, Louisiana (Huell’s hometown). The letters make Huell look like a beloved superhero, and it seems that no one in town believes that he’s capable of assaulting anyone, much less a police officer. Throw in some clever voice acting from Jimmy and his student film crew, and the prosecutor quickly realizes that she’s fighting a losing battle and offers Huell a sweetheart deal—time served and a few months’ probation. Huell’s off the hook, Jimmy’s conscience is clear, and Kim’s feeling good again. So good, in fact, that she’s ready for another caper. Everybody wins.

Even though Jimmy and Kim have found each other again, I still don’t expect the relationship to make it through the season, and we only have two episodes left. Which means that their ending is probably going to be a lot more tragic than previously expected. But I hope I’m wrong—I was wrong last week, so it’s certainly possible.

Speaking of relationships ending tragically, Werner is dangerously close to losing a lot more than just the new friend he’s made in Mike. Actually, that relationship seems pretty one-sided—Mike’s less of a friend and more like a really scary boss that’s happy to sit and drink with you as long as you do your work and don’t tell anyone about the super-secret underground meth lab you’re building. But Werner’s been away from home too long, and his desire for human conversation (coupled with his love for beer) seem to make him a little careless when it comes to talking about his work. The lab’s taking much longer than expected to finish, and the longer it takes, the more restless the crew becomes. I get the distinct feeling that not all of them will be going back home when the job is done (unless it’s in a barrel).