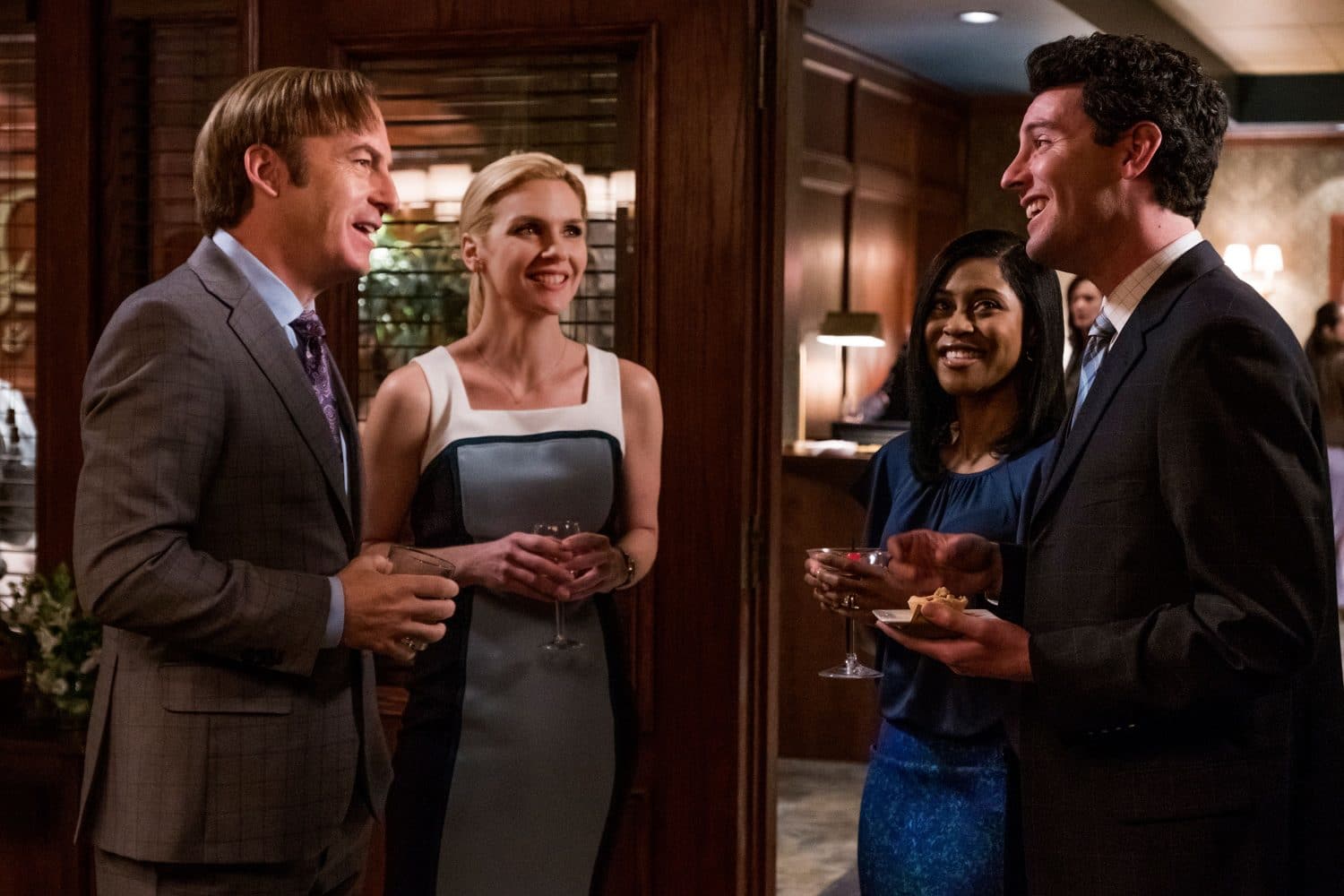 People stay together for all kinds of reasons. Sometimes those reasons really aren’t that good, but the familiarity of the relationship makes it easier to just go through the motions than to face the fact that things just aren’t working. So we tell ourselves that it really isn’t that bad, and we maintain the status quo until things get better—or until we just can’t take it anymore.

Or until one partner goes out and buys a bunch of seemingly random office supplies. And, of course, that fixes everything.

Last week, Kim effectively ended her professional relationship with Jimmy by going to work for Schweikart & Cokely rather than waiting around for Jimmy to get his license back. Even though they didn’t break up then, we knew that it was only a matter of time before they parted ways. Sure enough, while they don’t actually pull the trigger on the break-up this week, everything about the episode (up until the last two minutes) lets us know that Jimmy and Kim are done as a couple. The cold open is brilliantly shot entirely in split-screen format, even when the two of them are in the same room, just to emphasize the fact that, while they still share a house and a bed, they’re living separate lives in just about every other way. We see about seven months go by, and while Kim is settling into her new job, Jimmy’s still hustling pre-paid phones on the street (now in broad daylight). And while he’s only a month away from getting his law license back, it seems obvious that, while Kim has continued to grow both personally and professionally, Jimmy’s still in the same place and has no real interest in changing.

And they both know it. When Kim introduces Jimmy to her new colleagues, it’s not as “my boyfriend.” It’s just “Jimmy.” That seems like a small thing, but it’s not lost on Jimmy. He already thinks he’s a shitty lawyer—Chuck drilled that into his brain for years. And while Kim has always been the first to come to his defense, it seems that, deep down, she really believes the same thing to at least some extent. The look on her face when Jimmy tells her about his phone business and floats the idea of scamming the cop that arrested Huell is almost one of disgust. She used to enjoy Jimmy’s little schemes, but she’s past that now.

Or so she thought. It wasn’t until Huell’s prosecutor calls Jimmy a “scumbag disbarred lawyer” that she realizes that, despite his questionable ethics and his lack of polish, Jimmy’s not a scumbag. And he’s actually a pretty good lawyer. And basically a good person. And maybe they have a chance after all.

In other news, the German excavation crew that’s digging/building Walter’s meth lab is getting restless. Mike and Werner are doing their best to keep up morale, but the job’s taking much longer than expected, and the homesickness and sequestration are starting to take their toll as the crew is fighting and making costly mistakes. Mike may have to give them more than unlimited beer and pinball if he wants the project finished on time.

The Germans aren’t the only ones who are getting frustrated with the current state of affairs. Hector Salamanca is showing signs of progress, but it’s been a very slow rehabilitation. He’s learning to answer yes/no questions with the tap of a finger (no bell yet, but that’s coming), which Dr. Bruckner says is a huge step forward. And she thinks he might be able to walk and talk again with enough time and continued therapy. But Gus is okay with his progress to date and wants to stop there. Hector can communicate (albeit in a very primitive fashion), and he can feel things—specifically, he can feel basic human urges, like the need for sexual gratification, that he can’t physically fulfill. In other words, he’s recovered just enough to be frustrated. Which is exactly where Gus wants him.

So there’s plenty of frustration and angst to go around this week. And I have no clue what the office supplies are all about. Apparently they can help get Huell off (or at least get him a reduced sentence), but I have no idea how. The good news is that Jimmy and Kim are still together (at least for now).

‘Ballers’ Tackles a Corrupt System in an All-New Episode

The Technology That Will Grow Any Graduate’s Web Design Business