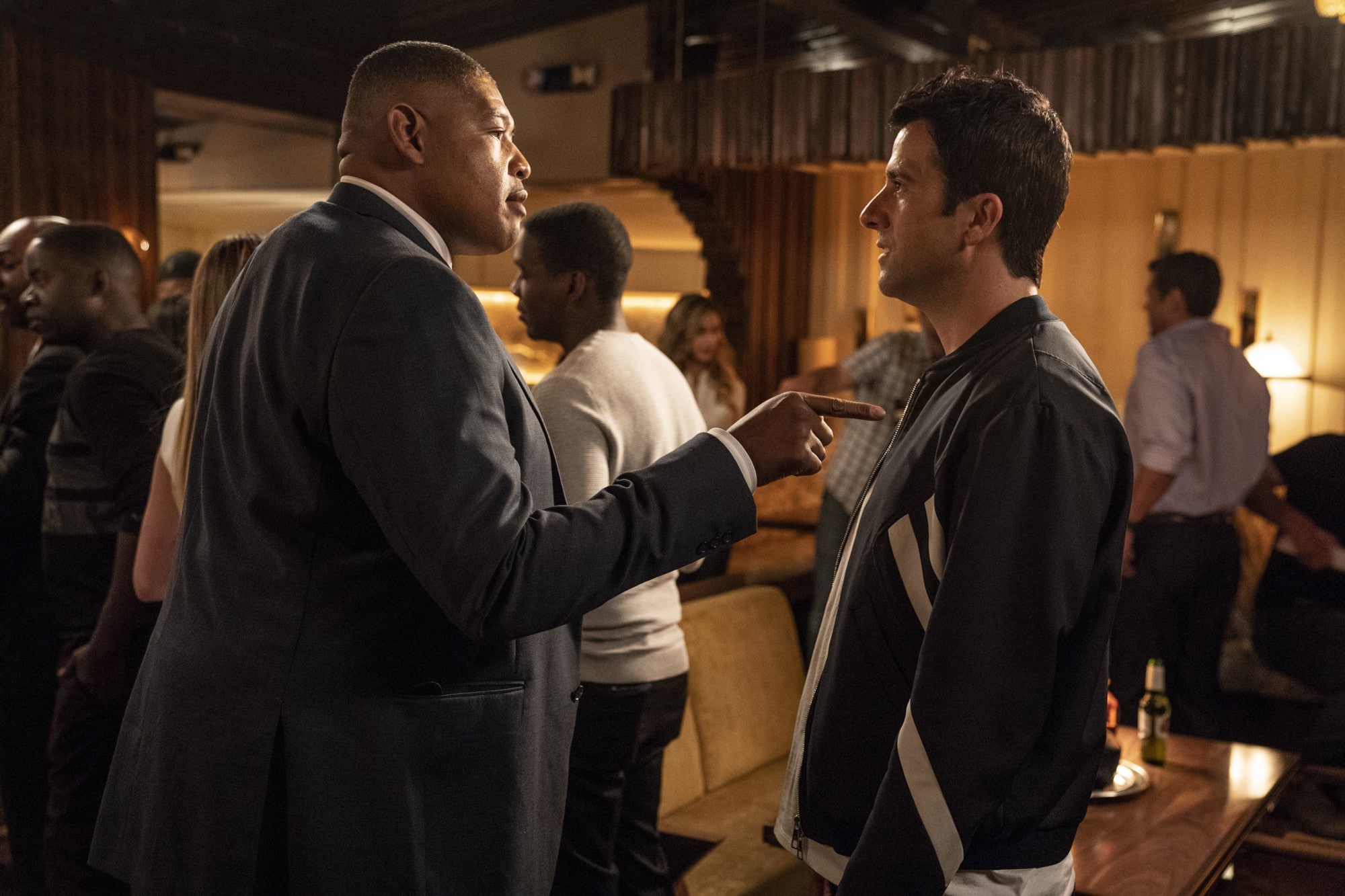 Last week, Spencer started putting a plan in motion that would make Sports X relevant again and avoid an eight-figure loss on the entire deal. Sure, it involved what looked like some pretty shady shit, but surely Spencer would ultimately do the right thing—right?

This week, the details of the plan come into focus, and it’s worse that we thought. And don’t call me Shirley.

At first, it seems kind of brilliant in its simplicity. Spencer needs the television rights to a big-name college football program so he can get viewers for the flailing Sports X Network (which is about the only thing he has left that’s worth anything since Lance has taken almost all of the talent). The University of Southern California is about as big as they come, and they want a top-tier high school quarterback for the next three years (which is the earliest Quincy could jump ship for the NFL). Quincy fits the bill, and he just wants to get paid for his services, which, of course, is against the rules, but apparently USC is theoretically okay with that. So it’s a pretty straightforward, three-party deal—Spencer gets the right to air USC games, USC gets a quarterback, and Quincy gets a bag full of cash (and an education for at least three years, if he wants it). Everybody wins.

But then it gets a little confusing. Spencer finds out that not everyone at USC wants to work with Spencer. Specifically, it’s former USC QB Rodney Peete, who’s now working for the university, but apparently that’s just a ploy for Peete to get Spencer in his office so he can clear up the misunderstanding about Spencer’s brother’s suicide (which we’ll get to in a second). The bottom line is that Quincy signing with USC isn’t what the school wants after all—it’s $200 million in exchange for the TV rights. If that’s the case, then why push Quincy to USC (and vice versa) in the first place? Is it just to make his mom happy? That part’s a little unclear. Quincy has money—people have been paying him under the table to play since he was a kid. So why not just take it (which is what it looked like they agreed to last week anyway)?

It doesn’t really matter, because Spencer blows up the deal after a heated discussion about what really pushed William Strasmore to take his own life years earlier. As it turns out, William got hurt, and Peete was the one who replaced him at QB. Long story short, William got hooked on painkillers, and depression ultimately took over in tragic fashion. Spencer has always blamed Peete and the school, but Peete argues that the NCAA was really to blame since they took away a year of William’s eligibility. Ultimately, Spencer will have to face the truth about his brother, not only for his own sake, but for the sake of his company if he wants this deal to work.

The NCAA is painted as the real villain here, and the writers pull no punches in arguing that “the system” is really to blame, not only for the death of William Strasmore, but for the atmosphere of corruption that permeates major college athletics. Not only does USC seem perfectly fine with stars like Quincy getting paid under the table, but Quincy’s campus tour guide makes it very clear that the football players are treated like kings and have tutors to take care of those pesky classroom assignments. There’s so much about the world of major college and professional sports that most of us can’t really relate to, but there have been enough reports of cheating scandals in the news lately that it’s not hard to believe that it probably happens more often than we know. I can’t make any legitimate accusations because I just don’t have any way to know if the stories are really true. But it doesn’t take a genius to figure out that, when there’s so much money involved in college sports, there are bound to be a few corners cut along the way.

So, at the end of the day, is Spencer really crossing a line, or is he just playing by the rules that have already been established by those who control a very corrupt system? I’d say it’s a little of both. I’m still hoping that Spencer comes to his senses before it’s over, but I’m honestly not sure where this is going. Which isn’t a bad thing.