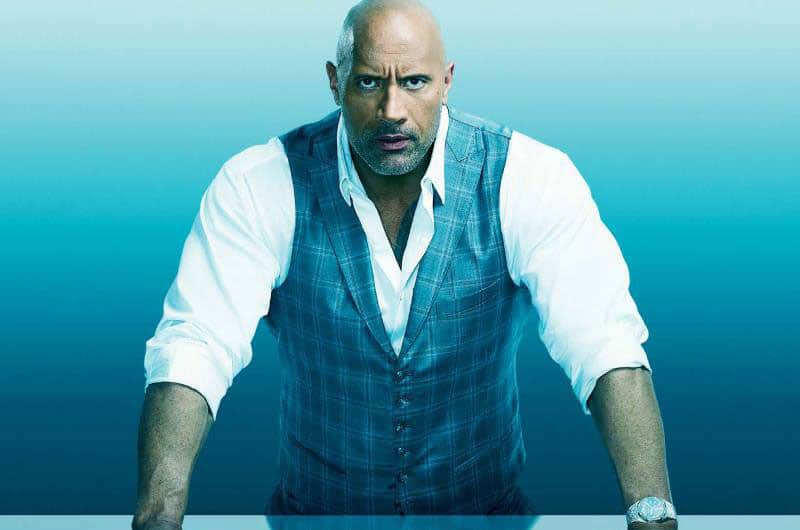 While this season of Ballers hasn’t been its best up to this point, the writers haven’t shied away from controversial material, and I applaud them for that. This season’s main storyline has been about exposing NCAA corruption (which we’ll get to in a few minutes), and the season’s second episode dealt with issues of racial identification. And while you could argue that race is something that’s at least subtly addressed in every episode, they’ve largely steered clear of overtly racial subject matter since then.

Then Ricky Jerret meets his new neighbors, and things get interesting again. Ricky’s been relegated to a minor role this season as he pursues his NFL comeback dreams, but John David Washington finally gets some substantive material to work with as Ricky makes a lasting impression at the neighborhood barbecue.

The Whites (yes, that’s their name as well as an apt description) are rich, entitled douchebags who probably inherited their money but are convinced they’ve worked hard for it. And, of course, they also support Trump because, in their minds, he’s just letting them keep what they’ve earned. They also support the president’s position on the NFL protests because players like Colin Kaepernick who take a knee during the anthem are somehow disrespecting our flag and our country.

Like most of us who are white, they don’t know what it’s like to grow up in Ricky Jerret’s world. I’ll admit that I really don’t understand what it’s like to be black in America because I haven’t lived it. But I know and accept that racial inequality exists even if I don’t always witness it firsthand. And I know that the players who protest on Sunday aren’t traitors or flag-haters or anti-America. They love their country just as much as I love mine. They just want their country to afford them the same rights and privileges that the rest of us get. And they want to live in a country where all of us can feel safe and protected. They have every right to protest, and their cause is a just one, and the fact that it’s misunderstood by some doesn’t invalidate it at all.

Not only does Ricky tell the neighbors exactly what he thinks about their privileged worldview, he follows it up with a tweet that makes his feelings on the matter very clear, including “fuck Trump” and “fuck the Whites” (even though he was probably talking about the neighbors, that last part’s gonna raise some eyebrows). His family would rather he just keep his feelings to himself, but Ricky’s never really been good at that. Unfortunately, the controversy might mean the end of his NFL comeback since the controversy puts Charles and the Rams in a very difficult position. But I hope not.

Meanwhile, Spencer’s USC football scheme takes one step forward and two steps back. He’s getting the money for the television rights from the Anderson brothers, but it’s contingent on Quincy signing with USC. Which is what Quincy wants, but apparently Ohio State has other things in mind, and now Spencer faces the wrath of a very powerful booster who can blow up Spencer’s career. While I like this storyline overall since it’s drawing attention to a broken system that probably needs to be fixed, I do have a couple of problems with the execution. First, I guess the part I was missing last week is that, for all of this to make sense, we have to believe that Quincy is the second coming of Joe Montana, Cam Newton, and Johnny Unitas all rolled into one, so much so that USC will only sell Spencer the TV rights if Quincy signs (and the Anderson’s will only finance the deal if Quincy signs). I guess that’s possible, but is he really supposed to be that good? Maybe so, and maybe that’s the whole point—recruiting wars really are this intense, which is what makes the system so corrupt in the first place (or at least contributes to it).

Second, I get that Spencer’s taking on the NCAA, which is obviously the bad guy here. And I like that part. But, as everyone keeps pointing out, Spencer’s entire plan is as shady as shit, which is why he’s vulnerable in the first place—he can’t risk being exposed as a cheater himself. So who are we supposed to be rooting for here? That’s rhetorical—of course we’re supposed to want Spencer to win in the end. But do we really want to see him throw away his morals and jeopardize a kid’s future just to take down the NCAA? I’m still hoping for a last-minute change of heart.