Ruth Deaver has been through a lot in her time on this Earth. Now she has come to a point in which all that she loves and all that she holds dear is smoke. Ruth has been diagnosed as being in the early stages of Alzheimer’s. Her mind often goes elsewhere forgetting where she is, what she is doing, who she is with, and sometimes even when she is. Until now, it has not occurred to those closest to her that this is anything but a medical diagnosis of a cognitive disorder. But, with nothing in Castle Rock being as it seems, is it not fair to estimate that Ruth’s condition follow suit?

Past, Present or Future?

Ruth is the only one that understands what goes on within her own mind. No one can see what she sees. This is partially because Ruth is not always present IN the present. Advanced age has been known to cause adverse effects to its caretaker, the brain, that are irreversible. An aged brain is not always a clear and systematic brain. For Ruth Deaver, her brain is far beyond clear and systematic.

Let’s start with what we know as viewers.

Alan & Ruth: While not married, they currently live together and have been for some time. Alan cares for Ruth both mentally with her condition and emotionally with love. His love means he would do nearly anything for Ruth. He worries for her and is afraid to lose her. Because of this, he takes his role in her life very seriously and does not approve of The Kid being around her. Especially with her delicate disposition.

Henry & Ruth: While the two have not connected much over the past years, both still care immensely for each other. Henry wants what is best for Ruth, and it can be inferred that what he thinks is best may not truly be best. Additionally, Ruth still wants to protect Henry and will go the extra mile for him. It can be said that she loved Henry more than Pastor Deaver did.

Pastor Deaver & Ruth: Ruth does not have much affection for Pastor Deaver. Why? It is unclear. She was not too keen on the idea that his corpse would be moving back to town and she did not go to the funeral.

Ruth & Ruth: Ruth does not know what is wrong with herself. She is lax with her condition and in denial as well. Ruth knows something is amiss and while she has been trying to manage her issues, she has become incapable of keeping herself on track. She knows the time has come for her to make decisions and she is reluctant to do so.

Alan & Ruth: Alan and Ruth have a history. That much has been made abundantly clear. However, it is uncertain for how long and to what extent their relationship has been, well, a relationship. Alan and Ruth have been in love with each other for decades. Since Henry was a boy. Even since Pastor Deaver was still alive and well. They weathered their lives separately and even when Pastor Deaver died they remained apart. Ruth feared for his reputation while Alan did not. She still fears for his reputation despite his protestations.

Henry & Ruth: Henry and Ruth did not always have a distance between them. There was a time when they were thick as thieves. Ruth was Henry’s closest confidant and they spent a lot of time together, much to Pastor Deaver’s chagrin. Ruth used to thoroughly enjoy baths and Henry would sit in the bathroom with her on the other side of the curtain playing a guessing game with her. This was their thing, games. Pastor Deaver was none too pleased to find his son in the bathroom with his wife. Ruth was weary around Pastor Deaver. While being an upstanding individual she instructed Henry to lie to his father about hearing the voices in the woods. Henry said no, it was wrong, and she said to do it anyways. To protect him.

Pastor Deaver & Ruth: Ruth and Pastor Deaver seem to never have gotten along very well. Ruth was more of a free spirit than he was. He was controlling and ritualistic in his methods. His way was the only way, nothing was to be done otherwise. It was crucial Ruth follow his rules, otherwise there would be consequences. This was evidenced by the uncovering of rat poison in the trash at the same time Henry’s dog went missing. 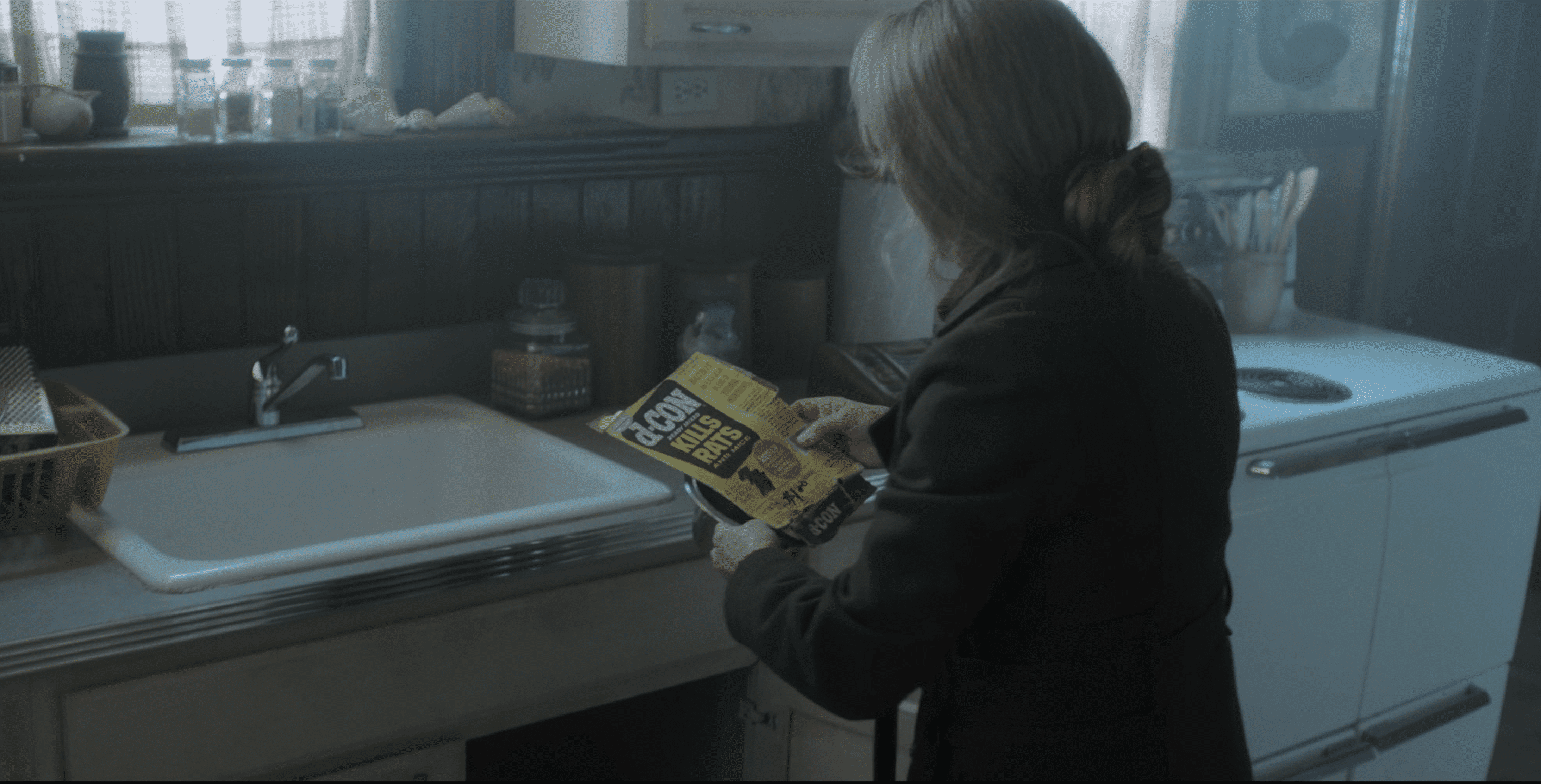 Ruth & Ruth: In the past, Ruth was hesitant to disobey the laws of Pastor Deaver. While she feared for her and her son, she feared him more. Many of the decisions she made, or did not make, have haunted her. Including having not left all those times she had intended to.

With Pastor Deaver gone, Ruth is free to live out the remainder of her life with Alan. She hopes to see more of Henry and her grandson Wendell. Ruth is running against time to make good all the things that were wrong for so long in her life.

Where are we? When are we?

At the beginning of the episode, the unboxing of the hand-carved chess pieces is played through again. This time we see more. We see the death of the dog and the toll it has on Ruth. This plays into a follow-up of experiencing the world through Ruth’s eyes. What follows is a fluid transition through time. This transition follows Ruth through the present as seen through her eyes in the episodes leading up to the present as well as past anecdotes. 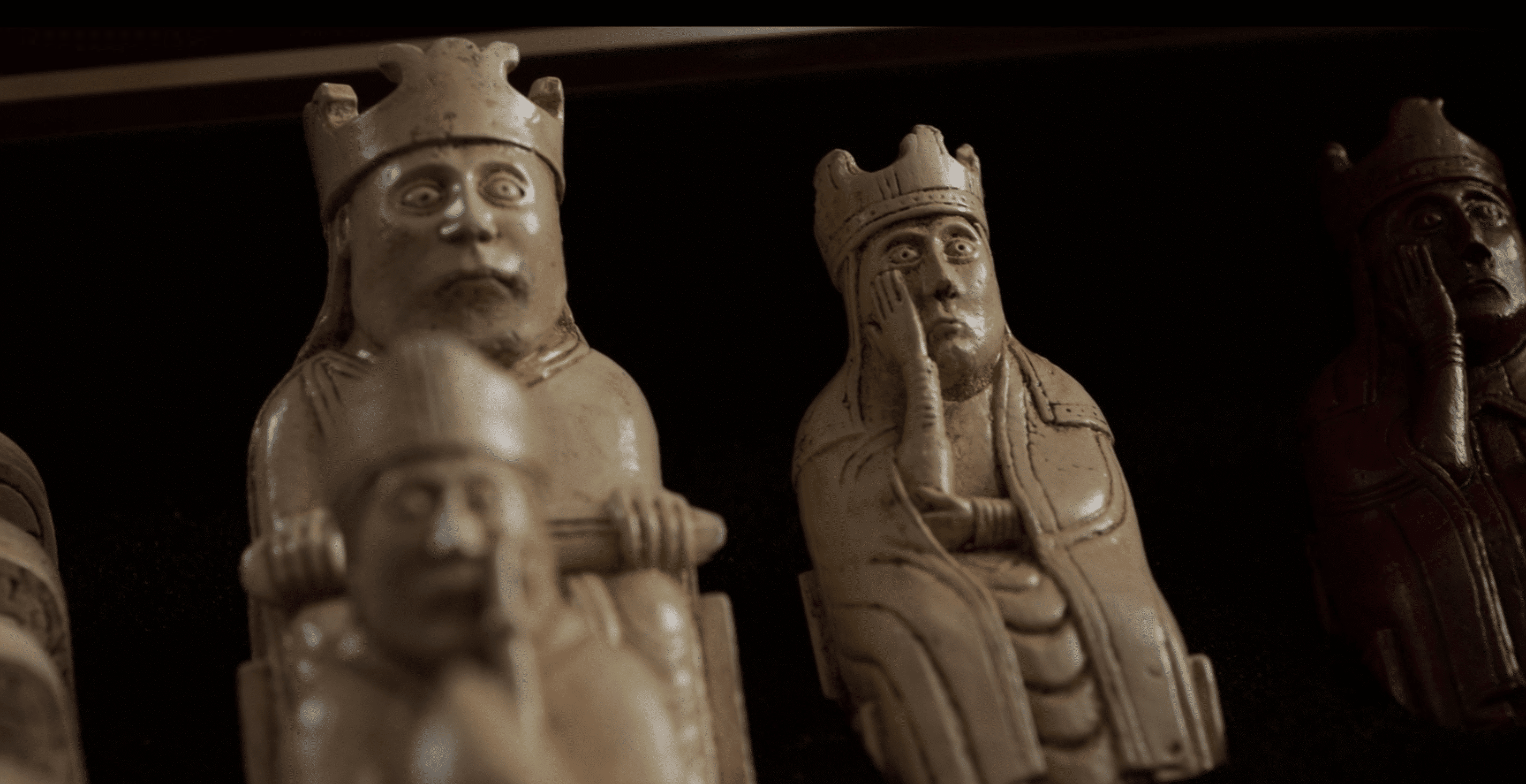 This journey begins with Ruth and Alan at the next doctor visit. Ruth determines she needs to create a method for finding her way back. She decides to use the chess pieces, one for each room, as a reminder of what is now. She explains this to Wendell when he asks why all the pieces are missing. This is when Wendell tells her that she is not crazy; she is a Timewalker. Ruth takes this information seriously. Timewalker’s are an avatar in a game Wendell plays, however, they are the most powerful avatar. They are the only avatar capable of truly killing the dead and making them stay dead. Someone capable of killing Matthew Deaver for real.

The past supports the suspicion of the volatile nature of Pastor Deaver, including the introduction of a hand gun. The one Pastor Deaver took on a picnic in the woods and used to explain how he began to hear the voice of God.

This gun then becomes the focal point for Ruth when The Kid enters the house again. The Kid is not what he seems, but this we knew. What Ruth sees though defies much of what we have estimated thus far. The Kid, as Ruth sees it, is Pastor Deaver back from the dead. And the gun is the only way she can get rid of him for good.

Whether or not this is true remains to be seen. However, there is some serious evidence presented that makes us question whether or not Ruth is seeing the truth. The information that The Kid knows is the prime example. He knows where the picture goes in the dining room, the family photo. He knows where things go. The Kid knows the song that Ruth danced to at her wedding, the combination to the safe, that she likes certain things compared to others. How could he possibly know any of this?

Ruth, having decided that The Kid is a reincarnation of sorts of Pastor Deaver, takes action. She tries to fool the kid, get the gun and bullets, and makes to shoot him. However, this plan goes awry with her time distortion resulting in something terrible happening. In the final moments of the episode we see the conclusion of Ruth hiding out in the shed. The conclusion is her shooting, and hitting, her mark: Alan. Not The Kid. A dire moment and one that is not a memory, a fake, or a vision. Reality flees once more to end the episode taking her back to when Alan came to find her. While it may not be the present, Ruth holds onto the hug they shared as if it were happening right then.

Check back for more on Castle Rock. Here is a sneak peek at Episode 8:

‘Ballers’ Tackles Privilege and Protests in an All-New Episode