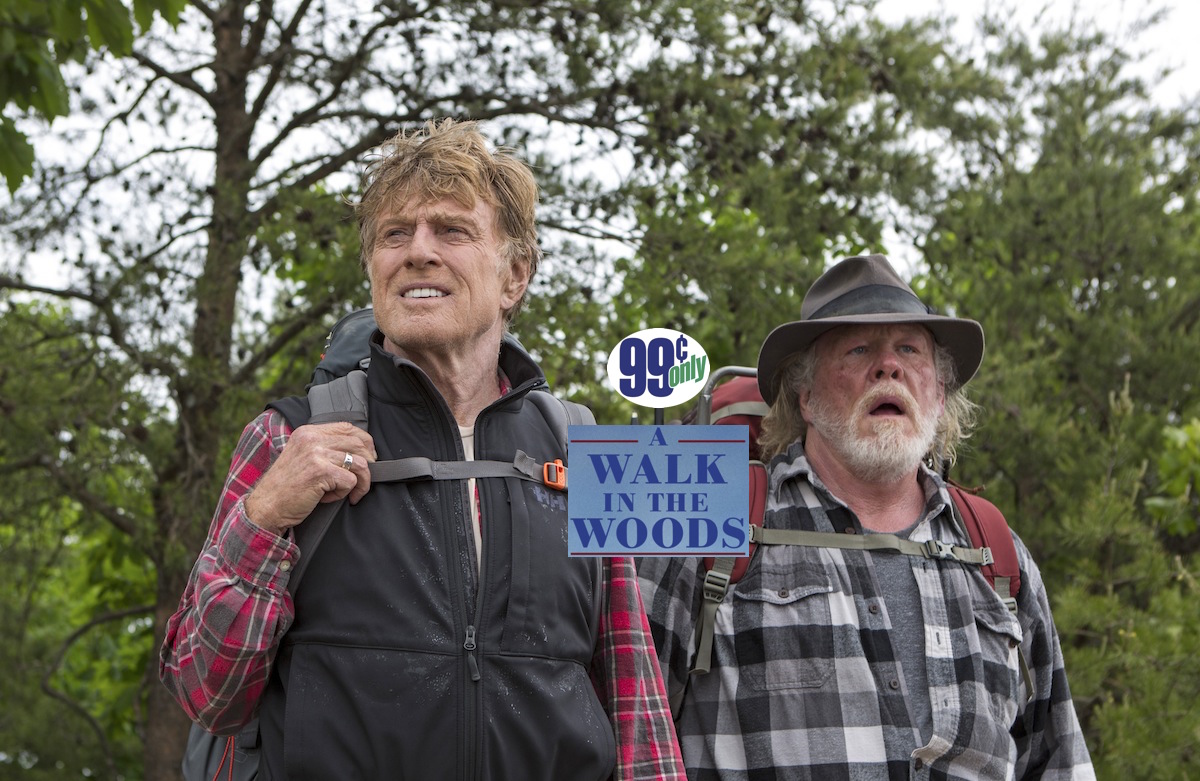 This week, Robert Redford and Nick Nolte get back in touch with nature, each other, and maybe even themselves by taking A Walk in the Woods.

I Like Knowing About the World I’m Living In

Famed travel writer Bill Bryson (Redford) has spent his life on the road. After two decades living abroad, he’s returned to New England to while away his twilight years with his wife Catherine (Emma Thompson) and family. After a few months of pseudo-retirement – and one too many funerals – Bill begins to wonder if he’s got one more great adventure in him. Luckily, the Appalachian Trail runs right through his backyard. The rugged, 2,200 mile path from Georgia to Maine becomes just the challenge that Bill is looking for. It’s also the perfect way to reconnect with his homeland. But it’s a tedious journey that people half Bill’s age can’t even finish. And Catherine insists that he find a trail-mate to watch his back. The only person that answers the call for adventure is Bill’s old running mate Katz (Nolte) – whom he hasn’t spoken to in decades. Broken down, out of shape, and possibly on the run, Katz is hardly the ideal companion. But beggars cannot be choosers. Like that, the old pals set out to reconnect with the unspoiled heart of America – and maybe reconnect with themselves.

Unfortunately, none of that actually happens. As A Walk In The Woods lumbers along for 104 minutes, it fails to find insight or intrigue in the wilderness of the Appalachian Trail or the wilderness of Bill’s and Katz’s old souls. Mostly we just get a couple of old guys walking around and tripping over uninspired jokes and fortune-cookie wisdom. 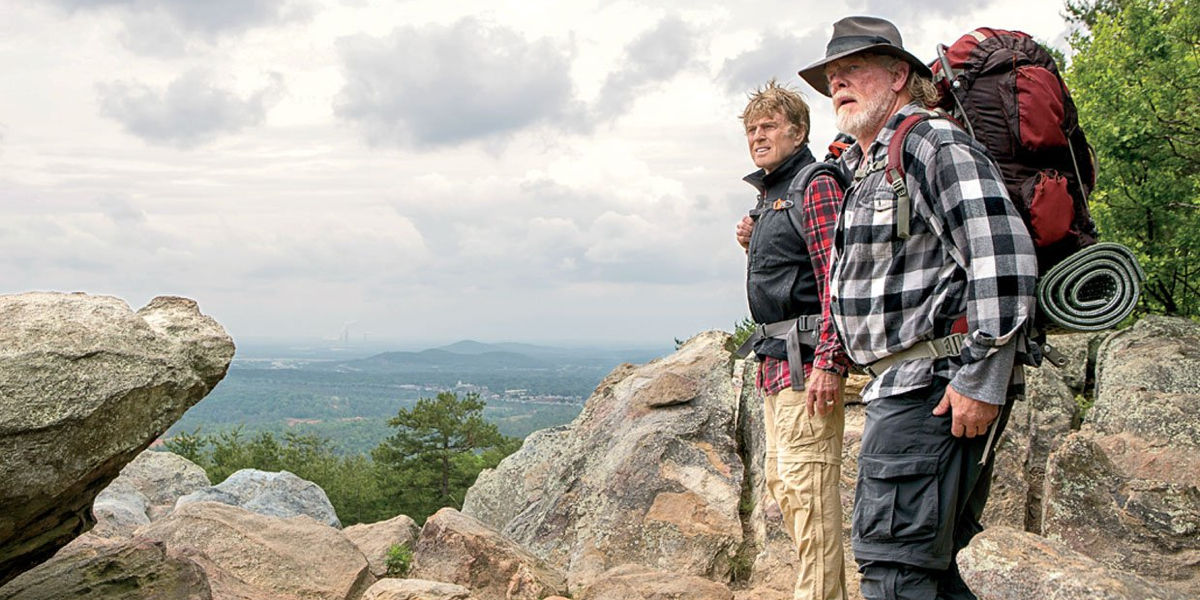 That Is Big. And We Are Small.

Those old guys are played by two of the finest actors America has ever produced – Redford and Nolte. Much was made of the salty old-timers sharing the screen together. That was the only reason A Walk in the Woods was on my radar when it was released last year. It’s a shame the actors couldn’t find better material to work with. Even worse, neither actor is capable of elevating the material through their performance.

That’s a bit surprising from Redford, who’s been showcasing a renewed vitality as an actor. His bravura, one-man-show in All Is Lost (2013) is more than ample proof that he’s still got plenty to offer as a leading man. Here, he’s trapped in a character that can’t decide if he’s a wise-guy everyman or a world-weary soul-searcher. Throughout the film, none of those characteristics shine through and Redford’s Bryson comes off more clown than introspective shaman. Nolte doesn’t fare much better – but at least he’s got a killer beard to show for his efforts. His Katz is the same aging lothario we’ve seen too many times in these ‘old buddy’ films. Through much of A Walk in the Woods, Nolte’s performance involves little more than trite ‘I’m old’ quipping and sordid tales of how many women he’s bedded. Late in the film, when confronted about his alcoholism, Nolte finally brings some emotion to Katz and breaks down a devastating account of everything he loves about drinking, the wild life he lived, and the world of regret it’s left him with. If you know Notle’s story, you know exactly where that emotion is coming from. It’s one of those rare cinematic moments where you can’t tell where the actor ends and the character begins. The sort of thing Nolte used to do on the regular. It’s a powerful scene and a welcome moment of deference – even if the emotion doesn’t last.

Of course, neither actor is helped by the lackluster direction of Ken Kwapis or the hackneyed writing of Michael Arndt and Bill Holderman. Waffling between the camp of Grumpy Old Men (1993) and the spirit of Into the Wild (2007), A Walk in the Woods never finds a balance between the styles. Redford and Nolte spend too much time bickering like the odd couple for all the ‘staring with reverence at the untamed American landscape’ moments to have an impact. Too often they find themselves making pithy jokes about the everyday people they meet along the way. And as much as the dangers of the Appalachain Trail are discussed, you never get a sense that Bill and Katz are ever actually in danger. At one point, the pair find themselves trapped on a cliff with no way to climb out. It’s the moment when they reach their grand emotional truths. We’re meant to revel in their spirituality, but the scene is so obviously staged on a backlot that you don’t believe a single second of it. Or a single word of dialogue. Because it’s all so fake … so blatantly false that you can’t ignore it – like almost everything else about this film.

Not even remotely. Save your dollar this week and run – do not walk – away from A Walk in the Woods. This lifeless, laughless, soulless film is a waste of time. The story itself is based on Bill Bryson’s bestselling memoir of the same name. I haven’t read it. But judging by the talent that this film attracted, I can only assume it’s a solid read. Do yourself a favor and go read that book. If you’re just dying to throw some money at iTunes this weekend, you’re better off dropping $3.99 on Alexander Payne’s Sideways. There’s a buddy-comedy/drama that offers profound insight into the emotional landscape of the aging human soul. Those of you who need a proper landscape to find emotional insight, drop that $3.99 on Into the Wild and see what a film can accomplish when it really believes in the untamed beauty of the human spirit. That’s true reverie.