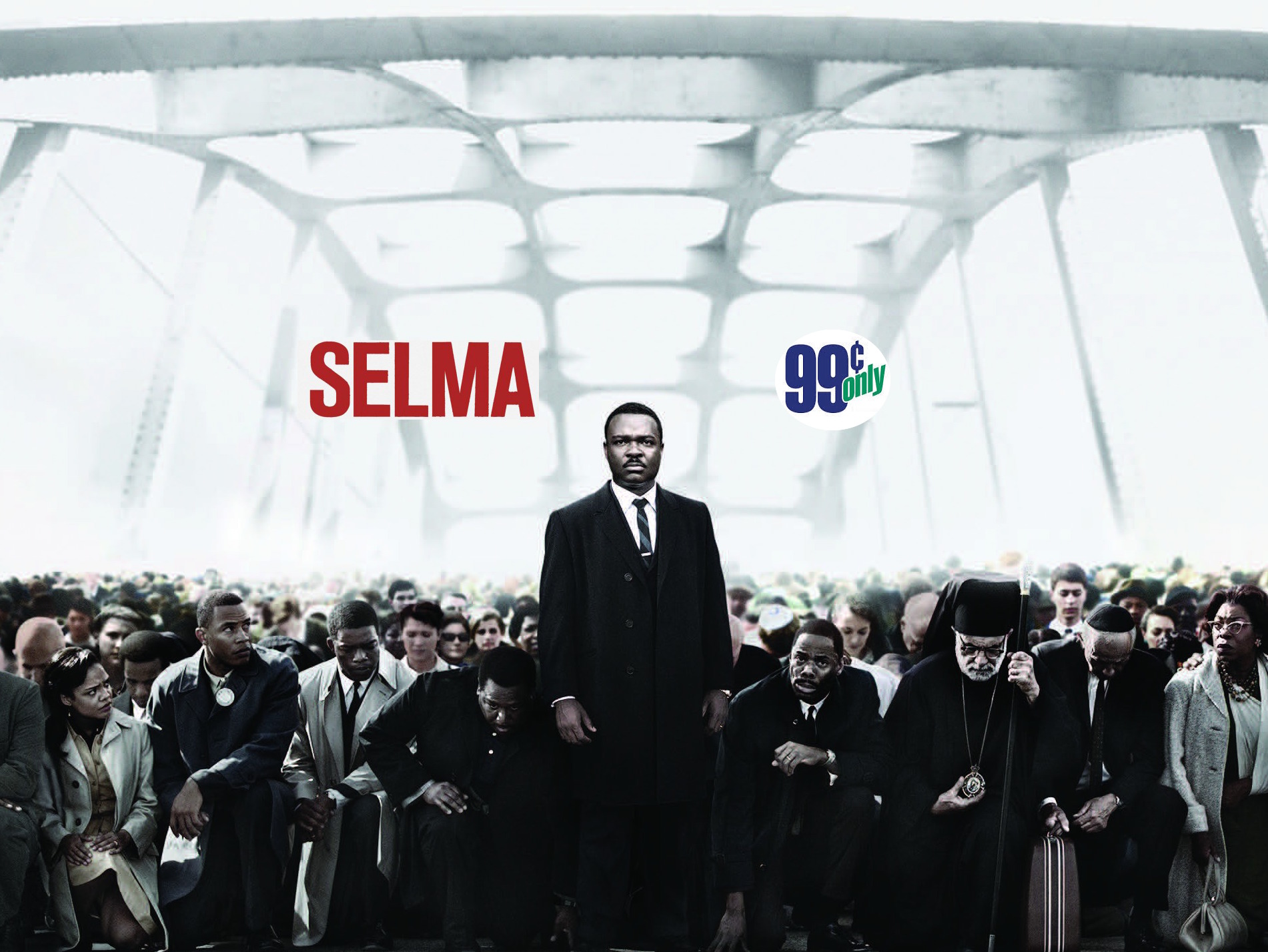 This week, iTunes turns our attention to a key moment in America’s history with Ava DuVernay’s soul-stirring film, Selma.

One Dream, Many Faces

March, 1965. The eyes of the nation fell on the sleepy, southern town of Selma, Alabama as it became ground zero for the Civil Rights movement. In the face of violent and bigoted resistance, Martin Luther King Jr. and the SCLC attempted to organize a peaceful march from Selma to Alabama’s state capitol, Montgomery. The goal was simple: force a static President Lyndon B. Johnson to pursue legislation that would ensure that ALL Americans would have a fair opportunity to vote…or at least to register.

Urgent and graceful, Selma tells the tale of a man and a country clawing through the darkness in hopes of finding a future where all citizens have a place in the light. Turn on the news and you’ll see that we are still clawing towards that light. 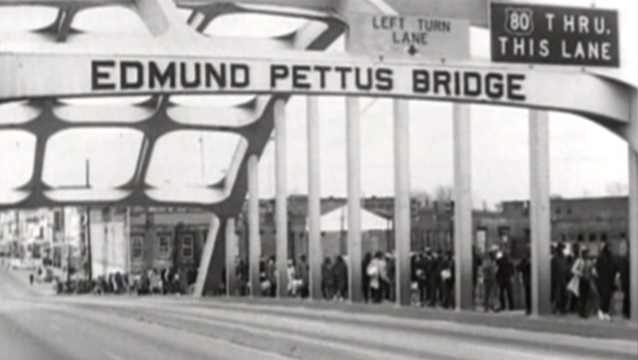 The Past Is The Past…

Hollywood will tell you that dramatizing history is a tricky business. Stick too close to the facts and your story may become stale. Stray too far and you may do insult to history and its participants. Somewhere in the middle you find the sweet spot. In that sweet spot is where you’ll find Selma.

One of history’s greatest orators, Martin Luther King Jr. was (and remains) a man larger than life. It would have been easy to let his historical stature overshadow Selma. DuVernay and first-time screenwriter Paul Webb avoid this dangerous pitfall by focusing their story as much on the machinations as on the man behind them. There is enough political posturing and back-room dealing in Selma to satisfy even the most staunch Aaron Sorkin fan. But the film never lingers in these back-rooms long enough to breed paranoia. Quite the opposite. Oval Office conversations throughout Selma are captivating in their matter-of-factness even when they are frustrating in their outcome.

In a similar vein, the filmmakers linger often on the challenges involved in organizing such a march. Legal restrictions and personal danger aside, the details are vital in the planning. The where is important as Selma is presented with a deep-rooted history of Jim Crow practices. An early scene involving blatant Voter Registration violations seals the deal and we know Selma is the right place for action. The who in Selma is where the filmmakers shine a surprising light. It’s difficult to watch as King’s SCLC clashes with members of the SNCC, who’d been championing Selma’s Voter Registration issues prior to King & Co’s arrival. Everyone is on the same side, but who gets to be in charge? One of my favorite scenes in the film involves Dr. King discussing the need of a reactionary on the opposing side. The goal is to provoke without actually provoking, and thus draw media attention to the reality of the issues at hand. In the end, it is the opposition that proves most important as Gov. George Wallace and his cronies prove a formidably and historically evil foe.

The violence begat by Wallace & Co is nothing short of brutal and despicable. To DuVernay’s credit, she stands strong and never shies away from the brutality. She doesn’t rub your face in it either. Yes, Selma is a violent film, but that violence is never gory. DuVernay wants you to feel the violence rather than just see it. She wants you to understand that it’s the victim that matters, not the violence. To that effect, she makes great use of sound in her execution of the more violent scenes. We hear someone being hit and see them just after, leaving our minds to linger on what was unseen.

Violence in tow, Selma aims to tell a gripping account of humans and human rights. The human side of the story is where Selma really soars. 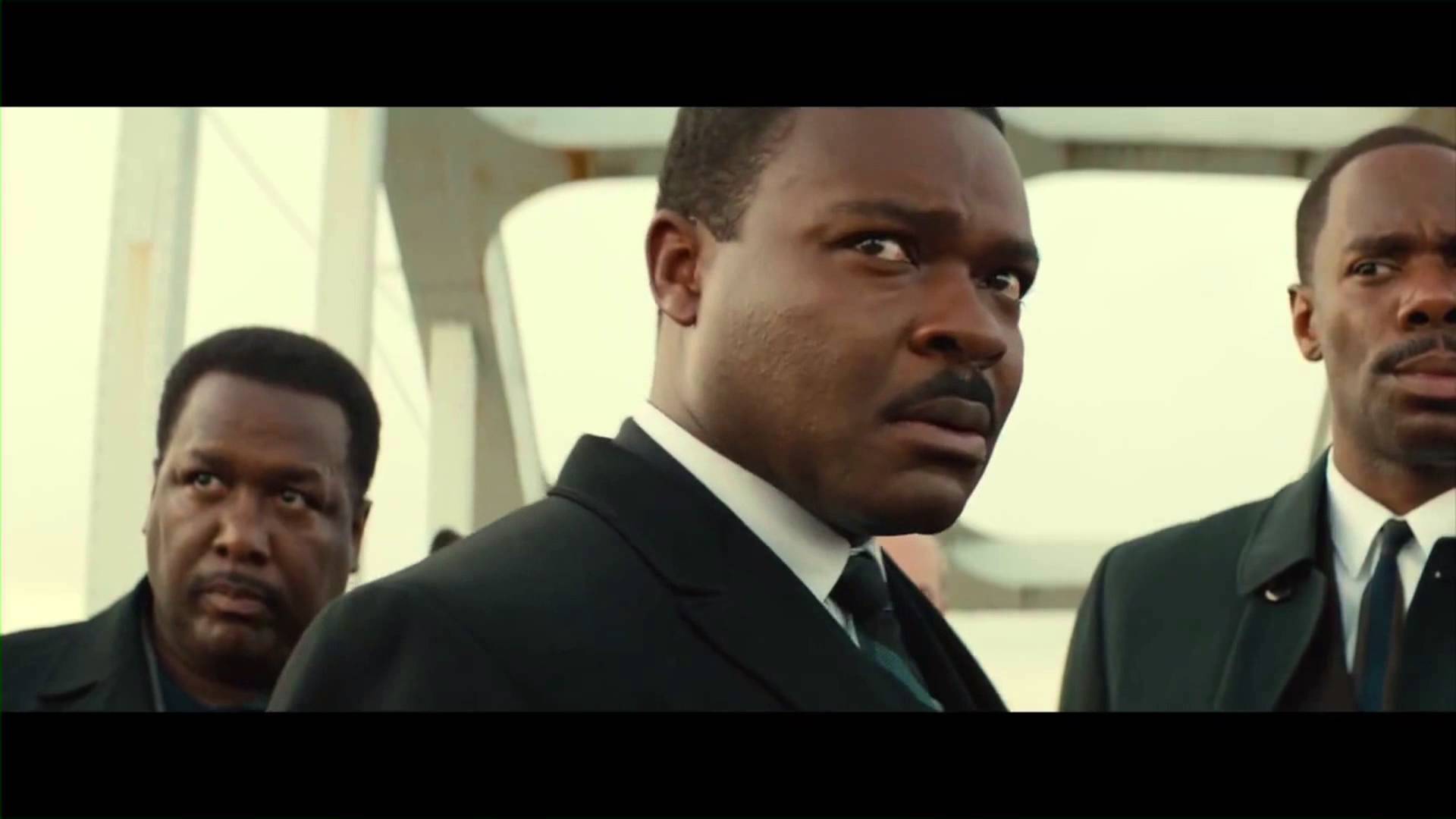 The Head, The Heart, The Movement

Of course, every single moment of Selma hinges on the performance of David Oyelowo as Dr. King. Baring a striking resemblance to the man he portrays, the 39 year old British thespian must transcend mere physicality. It’s a singular legacy he must embody. The very symbol of struggle and hope for a people and a nation. The fact that Oyelowo is not American would seem to be an impediment to his understanding of Dr. King, but it may just be the thing that makes the performance resonate. Oyelowo’s cultural distance from King allows him to look at the man not purely as martyr or idol. He has the luxury of seeing Dr. King as a human. Under that torrid intelligence and steadfast sense of righteousness, Oyelowo adds a layer of compassion and even fear behind King’s persona. Those layers keep Oyelowo’s King firmly grounded in the world and the times in which he struggled. You can see the constant battle inside of Dr. King, but you also feel the strength it takes to suppress it. In Oyelowo’s hands, Dr. King is a man who can convince you he’s made the right decision even if he can’t explain to you why. While Selma frequently reaches for grandiosity, it’s Oyelowo’s performance that grounds the film firmly in the intimate. The mix therein is what makes the film special.

Standing proudly behind Oyelowo is a remarkable (mostly non-American) cast of supporting characters and I would be remiss if I did not mention some of their performances. As George Wallace, Tim Roth (Brit) brings an unexpectedly evil logic to the ignorant, misguided Alabama Governor. Then there is Tom Wilkinson (Brit…and utterly amazing in everything he does) as Lyndon Johnson, who so wholly embodies the Commander-in-Chief (straight down to that infamous hunch) that you almost believe you’re watching documentary footage. More subtle is the performance of Stephan James (Canadian), who portrays a young John Lewis with quiet, compassionate ferocity that only bubbles over at just the right moments. But enough about the boys.

Lady and The Agitator

Sadly, one of the film’s few missteps comes in the portrayal of women. Underwritten and almost forgotten are the characters of Diane Nash and Coretta Scott King. As Nash, Tessa Thompson (brilliant in last years Dear White People) brings such a giddy mischief to her “female agitator” that you immediately want to know more about her. But she quickly finds herself on the sidelines of Selma‘s boys’ game. It’s an odd choice as Nash was a key player in Selma’s charge to Voting equality. Coretta Scott King is another matter altogether. Carmen Ejogo (Brit) ably conveys the torment of King’s wife who becomes increasingly aware that it’s “not if but when” she will lose the man she loves. It’s unfortunate, but that’s most of what Webb has written for “Corey.” She’s largely kept at home with the children, worried and jealous. We know there’s more to the woman strong enough to hold up a martyr. DuVernay and Ejogo do all they can to give the character more presence. There is one tremendous scene where Coretta encounters Malcolm X and we get to see the sharp wit and intelligence that she was known for, but it’s not quite enough. In the end, the character never rings true. It’s not a deal-breaker for Selma, but it does feel like a bit of a slight for one of history’s strongest women.

In case I wasn’t crystal clear before, YOU NEED TO SEE SELMA. Frankly, you should be ashamed of yourself if you don’t drop that $0.99 this week. More than just a biopic, Selma is document and a testament to a time when real change was worth struggling for. And it’s a beautifully resonant film to-boot.

Not to mention this.