What If I Lose It and Never Get It Back?

Through much of the 1960s, Beach Boy front man Brian Wilson positioned himself as the premiere songwriter/producer in the American music scene. With the 1966 release of the band’s avant-pop masterpiece, Pet Sounds, Wilson single-handedly pushed the Beach Boys’ sound out of the sunny, over-baked beach-pop genre and into the realm of pop-music art. That Wilson was spiraling towards a crippling emotional breakdown and chemical dependency along the way is testament to the artist’s unquestionable genius and singular vision.

There have been attempts to tell Wilson’s story over the years. Overwrought TV dramas to unfocused documentaries have done little justice to Wilson’s tale of triumph to tragedy to something in-between. Enter Bill Pohlad’s engrossing new biopic, Love & Mercy. Avoiding the traditional dramatic pitfalls that lead biopics toward cheap melodrama, Pohlad wisely focuses his film on Wilson’s struggle to create and to exist at two pointedly different moments in the artist’s life. Aided by magnificent performances from Paul Dano (60s Wilson) and John Cusack (80s Wilson), Pohlad crafts a moving, beautifully orchestrated film as complicated as the enigmatic persona it examines. 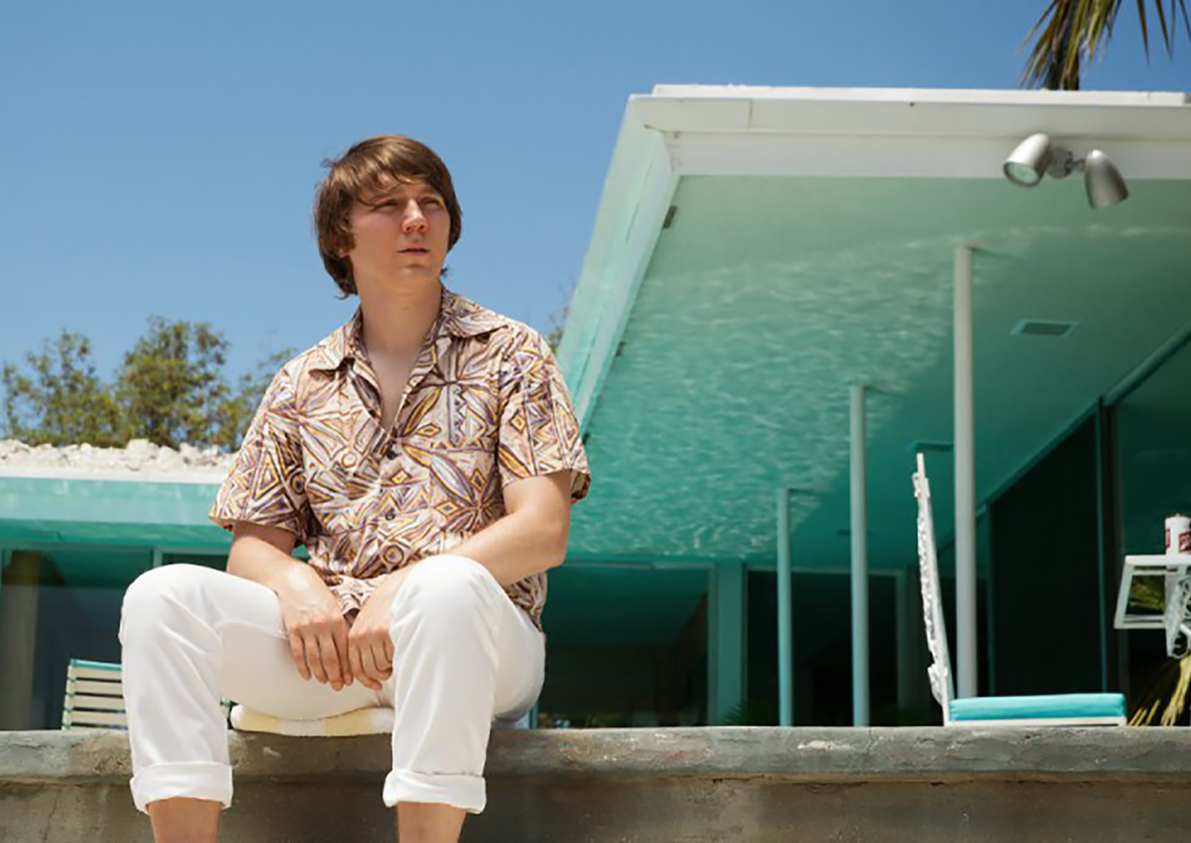 Pohlad opens Love & Mercy in 1965 as a Wilson led Beach Boys played sold out shows to legions of fans throughout the country. Behind the scenes, tension brewed as Wilson opted out of touring with the band in favor of staying in California to work on an ambitious new album. As the harmonies grew denser and more complex, the band’s inner harmony crumbled and Wilson slipped further and further inside himself.

That downward spiral is encompassed in a daring, nuanced performance from Dano that never feels like caricature. Capturing the manic inner turmoil of an artist driven to create even at the risk of his own sanity, Dano brings a staggering sense of humanity to his performance. The actor’s energy and enthusiasm are best utilized early in the film as his Wilson darts around a studio coaching an army of session musicians (aka – The Wrecking Crew) through the tricky notes and beats of Pet Sounds. In the moment, Dano’s Wilson is warm, giving, brazen, and insecure in ways that project an air of authenticity and capture the best of Wilson prior to his breakdown.

We meet an older, wiser Wilson – Cusack in a startling, emotionally raw performance – in 1987 as he emerges from nearly two decades of mental illness. Cusack has the tougher job of portraying a Wilson who stayed almost completely out of the spotlight during this period. Exhausted and directionless, Cusack’s Wilson is a tangled, exposed nerve of a human. Every second Cusack is on screen, you feel the lifetime of pain and insecurity that drove Wilson’s breakdown. But you also see the warmth and humor and humanity that somehow survived the years of darkness. Cusack has been toiling away in B-movies and silly blockbusters in recent years. It’s a delight – and a relief – to see him acting again. Cusack’s heartfelt portrayal is only enhanced by a menacing, scene-stealing performance from Paul Giamatti as Wilson’s abusive physician Dr. Eugene Landy and a tender, confident turn from Elizabeth Banks as Wilson’s savior and Mercedes dealer, Melinda Ledbetter.

Splitting time between the mid-60s and late-80s, Love & Mercy plays Wilson’s life like a tale of two artists. If I’m mentioning time a lot, that’s because time is a central theme in Love & Mercy. The timing of a musical note, the timing of an album’s release, the timing of a child’s birth, the many times your father slighted you, the darkness of time lost and the golden haze of time left. They all carry equal weight in Wilson’s world. As Love & Mercy sifts through Wilson’s many failures and successes, time is the only constant. That you can almost hear the constant ticking of a clock in Wilson’s head throughout the film is a testament to the power of Pohlad’s direction.

With such a notable time-gap, it’s Pohlad who takes Love & Mercy’s biggest gamble, betting on the audience’s willingness to watch different actors play the same person. Working from a hyper-specific screenplay by Oren Moverman and Michael A. Lerner, Pohlad delicately balances the two iterations of Wilson by telling the story in a non-linear fashion. Cutting back and forth between the warm, sunny 60s and the still sunny, but slightly cooler 80s is no easy task. But Pohlad & Co. capture each period with such ineffable authenticity that the film never feels out of time, out of place, or out of order. In the end, Love & Mercy feels at once like one Wilson looking into the past as the other gazes into the future. I’ll let you decide which is looking where. 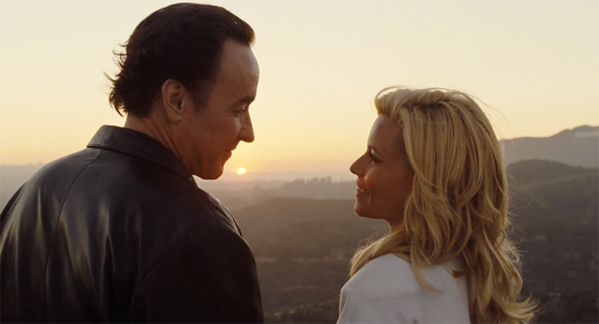 Yes. Yes it is. Frankly, you’re an absolute sucker if you do not drop that $0.99 on Love & Mercy this week. Here’s another film that made my anti-summer movie list way back in June and fully lived up to my expectations. Featuring transcendent performances from Dano and Cusack, Love & Mercy upends the biopic formula and finds a distinctly fresh take on the genre. This is a can’t miss film – so don’t. If you still need some convincing, just understand that Love & Mercy is about the guy who wrote this song.

Now drop the buck and thank me later.