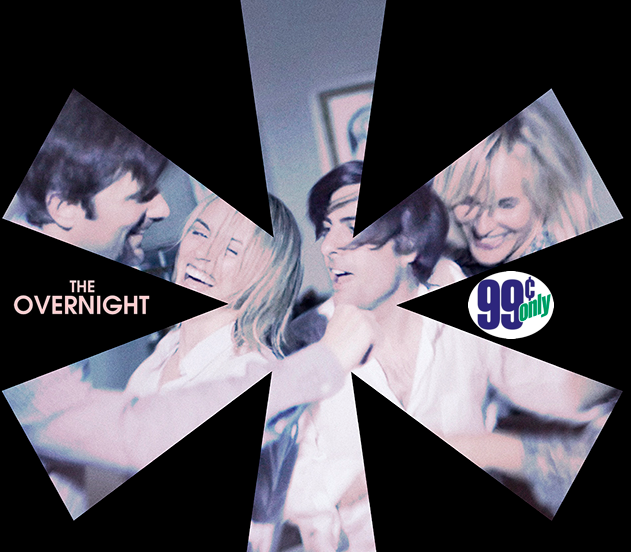 Put your kids to bed and break out the hooch ’cause iTunes is taking us into the sexy, swinging underbelly of pseudo-suburban Los Angeles in The Overnight.

I Want to Stay Here Forever

New to Los Angeles, Alex (Adam Scott) and Emily (Taylor Schilling) have yet to dip their toes into the social scene. That changes when their son, RJ, finds a sandbox buddy in Max. The chance encounter leads Max’s father, Kurt (Jason Schwartzman) to invite the transplanted family for dinner with his wife, Charlotte (Judith Godrèche). When the dinner/play date turns into a sleepover and the kids are put to bed, the night quickly takes the first of many unexpected turns. Booze – amongst other things – flows, inhibitions are abandoned, and the stage is set for a sultry, slice-of-life sex romp. But Writer/Director Patrick Brice sets his sights higher than the average sex comedy. Imbuing The Overnight with a heartfelt sense of humanity, Brice delivers a funny, hip, surprisingly soulful look at life, love, and parenthood in our fabulously disaffected society. 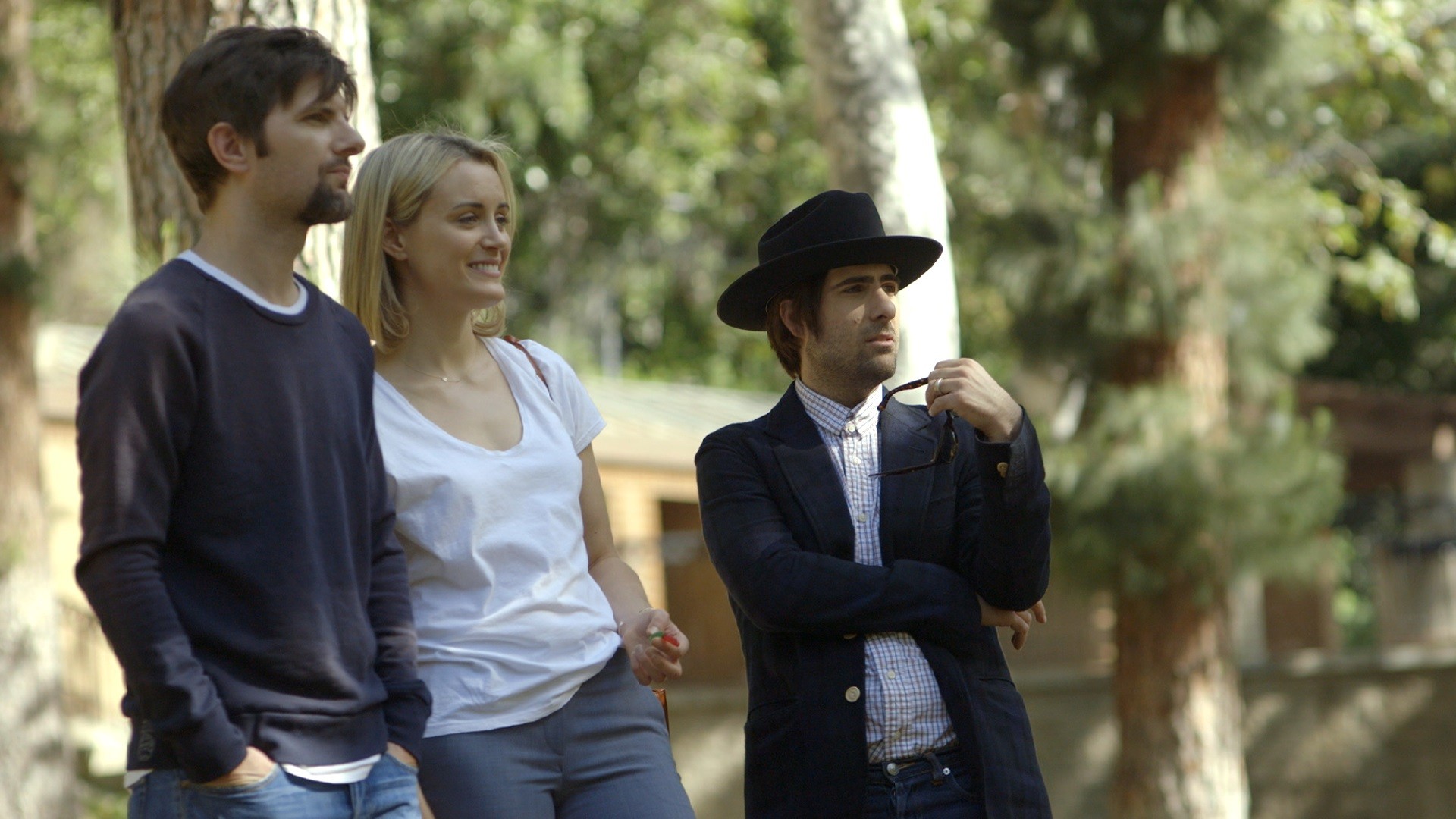 I’m so Goddamn Proud of You Right Now

The Overnight opens with a rushed, awkward sexual encounter between Alex and Emily. Fumbling towards completion before their son wakes up, the pair uncouple and talk dirty while they finish themselves off. The situation gets a bit sticky when RJ bursts into the room. If the scene seems a bit seedy, it is – and it hilariously sets the tone for Brice’s unpredictable story.

From that opening, it’s Brice’s wildly subversive screenplay that keeps viewers guessing as one awkward scenario invariably leads to a larger, more awkward scenario. It’s no easy task to keep upping the ante in an organic way, but Brice imbues his characters with such potent, human insecurities and desires that every interaction and precarious situation feels perfectly plausible – even natural. As the night unfurls and seduction takes center stage, it’s unclear who is seducing whom – or even why. That’s the beauty of Brice’s screenplay and the reason The Overnight never feels stale or contrived.

It helps that Brice elicits near flawless performances from his cast. The men get the most face time – and naked time – in The Overnight. As actors, Scott and Schwartzman are at their best when reacting. You could make a hilarious short film out of their reaction shots from The Overnight – not that you’d want to. That would entail ignoring the funnymen’s subtle, twitchy performances that pit Schwartzman’s laid-back, West Coast cool against Scott’s ball-of-nerves angst. You’d be hard pressed to find two braver comedic performances at the movies this year. But The Overnight is more that a two man-show. Schilling and Godrèche each deliver powerful performances that match and often overshadow their male counterparts. Schilling brings a wary level-headedness to Emily that grounds the film in reality even as Godrèche’s glamorous, European sex-pot vibes push the overall tone toward satire. As The Overnight shifts moods toward its altogether unexpected finale, each actor works a plausibly tragic undertone into their respectively simple character. Somewhere in the middle, each character begins to feel whole. In the end, their motivations are all spawned from similarly damaged, insecure places and that’s where Brice finds the silly, beautifully bruised soul of The Overnight.

Patrick Brice is emerging as a filmmaker to watch. The Overnight is his second release of 2015. His other release was Creep, which starred Mark Duplass and was an iTunes 99 cent rental a couple of months ago. Creep was a decent little film, but its problems (mainly a terrible ending that defied all logic) outweighed its stellar premise and playfully unnerving tone. I ended up not recommending that film. With The Overnight, Brice has crafted a sharper, more deeply felt screenplay and surrounded himself with a talented core of players to bring his vision to life. The result is a candid, heartfelt look at modern problems in a modern world. The Overnight just happens to be one of the funniest movies of the year, too. 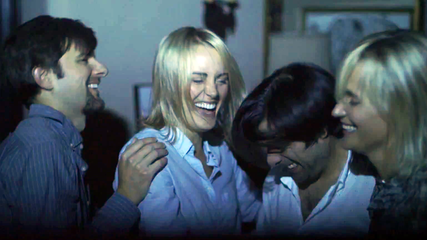 Absolutely. Way back in June, I had The Overnight pegged as one of this year’s anti-blockbusters to watch. It was one of a handful of summer releases that did not disappoint. And yes, it is actually worth a buck just to watch Adam Scott and Jason Schwartzman try to out-quip each other. I should warn you that you’ll be seeing way more of these actors – prosthetic or not – than you might be ready for. But don’t let that deter you from dropping that dollar on The Overnight this week. It’s smart, it’s hip, it’s sexy as hell, and it’s one of the few movies this year that actually made me laugh. I hope it does the same for you.