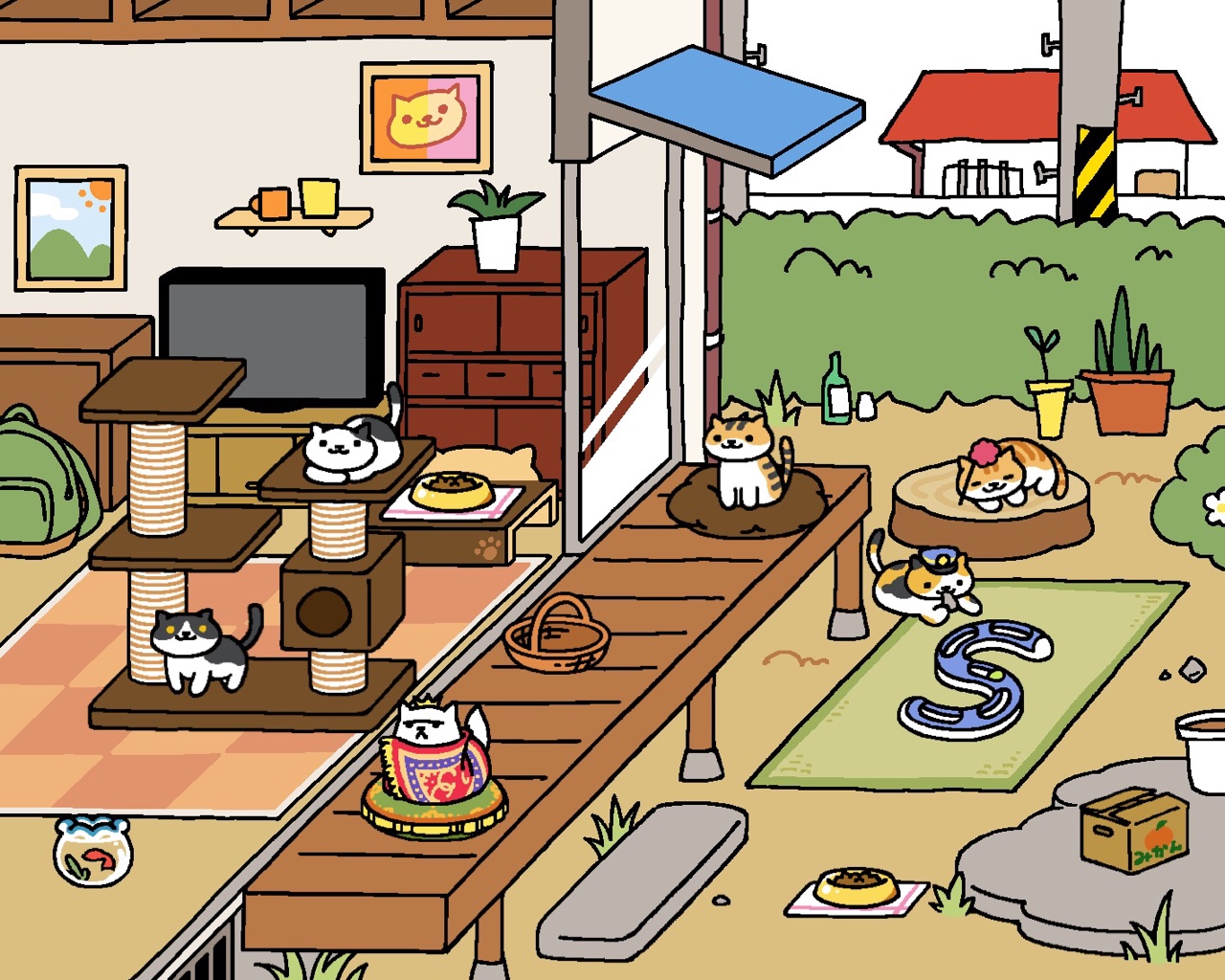 Neko Atsume, a mobile game available on Android and iOS, debuted in October of last year, but hit the US with a vengeance over the summer. The fact that it was written entirely in Japanese did little to dampen the game’s popularity. All a would-be player needs to know is that you put out food and toys for cats and the cats come. For those a little more dedicated to cat collecting, like myself, English language guides can be found online. There you learn secrets: each cat has a given name and personality, certain toys will bring out special cats, you can get free bonus currency by going to a certain menu. 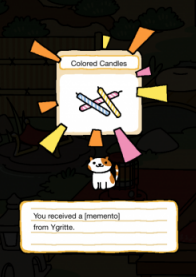 No longer must cat gaming fans rely on third-party translation! Neko Atsume: Kitty Collector was released in English in October 2015. The game has seen a resurgence in popularity since its English language debut, and there seems to be a need for more explanation for new initiates.

Neko Atsume has a simple premise and a simple, but meaningful reward. You leave food and toys for stranger cats
and they reward you with their cuteness. They leave tips in the form of silver and gold fish, the game’s currency, which fund the purchase of more food and toys. Eventually they bring you Mementos as tokens of gratitude.

The Goal of the Game

The purpose of the game, if you choose to believe there’s one apart from looking at cats, is to collect all the gifts from all of the cats. For completionists, this is where the challenge lies. Each cat has three favorite toys. The special cats will only come out to play with exclusive, sometimes pricey toys.

Where it gets complicated — or where I choose to make a game about stationary cartoon cats complicated — is the overlap between favorite items. The cats each have a Power Level which works like a Strength measure to determine the outcome of brutal cat fights over toys. (The cats don’t move when the game is open, but we can imagine.) For example– 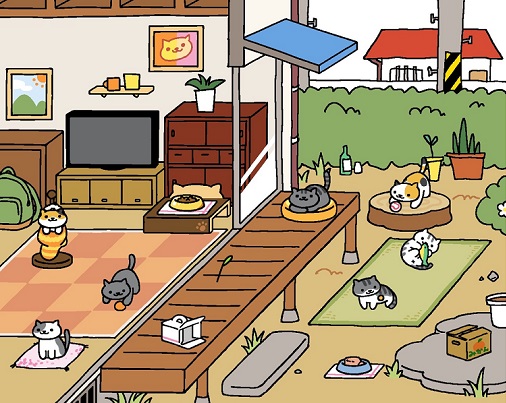 Jamie, the kitty hanging in the stocking all the way to the left, likes the yellow pillow. Drogo, the grey striped kitty on the patio, also likes the yellow pillow. Drogo is stronger than Jamie, so Drogo gets the pillow and Jamie has to make do with the stocking. Tyrion, the cat outside with the bouncy ball, has a Power Level of 0, so if anyone else comes by and wants that ball, Tyrion will be pushed out. If you want to make sure a particular cat comes out to play with enough frequency to merit the Memento, you’ll have to do a little work arranging your toys to ensure that it gets access to what it wants.

The game itself is free, but you can buy golden fish, the premium currency, with real money at dollar increments. You can easily get by without it. At the time of this writing, there are 49 unique cats to collect. I’ve been playing off and on since this summer, when the game was only available in Japanese, and I’m still at 40 cats. I’m going to keep playing until I catch ’em all.

Teal Nicole is a fancy lady who likes scary movies, bugs, and weird history. She spends most of her free time talking to cats and knitting things with swears on them.

The iTunes 99 Cent Movie Rental of the Week: ‘The Overnight’

Asus Chromebit Review: Turn Any Screen into a Browser