Home News All You Need To Know About Raspberry Pi
News

All You Need To Know About Raspberry Pi 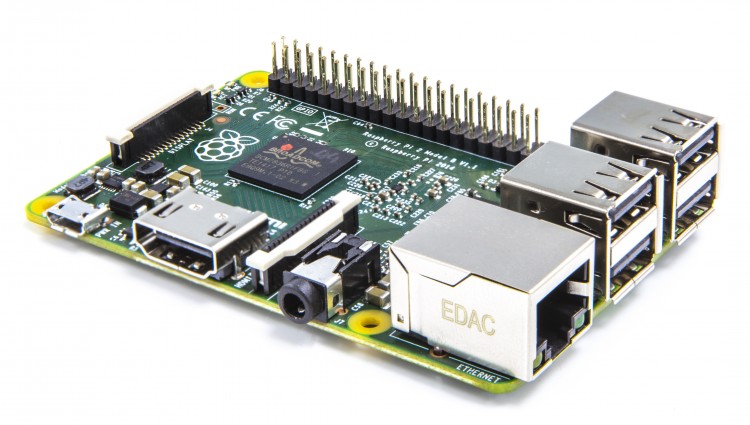 A small computer – barely the size of a credit card, which has all the functionalities of a normal-sized desktop computer (and much, much more), lets you code in your favorite languages, can be plugged into any computer monitor, TV or music system, AND lets you do cooler stuff…

Doesn’t this seem like a far-fetched dream? Doesn’t merely reading about this brilliant piece of machinery make all the geeks out there swoon?

The tiny Raspberry Pi is the brainchild of The Raspberry Pi Foundation, United Kingdom. It was developed with the intention of promoting Computer Science education among school children and hence, is extremely affordable. This comes as a huge advantage to computer geeks and technology freaks who have resorted to using the Raspberry Pi for other, much more amazing (read: creative) purposes.

Read on to find more about this amazing invention and what miracles it can do!

The Raspberry Pi was released in February 2013. Since its release, this little marvel has gained a major fan-following, mostly by geeks around the world who are keen on creating something extraordinary by coding. And it lets you do exactly that – it lets you code, AND it has the capability to connect with the external world. Yes, it’s the latest device powering Internet of Technologies.

Three of its versions have been released so far – Raspberry Pi 1 model B+, Raspberry Pi 2 model B and Raspberry Pi Zero. Each new version comes with much more improved features. Can it get any better?

Talking about specifications, The Raspberry Pi primarily comes with Linux-kernel-based operating systems installed. While The Raspberry Pi 1 has a single-core 700 MHz CPU and 512 MB RAM, the second version comes with a 700 MHz quad core and 1 GB RAM. All the versions are priced approximately at US $30.

What Can It Do?

The first time I was introduced to a Raspberry Pi was from a geeky friend. He sent me a link which shows a Christmas house light show with dubstep music in the background. Here’s a Youtube link of the video. Notice how the music and the lights go perfectly in rhythm. This has all been accomplished by a Raspberry Pi. My mind was blown. I had never seen anything so brilliant.

This led me to look further into more of the ultra cool stuff that coders have done using the Raspberry Pi. For instance, a high-school student and a technology enthusiast, Matt, maintains a website solely based on the Raspberry Pi. Whenever he gets time off school, he makes tutorials about Raspberry Pi, its features and advancements. More details here.

Nathan Broadbent, a web developer, improvised the usual microwave’s functionalities and called it the ‘Raspberry Pi Microwave’. Some features he added to his microwave include nicer sounds, an automatically updated clock, voice command controls, a barcode scanner to look up cooking instructions from an online database, and a re-designed touchpad. Read more about this microwave here.

Michael Teeuw built a ‘Magic Mirror’ using the Raspberry Pi. Yep, it is exactly what you think it is. Literally speaking, it prints things – the weather conditions, date and time, reminders, or whatever you want it to – onto a mirror! How cool is that?

With immense scope in the field of technology, this wonder mini-computer is sure to produce several future Bill Gates and Steve Jobs. It will be no surprise, if in a matter of a few years, we see school children around the world learning to code on the Raspberry Pi. Due to its affordable price and fantastic features, it will continue to be used by geeks around the world to create awesome products and improvise them using IoT.

Since Internet of Technologies is the next big thing, Raspberry Pi will prove to be extremely vital in the implementation of several of the features of IoT. This mini-wonder will surely be responsible for several technological advancements in future. We are all excited to see them, for sure!

The iTunes 99 Cent Movie Rental of the Week: ‘The Overnight’