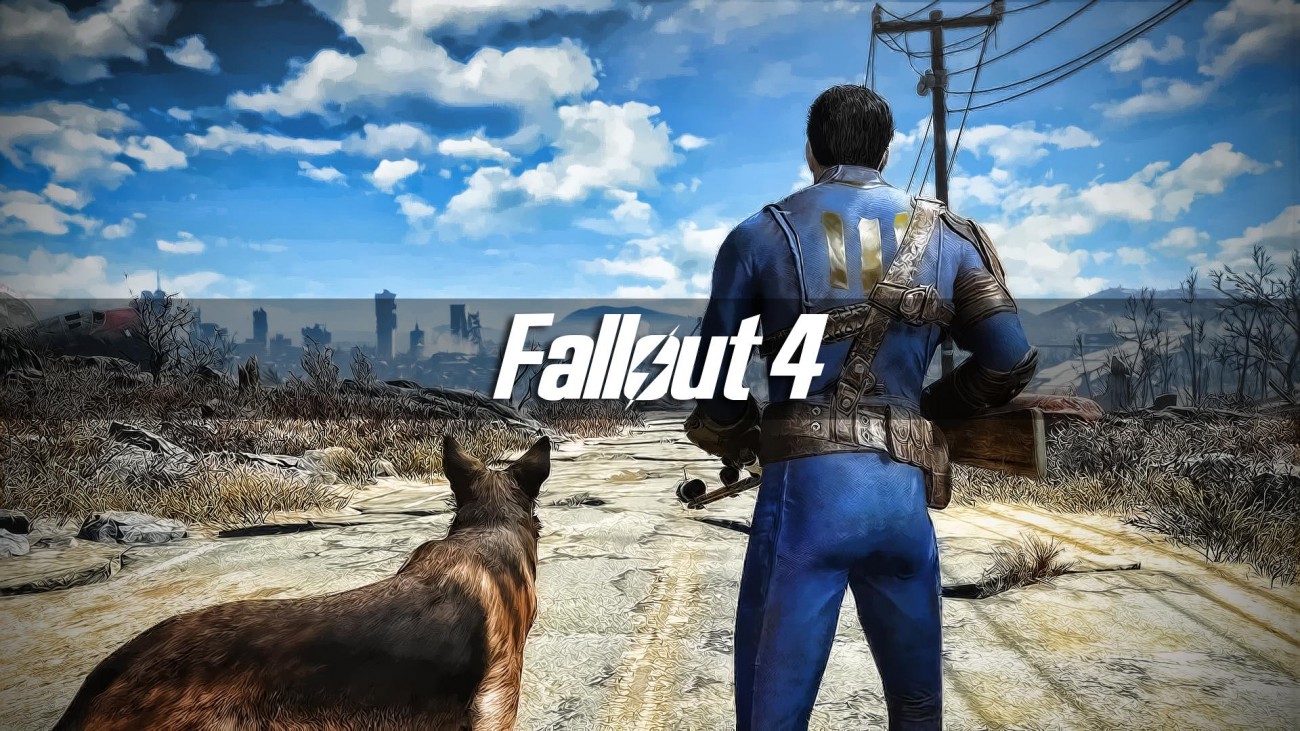 So, Fallout 4 is finally out, at long last. Unfortunately, I didn’t get a chance to play it until recently, but when I did, my expectations were blown out of the water. This is a wonderful game with impressive graphics, immersive gameplay, and improvement upon improvement upon the rest of the series (though it retains most of the classical elements that make it a Fallout game). It could easily win Game of the Year. So without further ado, here are the details.

After a few minutes of pre-war gameplay, the bombs start falling. Your character (whose face can be modified to incredible extent, even to the point at which the player can recreate their favorite movie and TV characters if they’re creative enough–yes, it has been done) makes his/her way to Vault 111 with his/her spouse and baby son Shaun. Without spoiling any major details, an experiment by Vault-Tec (those guys are actually pretty conniving) causes the player character to escape the Vault as the “Sole Survivor”–200 years later. The gameplay from that point on is, in a word, excellent. I could tell Bethesda took their time with this game. It’s so fun and immersive that I found myself playing for hours, having only meant to play for maybe an hour to get all of the introductory stuff done.

Pretty soon, you meet Dogmeat, an adorable, overpowered, unkillable German Shepherd follower who can distract, find, and help kill your enemies, search bodies and buildings, and even store a large amount of the loot you pick up. Speaking of loot, this game places a heavy emphasis on taking random stuff that’s lying around and gathering supplies. Also, now you can just point your targeting reticle at a container to pick up loot instead of actually opening it, which is much faster and much more efficient. You’ll need the loot you pick up all over the place in order to create bases of operation and modify armor and weapons. Just make sure you stock up on screws! They can be obtained by scrapping desk fans, hot plates, and globes.

Unlike the previous Fallout games, the guns no longer wear out and no longer require fixing (finally!). There are tons of them, though the pipe guns are not that high-quality, and you’ll find a lot of those in the beginning. Also, there is a surprising amount of ammo and caps to collect early on. Raiders are loaded with them, so it won’t be hard to find ammo (though .308 rifle rounds used by snipers and rifle-users are still not as common as other ammo is, unfortunately).

After doing the introductory quests, I started off-roading a bit in order to get to my next destination and experience a bit of the Wasteland as I did it. Your character lives in Boston, and the post-apocalyptic landscape is gorgeous in its own ravaged way. It isn’t drab grey or sepia-toned like Fallout 3 and it isn’t completely tan like Fallout: New Vegas. The grass, trees, sky, and building walls are vibrantly colored, so you’re not always looking at the same monotonous color tones. Random Raider outposts, feral ghoul communities (I hate those things), the occasional traveler/trader, beautiful-looking rivers (careful, they’re radioactive), and settlements dot the landscape. In the urban parts of Boston, the buildings are wrecked but accessible, as they’ve been turned into habitations by (again) Raiders and feral ghouls. The twisting streets of desolate, Raider-infested cities are highly detailed, with post-apocalyptic building skeletons rising up on every side.

If you play this game, you are going to spend a lot of time at crafting tables creating supplies and modding your weapons. You just are. It’s a great experience, though you might think at first that it’s a little too detailed (I can’t believe I’m saying that). You can modify the living daylights out of your guns, improving their accuracy with different scopes, stocks, handgrips, clip sizes, receivers, etc. You can even rename them (though I personally haven’t done that yet). There’s a suit of power armor that you get early on which doesn’t add to your carry weight; it acts instead as a sort of shell that you can get in and out of. You can take it, modify it, and go adventuring in it, or you can just leave it in your workshop and find/buy light armor. Combat around the wasteland is much the same, except for an only slightly modified V.A.T.S., which is not as powerful as it has been in the past. Now, instead of freezing time, V.A.T.S. only slows it down, and you might find yourself scoping more often than you used to. It’s still a great system, but it might not be the best idea to use it all the time, especially since there are so many great, powerful guns and different types of scopes to put on them.

The story revolves around the player character, the Sole Survivor, trying to find his/her son Shaun, who was kidnapped by strange men while the Sole Survivor was in the Vault. People in post-apocalyptic Boston send the player character from person to person and settlement to settlement, each part of which offers fun missions to complete and more clues as to what happened to Shaun. Opportunities are given to join factions (because, of course, this is Bethesda we’re talking about) such as the Brotherhood of Steel and the new Minutemen faction. The level cap has been removed (hype!), and there is an impressive array of level-up perks which you can choose and further customize your character. There’s so much to do, experience, and explore in this game that many of the developers don’t even know everything there is to do.

Overall, Fallout 4 is a solid, well-crafted, entertaining game experience. I have enjoyed it immensely, as have many others by now. From various sources I’ve seen since its release, this game has been the best and most anticipated game of the year. I fully expect to enjoy the rest of my experience when continuing to play it. I honestly think it’s the best Fallout game (and probably the best Bethesda game) yet, though I would still encourage playing 3 and New Vegas.

All You Need To Know About Raspberry Pi