The iTunes 99 Cent Movie Rental of The Week: ‘Insurgent’ 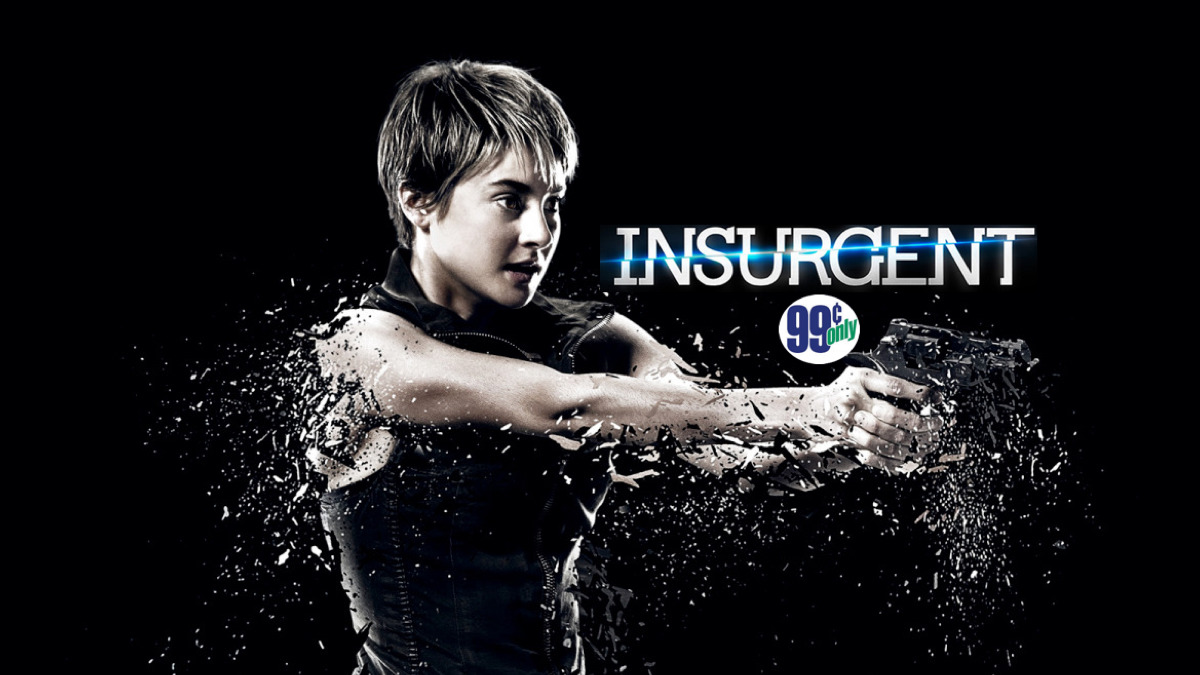 It’s been said that imitation is the greatest form of flattery. For proof of that statement, look no further than Hollywood. While studios have been mimicking styles and formulas to varying degrees of success for decades now, it feels more and more like there is a cut and paste mentality among producers of young adult franchises. But these films are rapidly entering a danger zone where the word mimic is becoming copy. Members of the cassette tape generation can tell you that every time you make a copy of a copy, you lose a little crispness, definition, and overall quality. Such is the case with Insurgent, a painfully boring film that borrows elements from too many outside sources to have any identity of its own. Take one part The Matrix (1999) and two parts The Hunger Games (2012) and you’ll have a fairly close approximation of Insurgent. For a story that deals implicitly with identity, this is not a good thing.

Insurgent is the second installment in Veronica Roth’s Divergent Trilogy (now spanning four movies). This overblown film adaptation opens in the immediate aftermath of series opener, Divergent (2014), and follows girl-power protagonist Tris Prior (Shailene Woodley) as she battles the totalitarian regime out to destroy her. There’s also the matter of some pesky inner demons that threaten to consume her. Cumbersome and appallingly dull, the action unfurls in waves of angst and bullets as Tris and a ragtag band of super-cute rebels fight for their right to be who they are and do what they want…even if that doesn’t add up to much more than hanging out and looking cool. 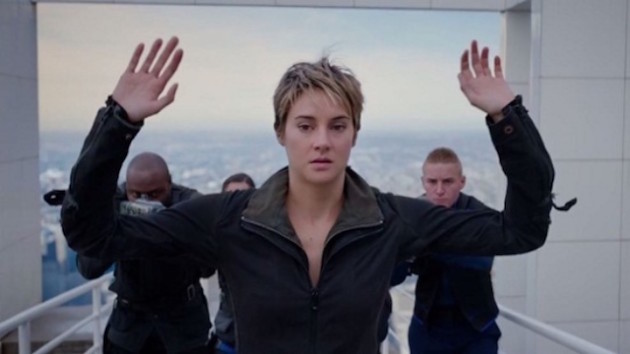 “Once A Stiff, Always A Stiff”

I’ll cop to having not seen Divergent (2014) or read Roth’s books, so I went into Insurgent with a bit of a blank slate. Luckily, the opening moments of this sequel are wonderfully efficient and I was up to speed in no time flat. Strict adherence to societal classification systems maintain the status quo, evil empire rules with an iron fist, unclassifiable (aka divergent) protagonist threatens to ruin abundant societal serenity. Got it. One hour and forty minutes later, not much progress had been made. Sure, a lot happens in Insurgent. There’s tons of action and gun play and longing looks between Tris and her absurdly hunky beau/bodyguard, Four (Theo James). But it never leads anywhere. Every time it feels like Insurgent is building to some great action scene or some unexpected truth, nothing much comes of it. Actions scenes are poorly staged, fight scenes feel like they are happening in slow-motion, and grand truths arrive in fortune cookie fashion.

It’s screenwriters Brian Duffield, Mark Bomback, and Oscar Winner Akiva Goldsman (on an epic cold streak of late) who drop the ball in adapting Insurgent. Soap-opera caliber dialogue, egregiously obvious twists, and embarrassing plot contrivances contribute to a script that crafts a world far more provocative than the characters that inhabit it. And there is genuine intrigue within the walls of a decimated Chicago that features a sleek high-tech society sprung from bombed-out, overgrown surroundings. Director Robert Schwentke does true yeoman’s work in building a visual palette out of the contrast. There are several scenes throughout Insurgent that allude to a striking visual plan of attack from Schwentke and his production team, but every alluring moment is undone the second a character swings into frame. But don’t blame the characters. Schwentke and his writing team (three writers = bad news) waste the talents of Kate Winslet, Naomi Watts, Octavia Spencer, Zoë Kravitz, and Miles Teller. Not to mention star Shailene Woodley whose emotions shift from wince to scowl throughout as her Tris works to save a mundane society that only feels like it needs saving because she says it does. I would have appreciated even the slightest allusion to the concept that much of this society would be terrified in a world without structure. I suppose that idea was deemed too heavy for much of Insurgent‘s target audience.

That target audience is what’s supposed to set Roth’s Divergent series apart from competitors. With a strong female lead and a fiercely intelligent female antagonist, Roth spins a uniquely female-centric fable targeted at young women. It’s a shame that producers hired three male screenwriters and a male director to adapt the story. I can’t help but think this film needed a more subtle, female voice guiding us through the barely-glimpsed corners of this grand outsider’s tale. With themes of love, isolation, fear, and forgiveness, there are deeply human emotions left unexplored at Insurgent‘s core. The half-baked, testosterone driven action vehicle we’re left with has little to offer its male or female audience than two hours of glossy distraction. But that may be enough for a generation of filmgoers that knows nothing but copies, mimics, and stylistic remakes.

You couldn’t pay me to watch Insurgent again. I’m certainly not recommending you spend your hard earned money on it either. It’s melodramatic, horribly shallow, and worst of all…boring. If you’re dying for some dystopian drama, dig out that old DVD of The Matrix and give it a 1,000th spin. If you’re like me and appreciate a few more brain cells in your sci-fi, do yourself a favor and drop the $5.99 to rent this year’s best film, Ex-Machina (2015). Better yet, drop $4.99 on The Spectacular Now (2013) and remind yourself how intriguing Shailene Woodley and Miles Teller can be when working with the right material. I could keep listing better options than Insurgent, but that list is infinite and I’d rather just get on with my life. Get on with yours as well by watching anything else this weekend. And thank me later.

5 Linear Actuators to Get Your Robot Moving