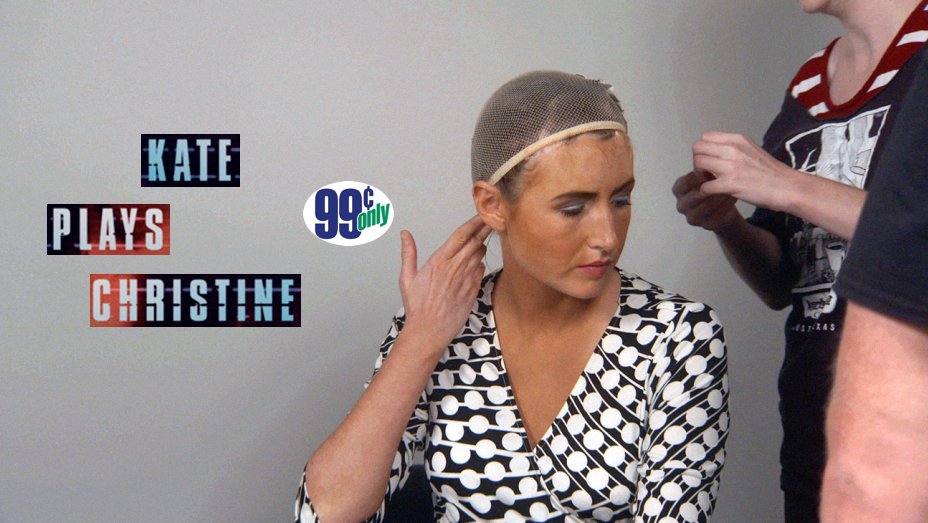 Ok, the main event this week is Woody Allen’s latest effort, Cafe Society. The film stars Jesse Eisenberg and Kristen Stewart as would-be but maybe won’t-be lovers on the fringe of 1930s Hollywood. It’s a breezy little film that fits snugly into Allen’s fidgety oeuvre even if it doesn’t quite measure up to his best work. If you enjoy what Allen does, you’ll probably enjoy Cafe Society. If not, you won’t find much to like. I enjoyed the film in theaters, but I didn’t feel the urge to re-watch it or to write about it. So make of that what you will. Luckily, the folks at iTunes always pick a little seen indie to feature at the same low price. So …

This week, Kate Lyn Sheil tries to get into character as suicidal reporter Christine Chubbuck in Kate Plays Christine.

I’d Like to Become a Lady with a Little Spice

Actress Kate Lyn Sheil has made a career of disappearing into the fictional lives of other people. But her dedication – and her sanity – are tested when she tries to get into the skin of 70s newswoman Christine Chubbuck. As Sheil dives deeper into character, a camera crew documents every harrowing moment in Robert Greene’s ethereal documentary, Kate Plays Christine. 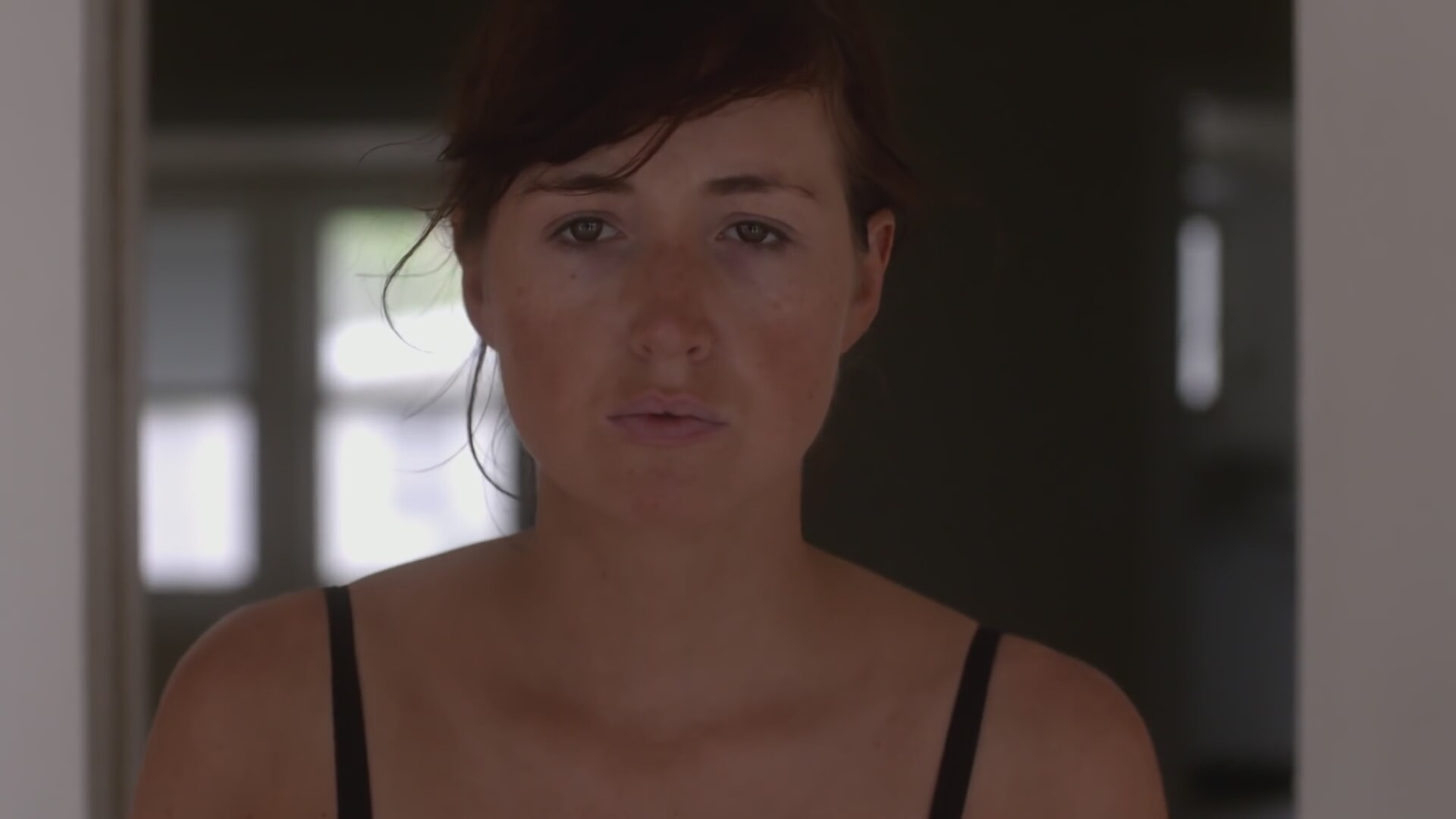 You might be asking yourself, “Who is Kate Lyn Sheil? And who is Christine Chubbuck?” Don’t worry, you’re not alone. Let’s start with the latter and work our way around.

Sadly, I can’t tell you exactly who Christine Chubbuck was. I’m not sure anybody else could either. What I can tell you is this – she was a complicated, strong-willed woman who devoted her life to reporting the news. She was the sort of person people wanted to know, but she struggled to connect with others. She suffered from depression. And she was frustrated by every short-coming life had dealt her. On July 15, 1974 she walked into the newsroom of Channel 40 in Sarasota, FL. She took her chair and read the news. After a few moments, she pulled a .38 revolver from her handbag and shot herself in the head – in the midst of a live broadcast. Her last words on this Earth were, “In keeping with Channel 40’s policy of bringing you the latest in blood and guts, and in living color, you are going to see another first … attempted suicide.” Take note of the word ‘attempted’. Chubbuck was not the sort of reporter who assumed anything.

In theory, Kate Lyn Sheil should be a little easier to understand. She’s an actor who’s spent the past decade stealing scenes in some of the best shows (House of Cards, The Girlfriend Exprience) and movies (Listen Up Philip, Equals) out there. Theories are often wrong. So, while you might recognize Sheil’s face, you really don’t know anything about her. You’re not going to understand much more about her once the credits roll for Kate Plays Christine either. But you will get to spend a couple of hours watching Sheil struggle and transform as she searches for a smidgeon of truth in the tragic life and death of Christine Chubbuck. And yes, that’s as compelling a prospect as it sounds. Just know that it’s often a perplexing journey. And know that anything you learn about Sheil is only important in how it relates to her subject. The facts of her own life are only important in terms of her process.

Sheil’s process is the subject of the beguiling documentary that is Kate Plays Christine. The film opens with Sheil preparing to leave the crowded confines of Chinatown, New York for the sprawling coastlines of Sarasota, Florida. She knows she isn’t quite prepared for the job ahead. She’s shaky. She’s excited. She’s wholly divided about taking the role of such a complex character. That sense of division saturates every nervy frame of Robert Greene’s film. Greene captures each rigid moment of Sheil’s struggle with the verve of a classic thriller.

Along the way, he crafts a complex examination of self and morality in the face of modern media. And he guides his star toward a harrowing finale that questions the very existence of the story he’s documenting … not to mention our own desire to witness that story first hand. It’s as venomous and infuriating as it is honest and unflinching. In those agonizing final moments, Kate becomes Christine and Christine becomes Kate. Fantasy is reality and Kate Plays Christine isn’t so much a film as it is an experiment in subjective reality. Sheil’s journey becomes a mirror for humanity’s darkest desires and her performance becomes the ultimate act of defiance. Much like Christine’s own. 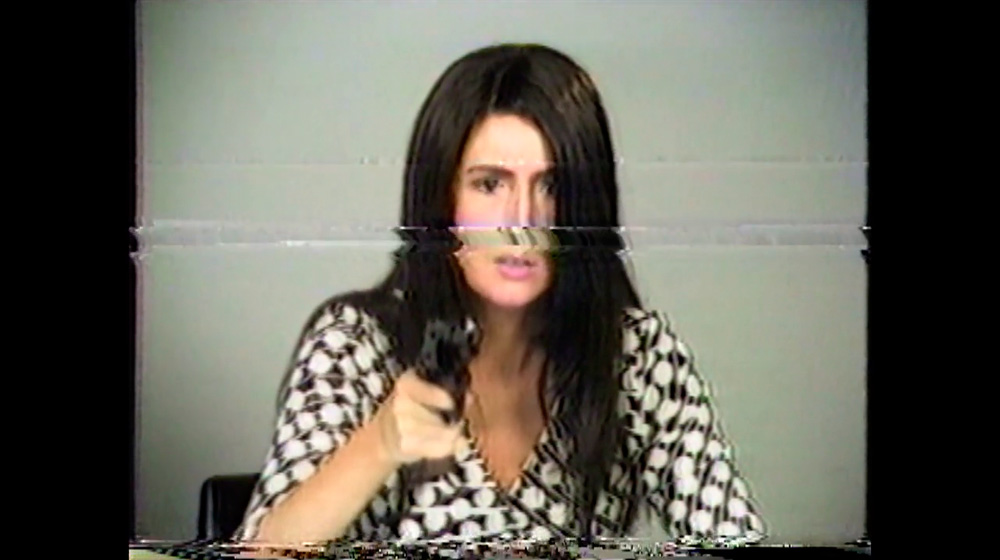 Kate Plays Christine is an intriguing, densely layered movie … and a lot of you will probably hate it. Not because it’s a bad film, but because it’s an honest one. Kate Plays Christine is a feisty human drama that has a lot to say about acting, identity, depression, and the dangers of sensationalized media. If you’ve been watching the news this week, well, you know exactly how important that last bit is. You know that we’re all party to that in one way or another. Kate Plays Chrsitine knows it too. And it refuses to let any of us off the hook. That’s exactly why you need to see it.