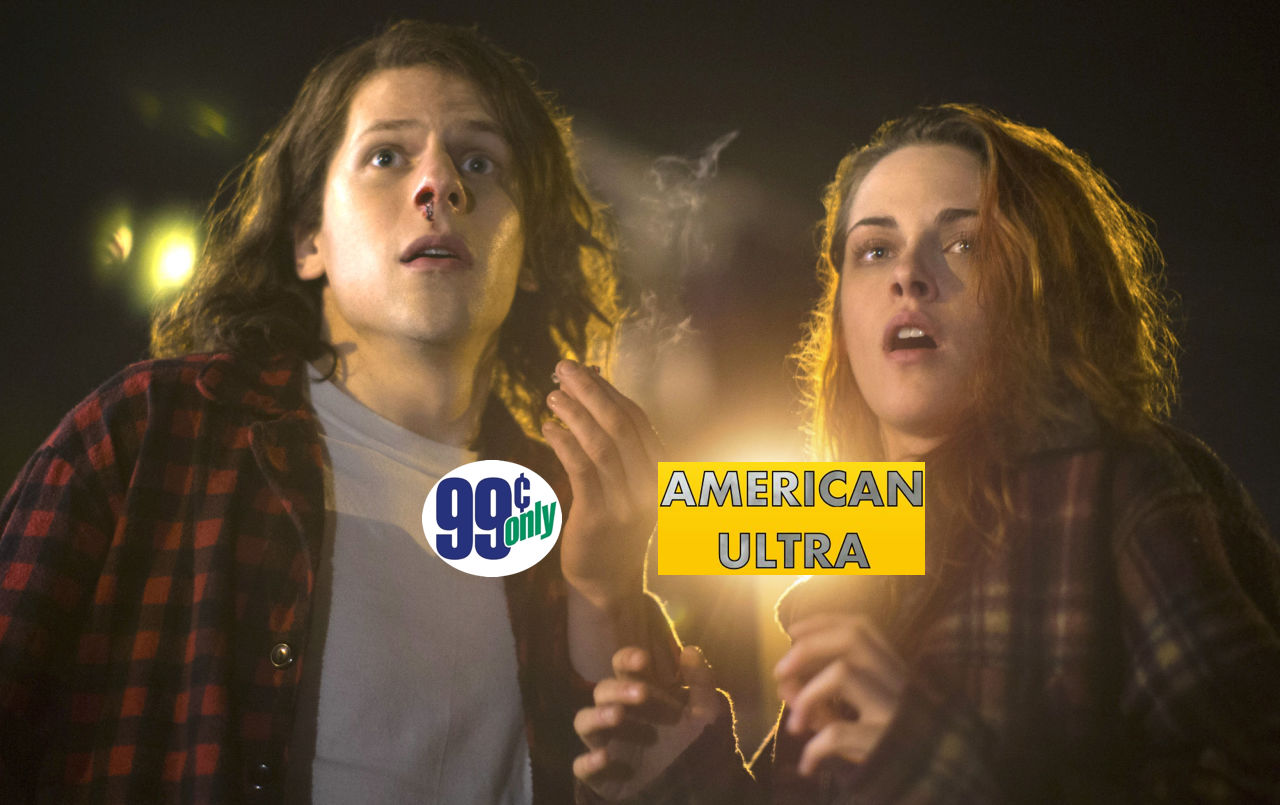 This week, Jesse Eisenberg and Kristen Stewart get high and kick ass in American Ultra. 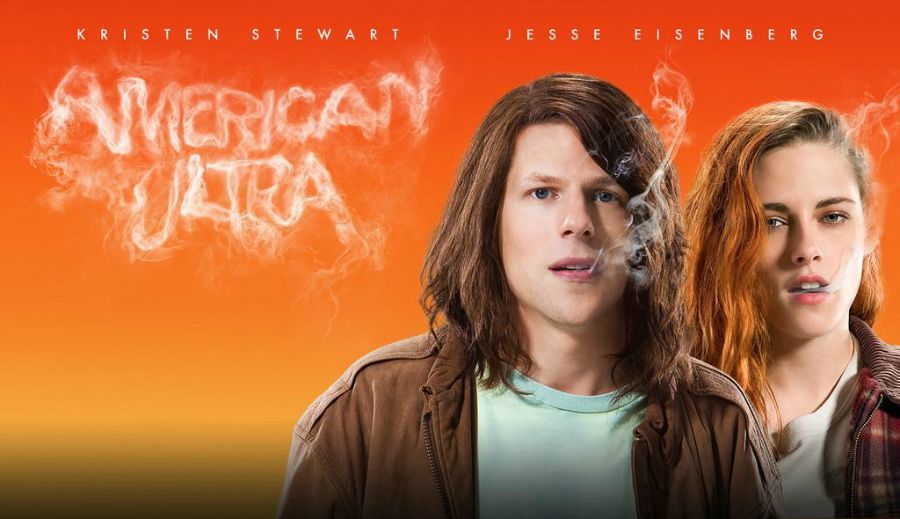 It Started Three Days Ago in the Town of Liman, West Virginia

Small town stoners Mike (Eisenberg) and Phoebe (Stewart) are content to while away their days puffing down joints and spinning fresh adventures for Mike’s long-in-the-works space monkey graphic novel. Given Mike’s neurotic nature and crippling fear of travel, there aren’t many openings for the loving couple to broaden their horizons. But Mike wasn’t always the phobic, shell of a man he’s become. Turns out, this brain-dead smoke jockey has quite the colorful past. It’s a past that Mike is completely unaware of. And a past that the CIA needs to keep quiet. But the agency’s approved deprogramming is no longer enough and lethal measures are ordered by a wannabe agency big shot (Topher Grace). Before Yates’ goons can get their sights on Mike, an old CIA ally (Connie Britton) turns up to reset Mike’s smokey memory and get his sleeping brain back into action. Foggy memories and violent instincts flood back into Mike’s brain while a gang of CIA assassins head to town to upend his and Phoebe’s peaceful existence. They will not have an easy go of it. As fists fly and body counts rise, American Ultra trades its slacker comedy vibe for a bout of bloody action. Driven by a pair of winning performances from Eisenberg and Stewart, American Ultra is a fun, often endearing slice of stoner action. But the film never quite finds the right balance between its dueling personalities. Ultimately, the genre mashup’s clever setup and easy charm go up in smoke. 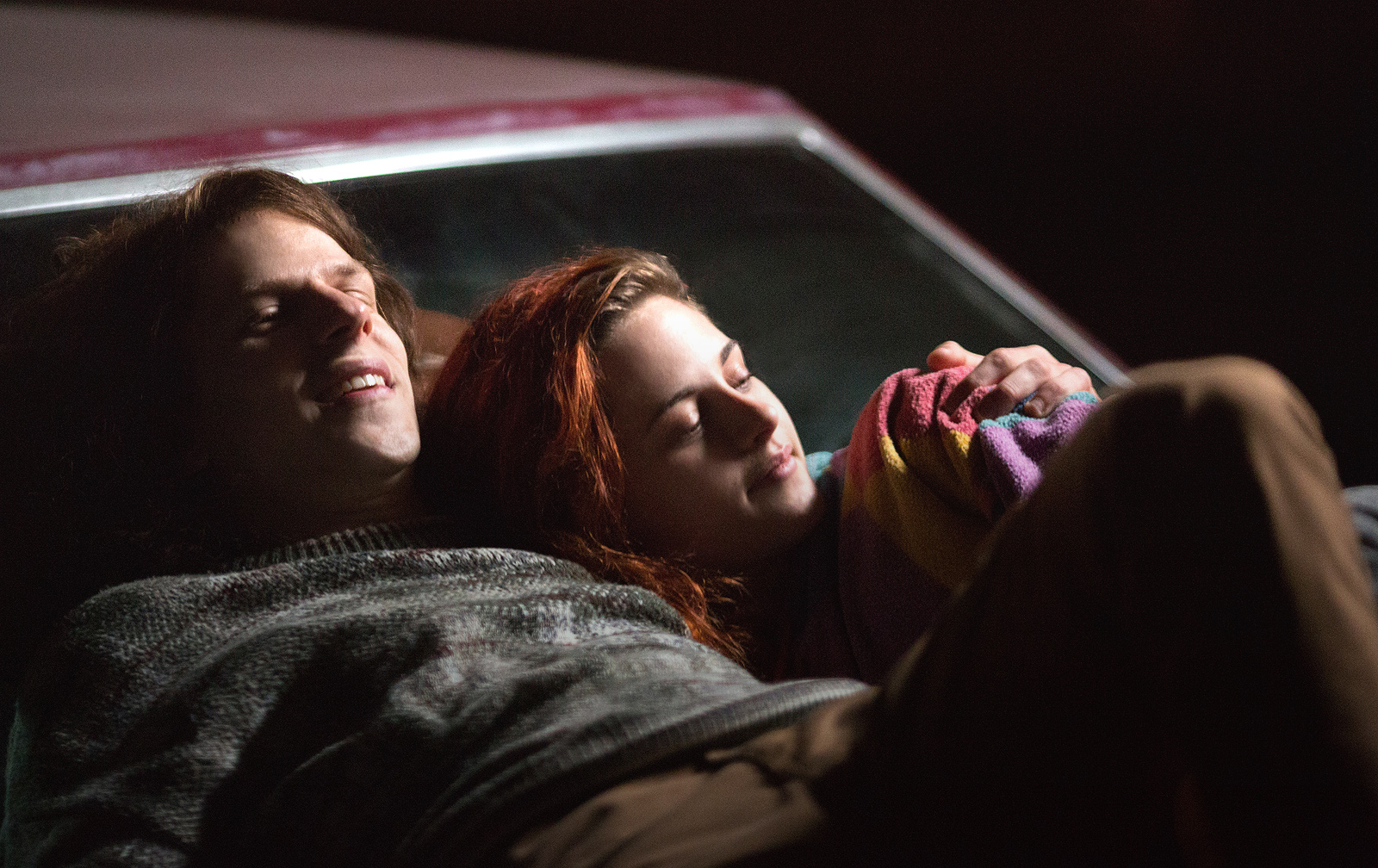 If I Die, I’m Going to Do It Stoned and Smiling in My Bed

American Ultra marks the second time Eisenberg and Stewart have worked together. If you saw their previous film, Adventureland (2009), then you know that the pair have undeniable chemistry. Like Adventureland, American Ultra‘s success is entirely reliant on that chemistry. After all, American Ultra is a fairly simple small-town love story at heart. And quite an earnest one at that. If you don’t buy Mike’s and Pheobe’s story, then there isn’t much point to the rest. Much of American Ultra‘s opening is spent examining the ebbs and flows of their life together. Menial jobs and late night snuggling occupy most of their time. A ceaseless wave of pot smoke occupies the rest. As long as they have each other, their simple-minded, tender-hearted natures seem to require little more to get by. They laugh a lot. They talk about meaningful things. And they prop each other up when the other is down.

With a rash of phobias and neuroses, it’s usually Mike who’s down. To that point, it’s Eisenberg’s performance that shines brightest. Though Eisenberg is no stranger to cinematic neuroses – it’s kind of his calling card – his American Ultra performance sees him dumping the fast talking intellect we’ve come to expect for a far more internalized performance. Mike isn’t dumb. He’s just not quick. To Eisenberg’s credit, we always see that the wheels are turning in this stoner’s head, they just turn a little slower. Once the switch is flipped and Mike begins to discover his lethal skill set, the wheels begin to turn faster – even if he isn’t exactly aware of what’s happening. Credit Stewart for keeping up with Eisenberg’s shifting performance. Understanding and steadfast in her support, her Phoebe is the ideal partner to Mike’s unraveling ball of nervy brutality. And Stewart plays the caring girlfriend part to a tee in the film’s first half. Naturally, Phoebe has secret’s too. In a movie like this, everybody does. And once those come to light, the context of her relationship with Mike changes. So too do her knowledge and skill set. But her steadfast support never wavers. The look of love and desire never leaves Stewart’s eyes for a second. And it’s always returned in Eisenberg’s foggy gaze. That desire is the only reason we care when outside forces begin to pull them apart.

It’s when those forces take hold that American Ultra begins to lose itself. The film was directed by Nima Nourizadeh who had a modest success a few years back with the clever but shallow Project X (2012). He displayed a certain flair for balancing action and comedy in that film and takes a similar track with American Ultra. He finds less balance this go around. As American Ultra shifts and escalates from small town love story to stoner comedy to Bourne-style action, Nourizadeh and Screenwriter Max Landis never seem comfortable enough in any genre to fully commit to one. In trying to satisfy all, American Ultra never finds its own identity. It isn’t sweet enough to be All The Real Girls (2003), it’s never madcap enough to be Pineapple Express (2008) and it’s nowhere near dark enough to be The Bourne Identity (2002). Somewhere in the middle there’s a great story to be told. American Ultra isn’t quite it. But it’s pretty damn close. That’ll have to be good enough for now. 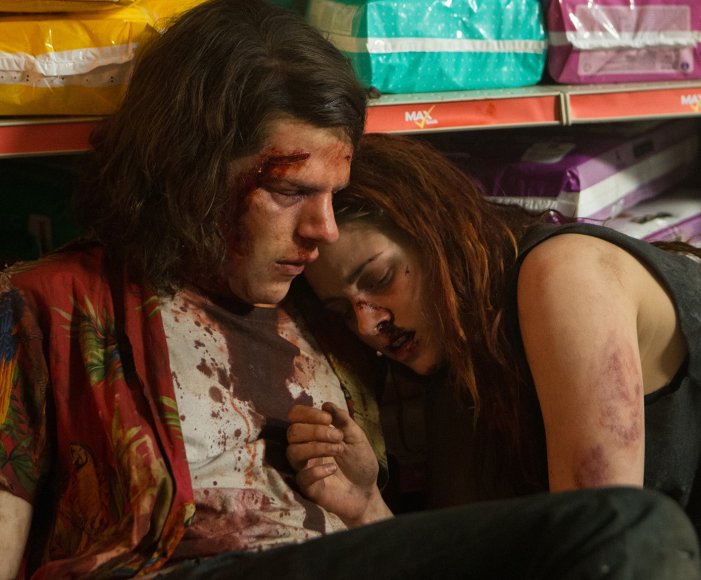 American Ultra is uneven to the point that you have to wonder whether the film’s crew was half-baked throughout the film’s production. The shifty narrative actually plays a lot like the smoked out ramblings for Mike’s space monkey story. But there’s a lot that I liked about American Ultra. It’s a great looking film with inventive action sequences and strong performances across the board. In spite of its unevenness, American Ultra is still an enjoyable film. Of course, I might feel differently had I paid movie theater prices to see it. But for $0.99 there’s little to complain about. Drop that dollar this week and get lost in the smokey, meandering world of American Ultra. Just don’t expect much more than a contact high and a fistful of hearty laughs.