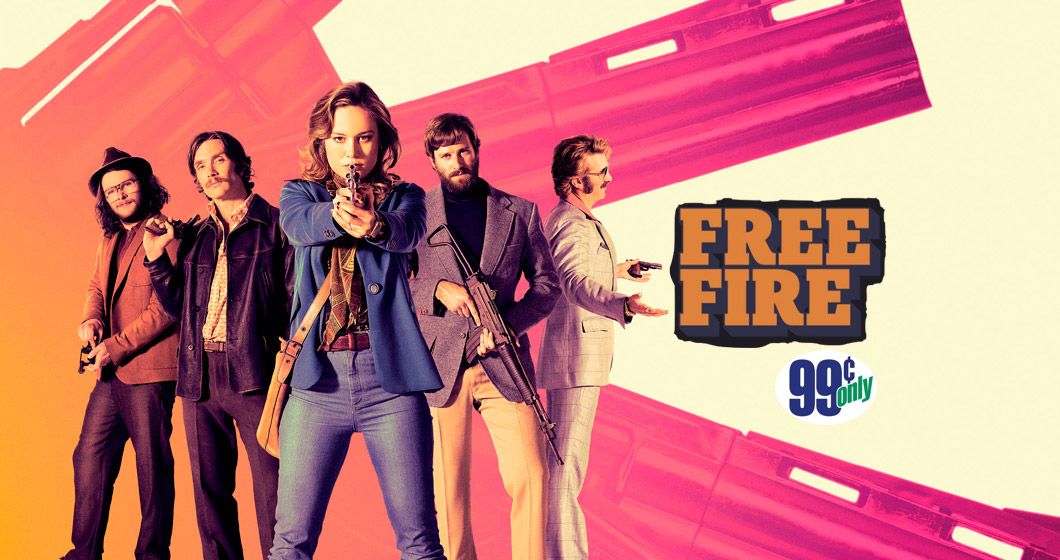 This week, dueling gangs shoot up an abandoned warehouse – and also each other – in Ben Wheatley’s Free Fire.

In an abandoned warehouse somewhere in Boston, a major deal is about to go down. One that involves a briefcase full of cash, a truckload of automatic weapons, and a gaggle of career criminals out to prove how tough they are. Those bad guys all get their chance when the deal goes south and the bullets start to fly. Who will live? Who will die? And who will walk away with that briefcase? Find out in Ben Wheatley’s bombastic, salty shoot em up, Free Fire.

You Take What You Want, Girl

Make no mistake, tough guys (and one gal) acting tough are the order of the day in Free Fire. The film is cut from the same tough guy cloth as ’70s crime flicks like Magnum Force (1973) and Death Wish (1974). Only there aren’t any good guys to be found in Wheatley’s band of thieves. Rather, Free Fire packs itself to the gills with sleazy gun runners, bean town bruisers, and a couple of no-nonsense IRA reps. The film opens like a powder keg of bad things waiting to happen. Wheatley is all too happy to light the fuse and watch the fireworks unfold.

Once those fireworks begin, Free Fire turns into one giant set piece of an action flick. Bullets whiz by, blood splatters the walls, and double crossers are themselves double, then triple crossed. And all of that comes sandwiched between the occasional bout of over the top ultra-violence. We know, that sounds very … serious. Like the gritty ’70s films that inspired it, Free Fire is often quite a sobering experience. But Wheatley sets his film apart by refusing to take matters too seriously. The Free Fire writer/director offsets the somber nature of the story with clever, quippy dialogue and an almost too giddy approach to the film’s non-stop gunplay.

What Wheatley spins from that blend is a chaotic little action flick with a cagey, comedic underbelly. Wheatley & Co. make grand and gruesome use of their guns throughout the film. Some of the more violent encounters they execute are quite hilarious. Others are quite grisly. But they all seem to mesh into the ‘anything goes’ nature of Wheatley’s script. If there’s one knock against that script – and the film itself – it’s that Wheatley never pushes the action far enough. As crazy as things do get in Free Fire, they never seem to match the potential for crazy in the film’s cracker-jack set up. As a result, Free Fire often falls short of its own maniacal ambition.

Still, the film’s cast does their all to bolster that ambition. And the film’s cast includes some of the heavier-hitting ‘not quite A-listers’ on the scene in Sam Riley (On the Road), Jack Reynor (Sing Street), Armie Hammer (The Social Network), and Noah Taylor (Almost Famous). But it’s the one lady in the mix – played with verve, pluck, and wit by Oscar-Winner Brie Larson – that imbues the film with genuine brains and bravura. Not to mention a welcome – if fleeting – sense of justice. Larson is flanked throughout by a spirited, scene-chewing turn from Sharlto Copley (District 9) and another sly, dignified performance from Cillian Murphy (Anthropoid). Add in a mischievous, menacing score from Geoff Barrow and Ben Salisbury, temper it with some inspired, period-specific pop songs and you’ve got a recipe for one wild, waggish ride. That’s just what Free Fire is. 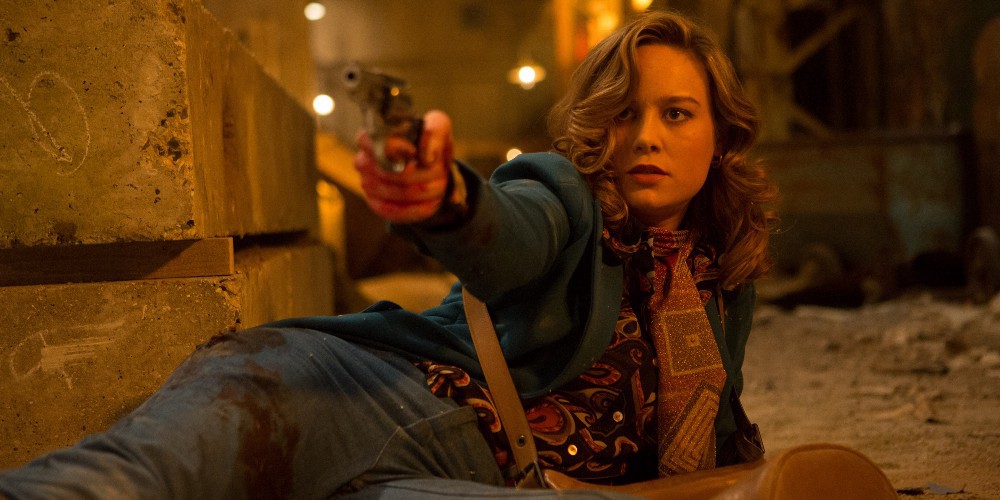 You bet. Ben Wheatley has quickly become one of the most intriguing directors working today. Free Fire may not be his strongest film – that title still belongs to 2015’s High Rise – but if you have a chance to catch any of his films for just $0.99, you absolutely should. And yes, in spite of its shortcomings, Free Fire is still a hell of a lot of fun. So sit back, turn your brain off and try to enjoy the ride.