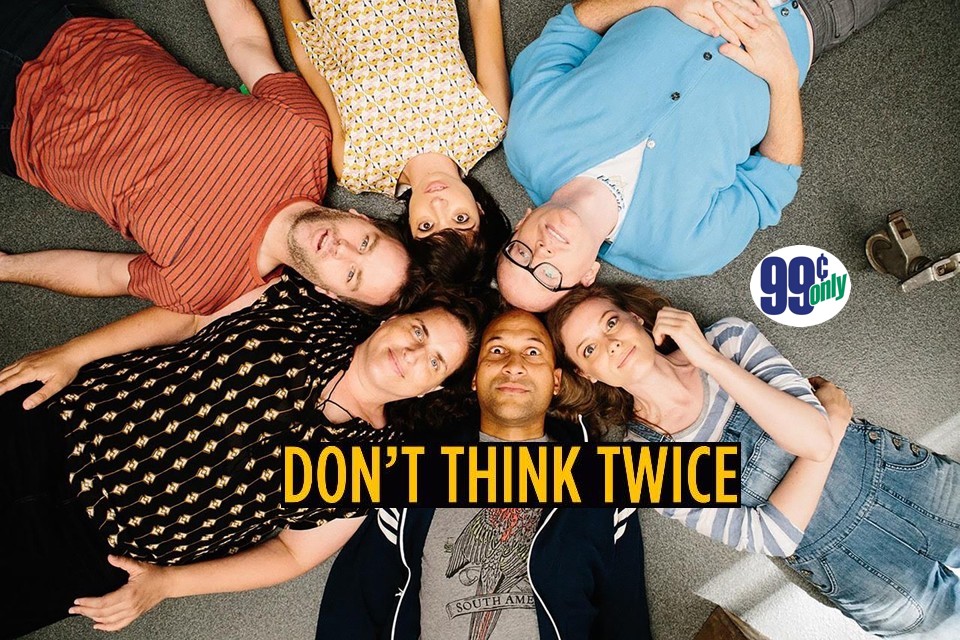 This week, a NY improv group struggles with success, failure, and life in general in Don’t Think Twice.

Did Anybody out There Have a Particularly Bad Day?

Samantha, Miles, Allison, Lindsay, Jack, and Bill are The Commune – one of New York’s most popular improv troupes. They’re a tight-knit one at that. The reason they’re so good together is because they spend so much time around each other. They live together. They play together. And they sync up onstage with uncommon grace. That last bit requires a level of trust and loyalty that makes the group feel more like a family than a collective. Like any family, theirs is not without dysfunction. Mike Birbiglia’s heartfelt and hilarious new film puts that dynamic to the test when one of their own lands a dream gig on a popular TV show. 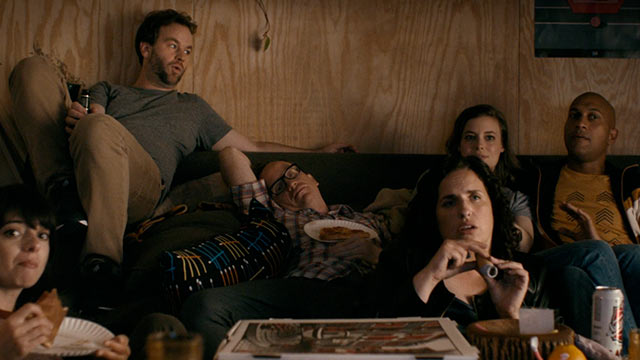 It’s About Being in the Moment

Anyone who’s watched an episode of Saturday Night Live in the past decade would probably agree that the show is not what it used to be. Some might even say that it isn’t really funny anymore. But that’s to be expected. After all, comedy itself is an ever-changing art form. Love it or hate it, SNL has always shifted with the times. It’s been the gold standard for televised sketch comedy since its first live broadcast over 40 years ago. Over that period, it’s remained one of the most coveted jobs in the world of comedy.

The lucky few who’ve found their way onto the SNL stage have generally come from two differing comedic worlds – standup comedy and improv comedy. Writer/Director Mike Birbiglia has spent most of his life on the stage. The gifted funny-man made a name for himself doing standup – he used his own experiences to give viewers a backstage pass to that world with his underrated 2012 film Sleepwalk With Me – but he’s also done his share of improv over the years. With Don’t Think Twice, Birbiglia (who wrote, directed, and stars) is pulling back the curtain on the improv world. He’s proving that he’s a unique talent behind the camera too.

Birbiglia opens the action with a montage taking us through a brief history of improv that lays out the rules and the stakes of the world we’re entering. Then it drops us right in. We meet the members of The Commune prepping for a performance. The backstage vibe is loose and energetic and rife with sly humor. Birbiglia uses the moment to lay out the group’s dynamics, but the scene also gives you a subtle glimpse at the impulsive spirit that drives their comedy. That spirit carries over to the stage where the group spins wild scenarios from audience prompts. The whole opening takes about 5 minutes. It’s hilarious. It’s immersive. And it feels completely spontaneous.

The entire film unfolds with the same spontaneous energy. It does so almost in spite of itself. On the surface, Don’t Think Twice is a common enough story. The sort where a group of friends struggle for success and struggle even more when one of them actually achieves it. That the film unfolds in the improv world sets it apart. After all, improv is based on instinct and group dynamics. If you know anything about Birbiglia’s standup or film work, then you know he’s a gifted instinctual storyteller. He knows that when a narrative relies on group dynamics, those dynamics shift the second you remove someone from the group. And once The Commune loses a member to bigger and better things, Don’t Think Twice becomes something altogether original – a complex ensemble drama with a big heart and a lot of laughs.

The film’s cast is largely to thank for that. Most directors would tell you that 90% of their job is casting. Make no mistake, Birbiglia might’ve taken that up to 100% when casting Don’t Think Twice. Sure, he wrote a beautiful, warmhearted screenplay that happens to be funny as hell. Yes, he captures the complexity of each passing moment with a captivating sense of spontaneity. But in the end, Don’t Think Twice is all about the cast.

Of course, that includes Birbiglia himself. He plays The Commune’s aging founder Miles with a sad sack pride that feels all too authentic. He’s 36 years old. He’s the poster boy for arrested development. And he’s just starting to see that every missed opportunity at this point in his life may be the last. That makes it all the more complicated for him when Jack (the marvelous Keegan-Michael Key) – Miles’ Commune partner and former student – lands a dream gig on Weekend Live! (apparently SNL did not want to participate). Jack’s new gig also upsets the balance of his relationship with fellow Communer Sam (Gillian Jacobs in a breakout performance). Not to mention the rest of The Commune crew (Kate Micucci, Tami Sagher, and Chris Gethard).

If that sounds like a lot of storyline, it is. Like improv itself, Don’t Think Twice is a true ensemble piece. Birbiglia gives every story its own time in the spotlight. Somehow, he fits them all inside of a narrative that both skewers and reveres the world it examines. In the process he crafts a tender love letter to improv itself. 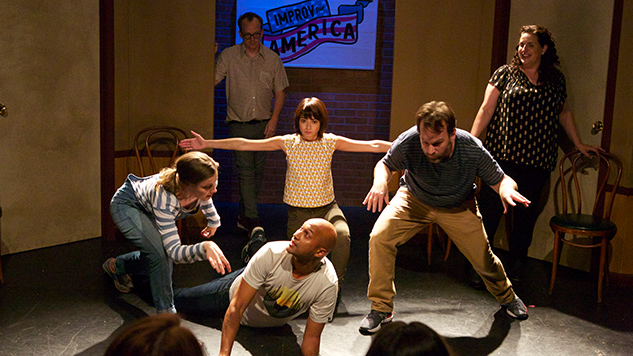 You bet. Part backstage drama and part bittersweet lament to improv itself, Don’t Think Twice manages to treat both narratives with the deference they deserve. It’s compassionate and insightful in ways that will speak to comedy nerds and novices alike. And yes, Don’t Think Twice is really funny. Admission is just a buck. So don’t think twice (couldn’t resist) about buying a ticket and taking this ride. You won’t find a more satisfying film online or in theaters this week.