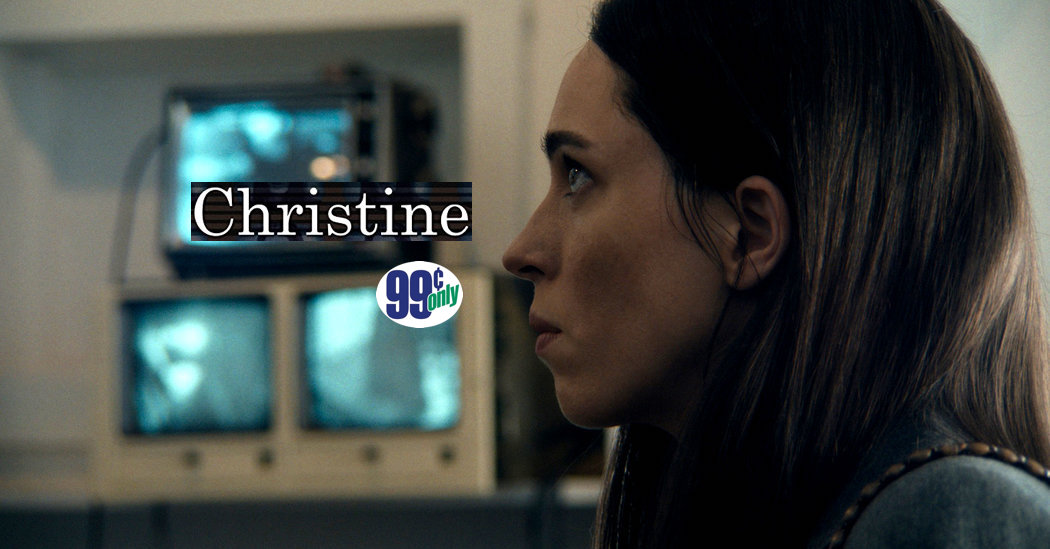 Why Can’t You All Just Listen to Me?

In the wake of an emotional breakdown, Christine Chubbuck (Hall) is back home in Sarasota, Florida. She’s single. She’s lives with her mother. And she spends her days crafting puff pieces for the local news station. With an eye on the anchor’s chair in a major network, Christine struggles to make her voice heard in the male dominated field. The pressure was just too much. The breaking point came on July 14, 1974 when Christine Chubbuck committed suicide on a live television broadcast. Antonio Campos’ haunting film Christine examines the final days of the reporter’s tragic life. 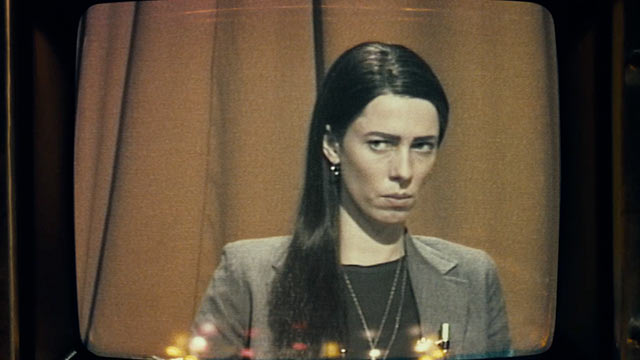 We Can All Be Quiet Now

Of course, Christine is not the first film to examine that life. In fact, it wasn’t even the only film to do it last year. Kate Plays Christine saw indie darling Kate Lyn Sheil attempt to get inside Chubbuck’s mind in a pseudo-documentary months prior to this film’s release. Kate Plays Christine took an elegiac approach to the story, blending documentary footage with stylized melodramatic inserts to create a searing exploration of an actor trying to understand her subject. Antonio Campos takes a more straightforward approach to the tragic tale with Christine. And the director crafts a taut, heartbreaking drama of his own out of Chubbuck’s final days.

Obviously, those final days were not a happy time for Chubbuck. By most accounts, the aspiring anchor was consumed by fear of failure, prone to intense mood swings, and tormented by a piercing sense of loneliness. With heavy themes like those in play, Christine is often a difficult film to watch. One breathes with unease from its claustrophobic opening to its haunting finale.

Campos amplifies that sense of anxiety through the confining lens of DP Joe Anderson. Christine is, after all, the story of a woman who felt the world closing in on her. Campos and Anderson frequently trap their subject in a tight closeup or even frame her within a frame via newsroom viewfinders or TV screens. The tactic draws you deep into Chubbuck’s unsettled mind and world and it never lets you get comfortable there. More often than not, it implores you to stick around and experience that world from Chubbuck’s point of view. That can be a dangerous way to see things. But that’s just the world that Campos and Screenwriter Craig Shilowich want to explore. The world of a passionate but disturbed young woman who just couldn’t find a way to cope with its injustices.

In spite of the film’s near stifling tension, Campos & Co. manage to paint a passionate, sympathetic portrait of their tortured subject. And Christine is a distinctively human portrait at that. One that’s full of everyday tragedies and triumphs. The balance of that humanity rests squarely on the shoulders of the film’s star, Rebecca Hall. It’s a testament to her work that we always seem to sympathize with Christine. More often than not we actually like her. Even in her darker moments we want her to succeed. We want her to find joy in her work. We want her to love. And we want her to be loved – whether that’s by her doting mother or by Channel 40’s hunky anchor (Michael C. Hall – never better).

That those joys managed to elude Christine throughout her life is the tragedy behind the tragedy. And we see that pain in Hall’s clinched jaw, her pained facial expressions and even in her imposingly stiff posture. But there always seems to be a glint of warmth and hope behind Christine’s icy persona. And Hall flips to the softer side of her character with staggering dexterity. Those fleeting moments come during a puppet show at a children’s hospital or on a first date or alone in her car singing along with John Denver. But when they come, Hall exudes a warmth and calm that makes Christine more than a memory. They make her death more than an urban legend. And they make Christine a heartbreaking human experience that you’ll not soon forget. 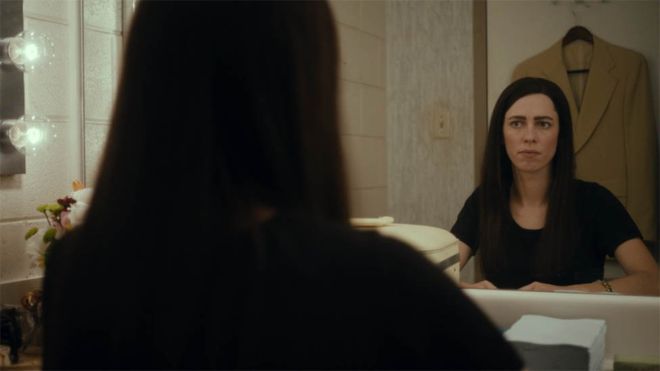 You bet. I said it earlier, but I should say it again – Christine is a difficult film. It’s anxious and unsettling. It’s intensely sad. At times it’s painfully awkward … just like the woman herself. But it’s a beautifully composed film. It shines a compelling light on one of the darkest moments in the history of broadcast TV. And it features one of the most underrated performances of 2016. It’s absolutely worth your dollar this week. It’s actually a steal at that price. So if you’re feeling a little cash rich after you rent it, think about using that extra loot to fund a double feature with Kate Plays Christine. That’ll cost you another $5. I guarantee that you won’t regret it. But just FYI – you may need to see a shrink if you watch these films back to back. Be warned