At the beginning of this year, Hulu made an announcement about a horror series they would be launching later in October of 2018. The series would consist of twelve episodes, one released each month, centered around the theme of that month’s holiday. For example, December would revolve around Christmas, January would circumvent New Years, and February would pay homage to the romantic Hallmark holiday, Valentine’s Day.

In May of this year, the title for the series was released: Into the Dark. Further information led us to discover the titles of the first and second episodes in the anthology. The first episode is titled “The Body”.

This film, the first in Hulu’s new horror anthology series, was written by Paul Davis and Paul Fischer, directed by Paul Davis, produced by Davis and Fischer with executive producer Alexa Faigen. “The Body” is set on Halloween night in Los Angeles. It targets the selfie culture that has become the new norm, and flaunts it in a way that both mocks it and idolizes it.

The first installment follows a hitman on Halloween night recruited to complete a job. The job is to kill a very popular and famous male, dispose of his body in a manner that will make a statement, collect his fortune, and disappear into the night. However, when some Halloween hooligans dampen his plan, he is offered an alternative. This alternative requires an ultimatum though, joining some young individuals at an extravagant Halloween bash. 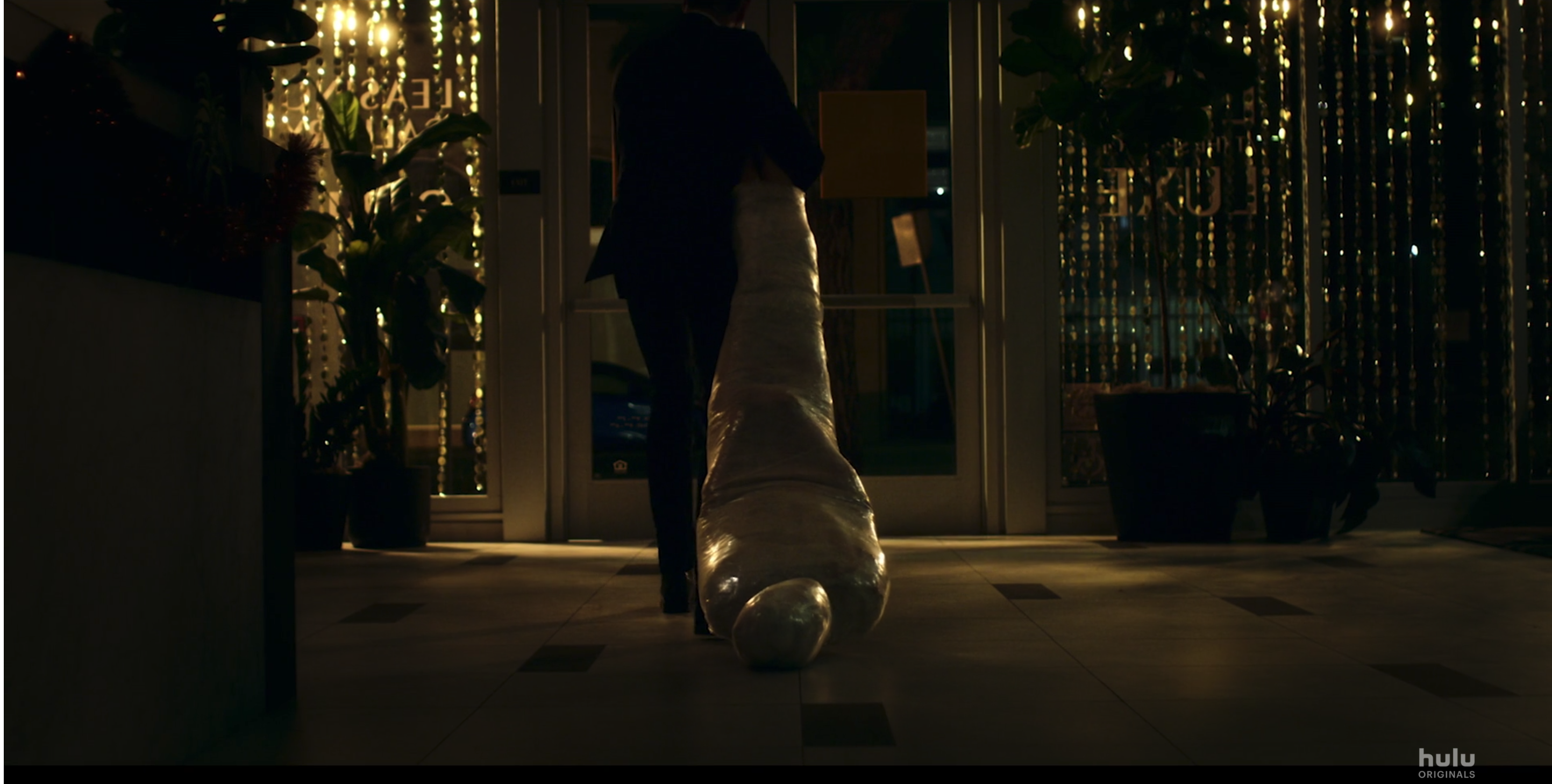 One drink turns into a night of terror, fright, and horror that had absolutely nothing to do with a fabulous costume and everything to do with everyone believing it to be a costume. The selfie culture is all about one upping others, showing why your life and experiences surpass those around you. We take selfies with people, places, things in order to show we are a certain way. If you take money in luxurious locations you must be rich and fortunate. If you take photos in a third world country with hungry children then you are a chaste advocate for non-profits.

In this instance there is a man, a hitman albeit, with zero intention of hiding who he is and what he does. He tells everyone outright that it is a body. However, those around him are so immersed and amazed at his commitment to his character that no one stops to consider that it could actually be a dead body. The main cast is a collection of new faces. Some may be slightly familiar, but none are even remotely B-list players. That is what makes this film unique in my eyes.

Did you enjoy the trailer? Find yourself wanting to make this your new binge worthy series? Head on over to Hulu to watch the episode and check in with them in November for the next installment in the series: “Flesh & Blood.”