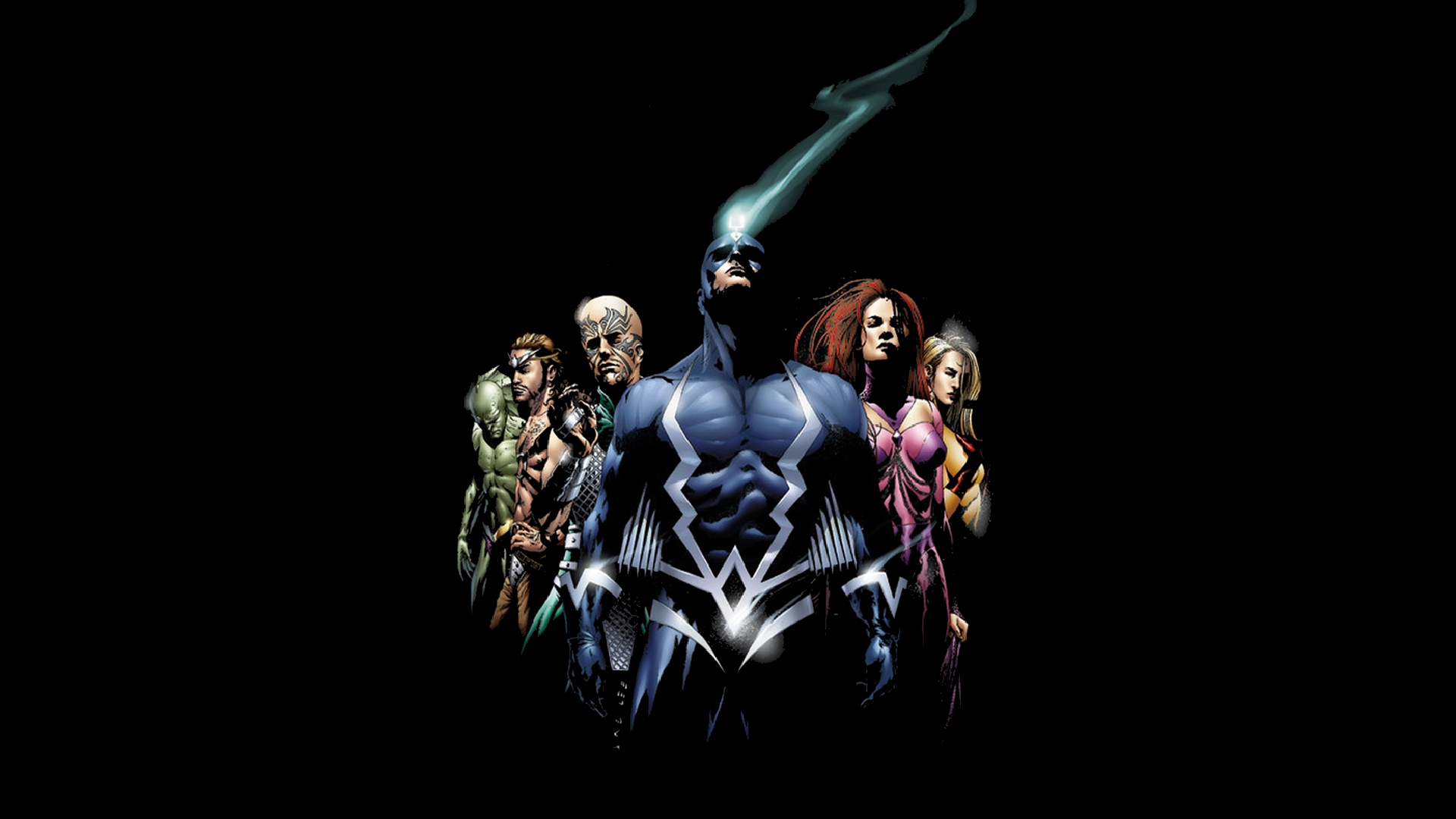 Welcome to Opening Panel, a series where we tell you the best place to start with franchise comics. This week, we’ll discuss Marvel and ABC’s newest TV series, Inhumans.

The Inhumans are a group of humans that were experimented on by the alien Kree in prehistoric times. When exposed to the substance Terrigen, they undergo a permanent transformation. They built their own society separate from the rest of humanity, sometimes on the moon. Their Royal Family is the focus of the show and most of the comics.

While reception for the show has been chilly, there are some really great Inhumans comics out there. Here’s what to read before, after, or instead of watching Inhumans. 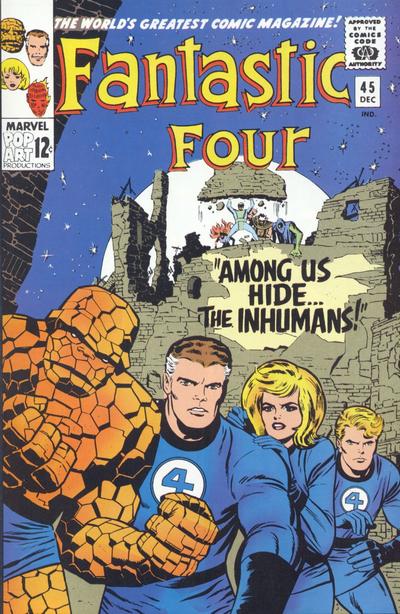 The Inhumans first appeared in Fantastic Four issue 45, although the hoofed man Gorgon appeared one issue before and Medusa, the queen with prehensile hair appeared in issue 36. Issues 41—48 are considered to be the “Inhuman Saga,” introducing the core aspects of the Inhuman characters and culture. Long story short, the silent King Black Bolt’s evil brother Maximus the Mad casts out the rest of the Inhuman Royal family.

Crystal, Medusa’s younger sister catches the fancy of Johnny Storm, the Human Torch. They fall in love hard and fast and the rest of the team get swept up in the Inhumans’ effort to save their sequestered city of Attilan and restore the proper king.. It’s proper Marvel Age magic with Stan Lee and Jack Kirby firing on all cylinders creating a most imaginative society and cast of characters.

Available digitally in one volume along with other Inhuman stories from Fantastic Four and Thor. Only contains part of issue 48, which I recommend reading in full along with 49 and 50. Together 48-50 make up the Galactus Trilogy, one of the greatest Stan Lee/Jack Kirby stories ever.

Through the lenses of both the Royal family and a group of teens, this 1998 series dealt with the inherent class issues of the Inhuman society. It was an interesting political take. Treating Attilan as a nation on earth where every person is a nuke was a great idea. Serving as a commentary on America by British writer Paul Jenkins, it’s also a coming of age story about a society where your role is directly tied into your perceived abilities. Some really cool literary-minded stuff.

Jae Lee’s art is gorgeous and the book is worth reading for that alone. He renders the inhuman beauty of the characters well and creates really interesting visuals for new characters and the minor Inhumans.

It seems to be the main inspiration for the series with Maximus manipulating a young boy’s Terrigenesis to his own gain and the manipulation of the working class.

Inhumans (1998) is available in digital and paperback. 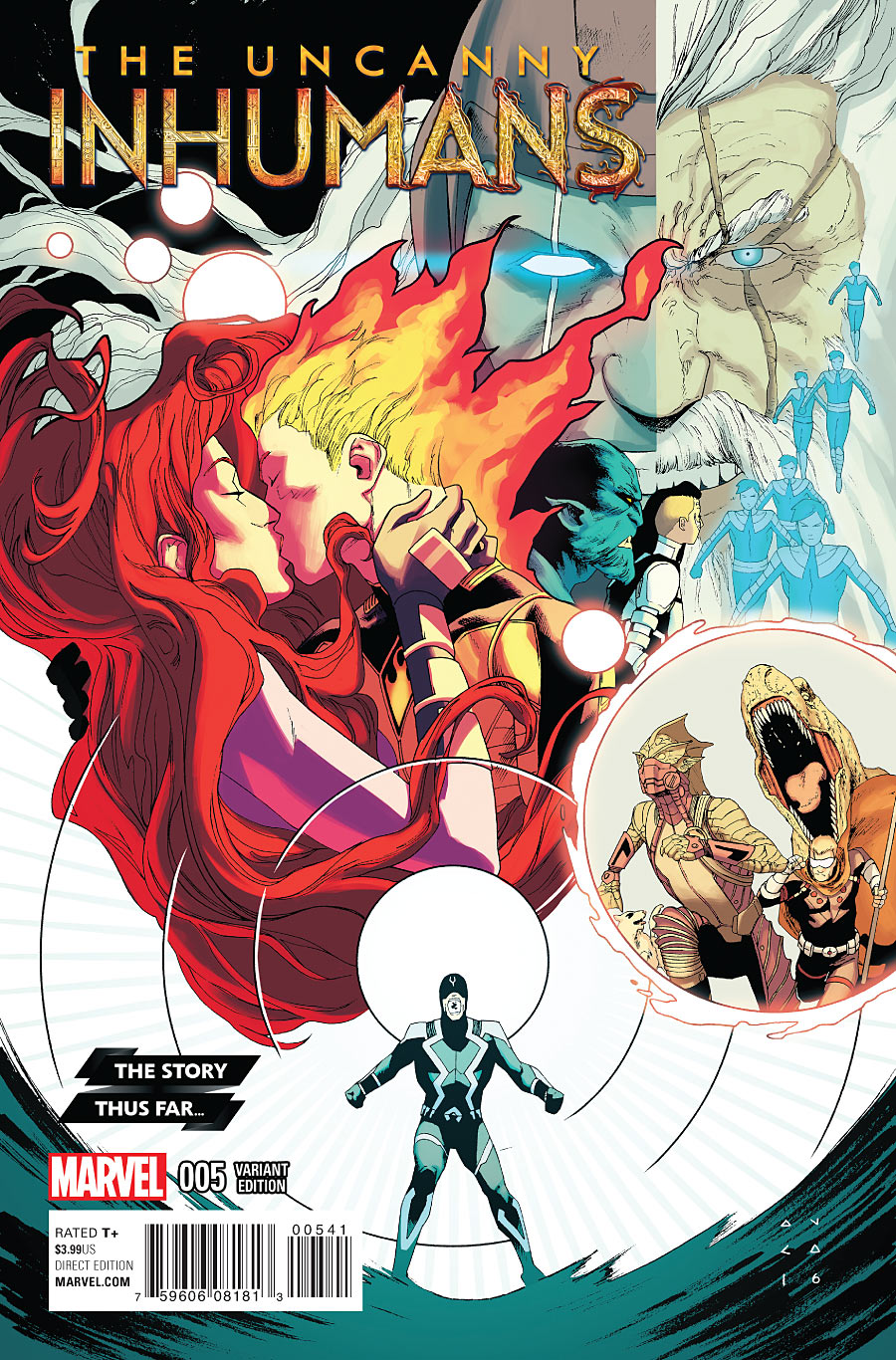 Writer Charles Soule signed on to the Inhumans in 2014 after the events of Infinity. Black Bolt released a Terrigen Cloud that swept over the entire world, creating new Inhumans worldwide.

While telling the story of these newly transformed NuHumans, Soule also created a compelling story for the royal family, including a rift between Medusa and Black Bolt that lasted for years. Under his pen, the Inhumans were integrated further into the Marvel Universe than ever before. Their home now rested in the waters around New York City. The Avengers villain Kang set his sights on them. They went to war with the X-Men. If you’re looking for current Inhumans here’s your starting point.

He wrote quite a few series, so here’s a quick reading order: 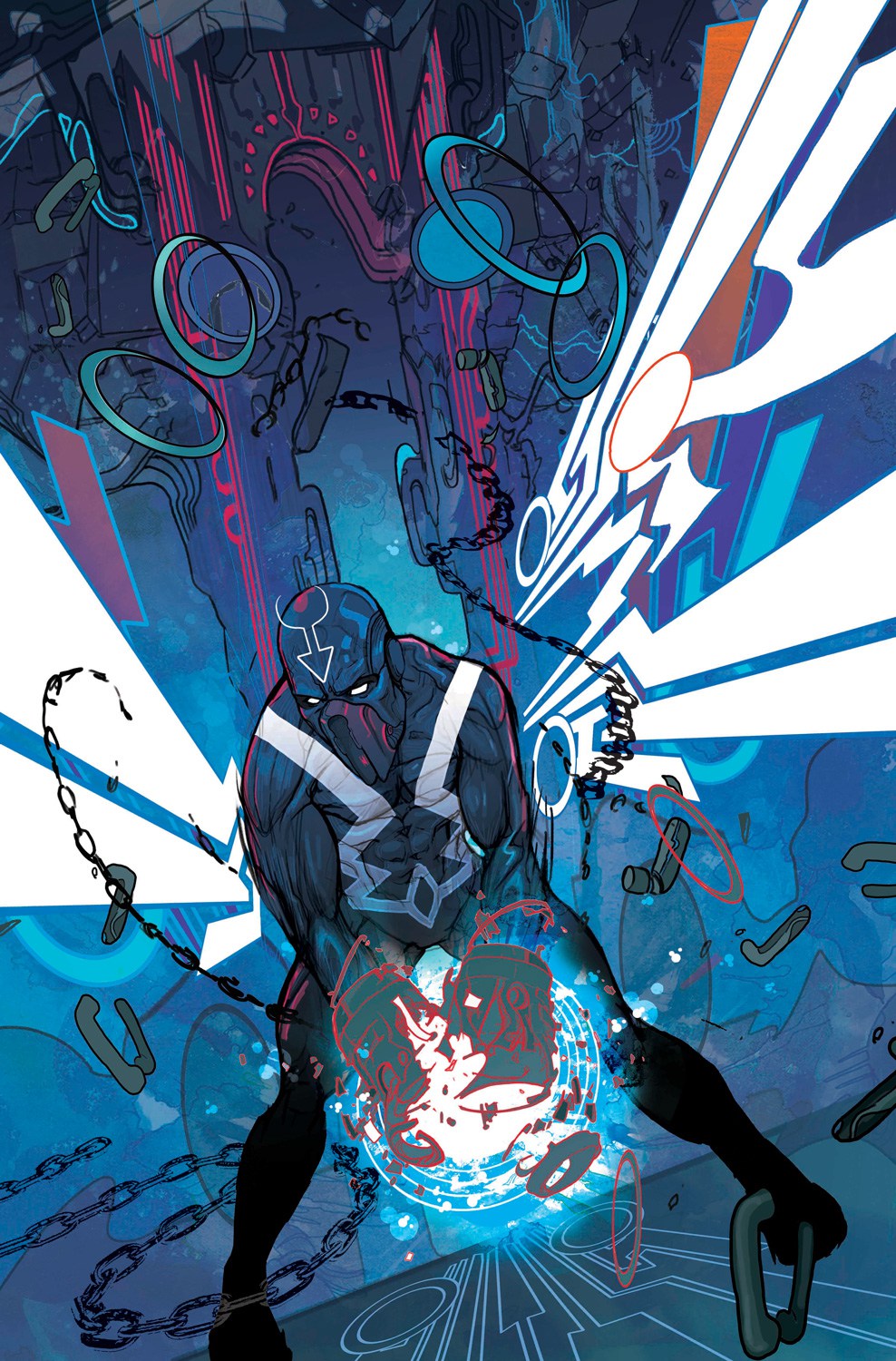 Artist Christian Ward (ODY-C) and writer Saladin Ahmed (Throne of the Crescent Moon) create the simply stunning Black Bolt solo series. The sci-fi series finds the Inhuman king imprisoned, powerless, and his only hope of escape is the supervillain Absorbing Man. This is one of the most original books Marvel is currently putting out. Available digitally and in paperback this December.

The third title launched is Once and Future Kings, a five-issue miniseries about the early days of the Inhumans by writer Christopher Priest (Black Panther, Deathstroke) and artist Phil Noto (Poe Dameron, Uncanny X-Force). It’s in the middle of the series but is getting great critical reception and is great for new readers. Every issue also has a backup feature starring the teleporting Inhuman dog, Lockjaw, by Ryan North (Romeo and/or Juliet, The Unbeatable Squirrel Girl) and Gustavo Duarte (Bizarro, Monstros!). Currently being released in digital.

That’s a lot of reading. Find the best place to start for you and dive in!