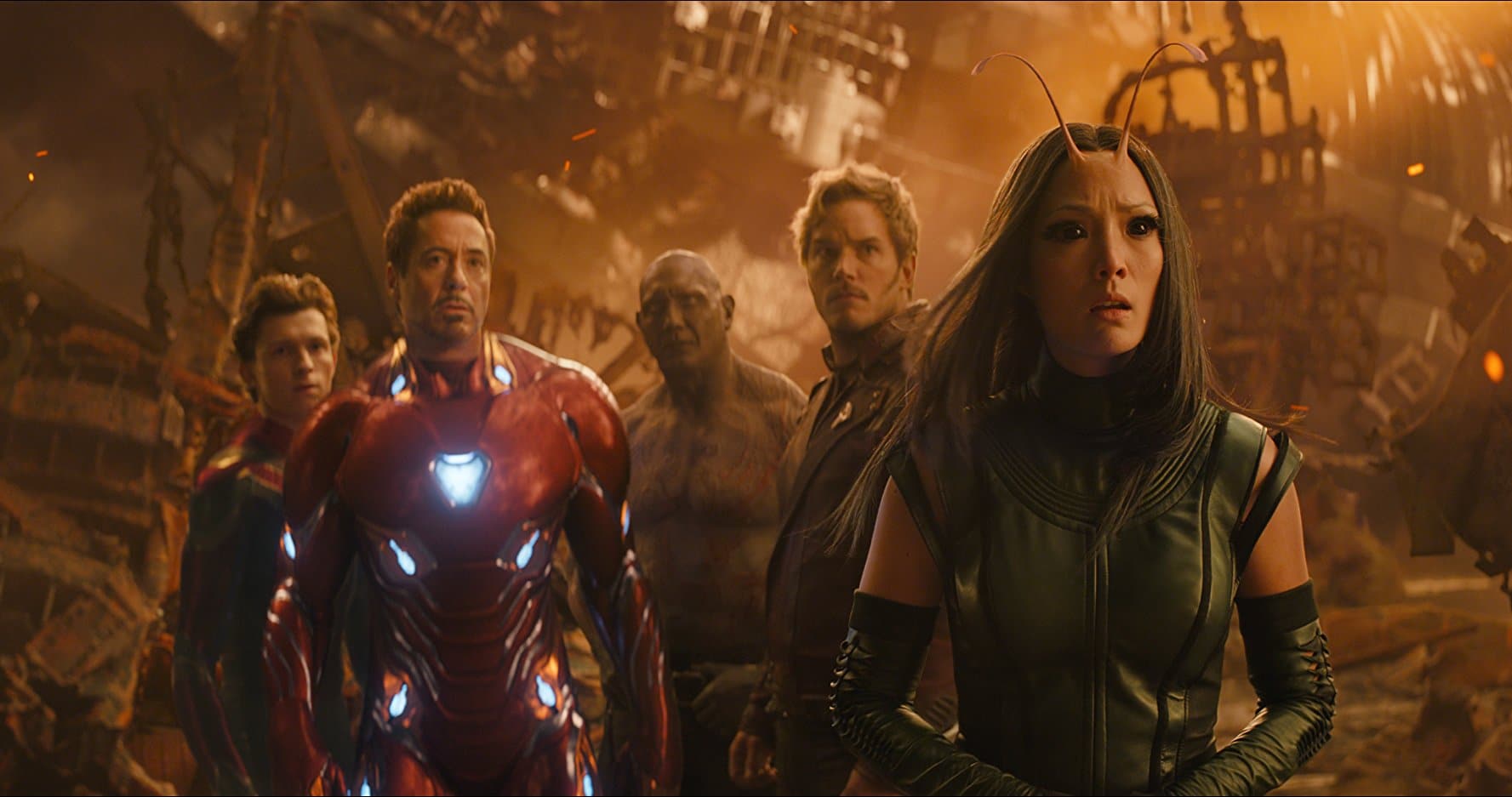 Spoilers ahead! You have been warned!

Unless you’ve seen it… or don’t care about spoilers. Just don’t come yelling at me for ‘ruining’ it for you. I’ve been ‘transparent’ on my intentions lol. So, with that being said…

WHAT THE HELL JUST HAPPENED?

I knew going into this last night that I was sure to be met with the unexpected and a breathless action-packed adventure was to be had. But I had no freakin clue just how far Marvel would go on this one. After 10 years of watching the majority of these actors embody characters oh-so-many of us grew up with and falling in love with their performances, it can be next to impossible to imagine them being played by someone else. Or not being around any longer at all.

Now I know that there’s more than a good chance that a lot of what happened in this will be undone. Heck, it has to be. But it was still quite heart wrenching to watch some of our beloved heroes disappear not unlike symbolic farts in the wind. Right off the bat we lose some Asgardians and Loki’s death broke my heart even more than Thor’s… but then again I knew from the damn trailers that Thor was set to meet the Guardians of the Galaxy gang, so I didn’t figure he was dead. There was no doubt though that Loki and Heimdall were no longer with us.

I Want It More Than Ever!

Once again Mark Ruffalo stole every single scene he was in and the ‘lover’s spat’ between Bruce and Hulk were absolutely fantastic. The MCU has got to green-light our gamma irradiated green hero in a standalone movie like pronto! Hulk has always been one of my favorite characters and what little we’ve gotten of him has only served to make me want much, much more Hulk smash’n. I really had to wonder if Hulk was actually scared of Thanos after getting his little green butt kicked. Why else would he refuse to come out when Banner and the others were in so much danger? I foresee Hulk getting even soon. I hope anyway.

We Have to Wait a Year!!

The action is almost non-stop and while I was smiling throughout the mass majority of the film, that last 15 minutes or so was downright traumatizing. Waiting a year for resolution on this one could well send some folks in search of therapy. A child of 5 or 6 next to us actually cried, and almost made me join him, when he said “Not Spider-Man!” Spidey’s parting words was lump in throat inducing enough without this mini fanboy helping it out.

The rapid fire disintegration of so many heroes was almost too much. We watched in horror as one after another of Earth’s Mightiest Heroes fell in the face of Thanos’ newfound powers and while the theater was completely silent as the credits popped up, we all knew that this definitely wasn’t the end.

Spider-Man already has a sequel in the works, so we know that at least his death isn’t permanent and there’s no way Marvel is going to axe Black Panther this early in the game. Plus, with the factor that now half of Earth, as well as the rest of the universe, is now dead leaves us knowing that there has to be some Hermonine-level time turning coming in the next movie.

Not to mention the fact that if my eyes/memory didn’t deceive me then Thanos was dumber than hell and actually left the original Avenger’s members alive! He might have smoked a ton of super superheroes, literally, but in his randomness he made a critical error. Ironman, Thor, Hulk, Black Widow, Captain America, and hopefully Hawkeye (he is listed for the sequel and since we didn’t see him die I think it’s safe to assume he will be in on the revenge) are going to be super po’d and looking for payback. Along with a way to turn back the clock.

Can They Save Everyone?

We definitely can’t count on Marvel bringing back all of the characters. In fact, I’m thinking it’s likely a good spot for them to ‘reboot’ or ‘reimagine’ some of the characters. It looks like Carol Danvers, AKA Captain Marvel, will be joining the MCU and while I would hate to see someone else take over as Cap, having Sebastian Stan, aka Winter Solider, take over the mantle could be a very nice direction if done correctly. But who will be left dead? At least for the foreseeable future? That’s anyone’s guess at this point.

Groot’s parting words, which I found out after viewing last night, and leaving Rocket alive with those words burned into his memory along with our remaining heroes is only certain to mean there’s a whole lot of pain in Thanos’ future.

However, in the future Marvel might consider having grief counselors on hand when they do this kind of thing to us. Or a hotline at least…

“MCU Crisis Line… how can I help you?”