Home NewsEntertainment ‘I Spit on Your Grave’ Collectors Edition Blu-ray Out Today!
EntertainmentFeaturedNews

‘I Spit on Your Grave’ Collectors Edition Blu-ray Out Today! 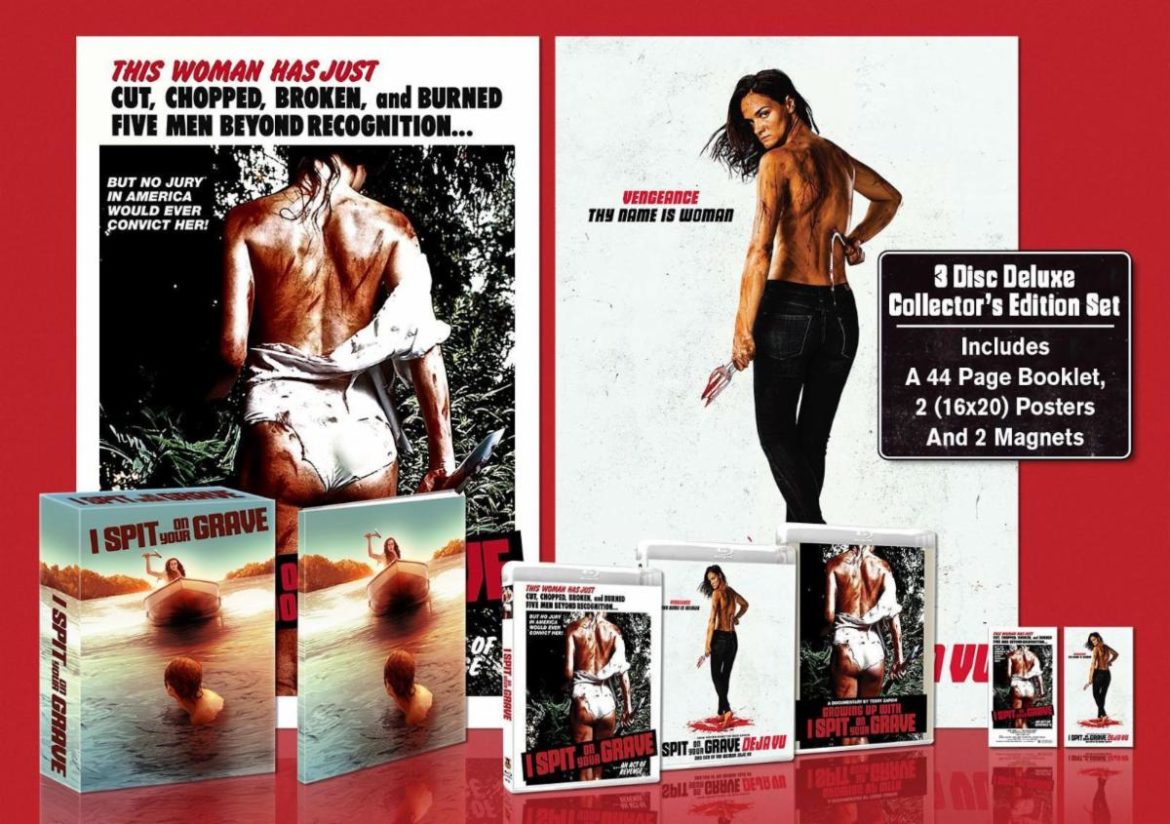 onin Flix is pleased to commemorate one of the most controversial feature films of all time with a new 3 disc Collector’s Edition I SPIT ON YOUR GRAVE Blu-ray Box Set just in time for the holidays. This box set features a new 4K scan and restoration of director Meir Zarchi’s 35mm original camera negative of I SPIT ON YOUR GRAVE, along with a newly restored original mono soundtrack. Additionally, this box set includes I SPIT ON YOUR GRAVE: DEJA VU and, for the first time on Blu-ray in North America,GROWING UP WITH I SPIT ON YOUR GRAVE, plus a collection of special features including a new location featurette hosted by writer Michael Gingold, new cast interviews and deleted scenes, an exclusive making-of featurette, rare and behind-the-scenes photos from the set, home movies, reversible cover art (I Spit on Your Grave only) and more.
Also included is a newly commissioned 44 page booklet featuring exclusive historical photos and liner notes by horror writers Michael Gingold and Meagan Navarro, plus 2 fold out mini-posters and 2 replica VHS box-style magnets – all laid to rest in a deluxe custom slipcase with original and newly commissioned artwork by Adam Stothard.
Ronin Flix is proud to present this commemorative box set as its second release, following a highly praised first release of HARDWARE. The 3 disc Collector’s Edition I Spit on Your Grave Blu-ray Box Set will be available for pre-order exclusively on roninflix.com beginning September 24, 2020. The initial print run will be limited to 5,000 copies.
“It’s about the strongest “Take Back the Night” statement ever made. She doesn’t just take back the night.
She takes back the night, the morning, the afternoon, and steals the clock while she’s at it.”
– Joe Bob Briggs, Film Critic “The Drive In”, AMC Shudder
Named as one of the most ridiculously violent films in history.
– Time Magazine
Check out all the great stuff included in the ‘I Spit on Your Grave’ Box Set
0 comment
0
FacebookTwitterPinterestEmail

You’re Seriously Spending a LOT of Time on Your Phone