Hypothesis: ‘Knife+Heart’ – I Think I Know Who Did It… 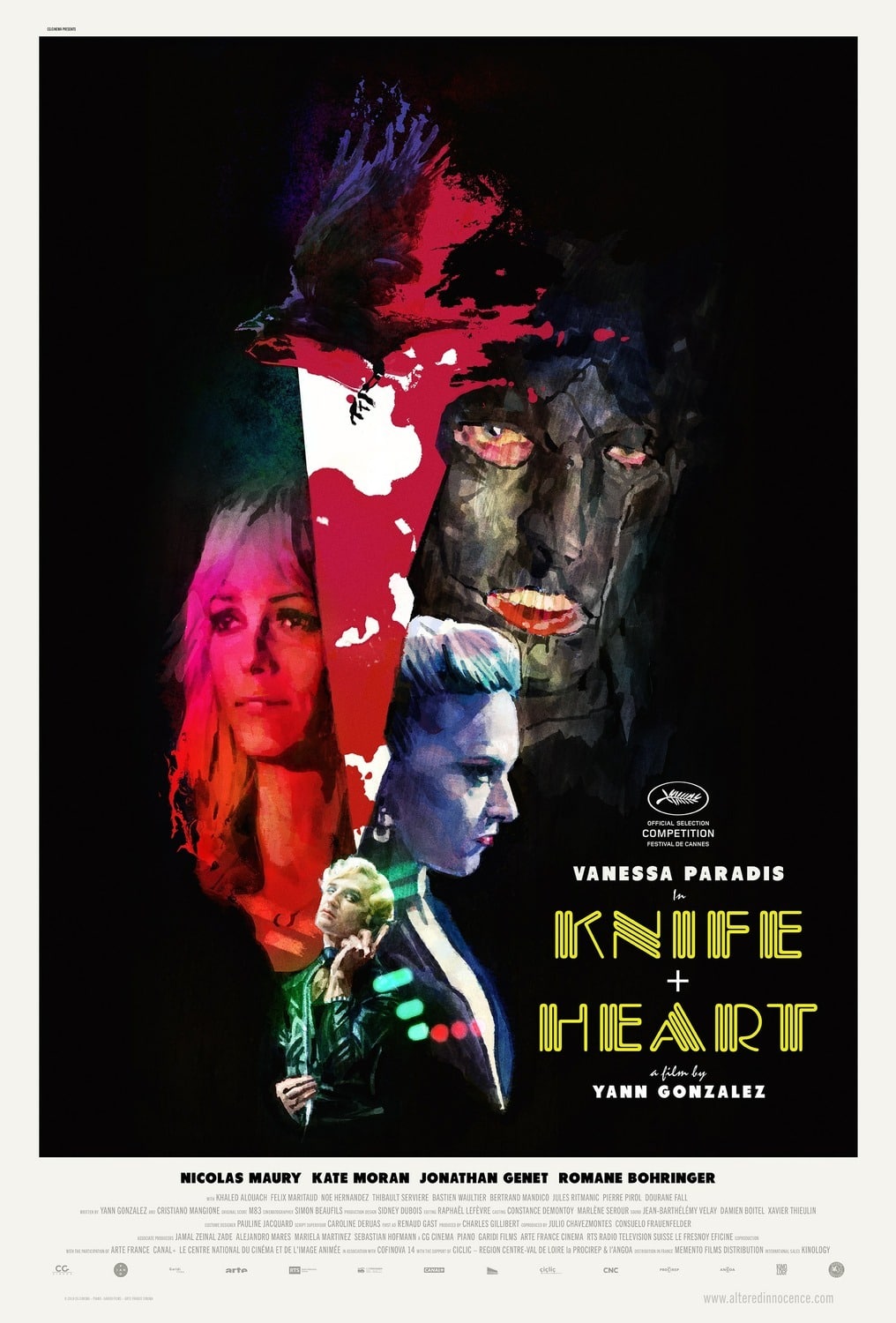 Hi, my name is Kelly and I like to watch movies. Often of the horror persuasion, but I am open to the entire spectrum of genre living. If there is one thing I enjoy more deeply than a good film (or a bad film, let’s not be hasty) it’s spending a long, fruitless evening, waffling to no avail about which exact movie to watch. I see a cover I like, hear a name I’m into, but then am worried that I’ll spend two hours dedicated to something I won’t be into, so I then have to read an entire Wikipedia article about it, investigate three secondary sources, drink two glasses of wine, listen to half a podcast in the background and eventually realize that it’s bedtime and I have watched exactly none movies. I know this sounds like a super fun way to spend an evening, and you’re not wrong, it’s got it’s perks.

But I’ve got this Shudder subscription and would, on occasion, like to actually watch a movie to completion. In pursuit of this, I propose a little experiment for us, you and I, old chum. On Tuesdays I will pick a movie from Amazon Prime or Shudder at absolute random-one I know nothing about other than how appealing its thumbnail is. I will watch the trailer, but read no blurbs or synopses. I will then report back to you what I think the movie is about, based solely on the trailer. And then on Wednesday nights, I will, god willing and that creek don’t rise, watch the movie from tip to taint and see how right (or, let’s be honest, more likely wrong) I was, and tell you all about it on Thursday. It’s a win-win! I see some movies, and keep myself humble. I’m jazzed and I hope you are too.

We’re going to start this very week, this one we are living now, with Knife + Heart. I’m pushing play on the trailer…now. See you in 2 minutes and 7 seconds.

Well, the chaotic neutral news is that it’s au francais, so I will not be able to allow my mind to wander (as it is sometimes wont to do) while I watch. I will be reading the whole thing. Other than that, it’s giving some pretty intense Fulci-Bava giallo vibes, and let’s be frank, no lies between us, I’m way into that. As near as I can tell, Knife+Heart is about a blonde woman – who I would bet my bottom dollar DID IT, all of the its, the thems even – who produces? Directs? Writes? Let’s just go with makes homoerotic porno films. Did not know this going in, but apparently we can count on this little experiment having a hard R rating. I can’t say I’m surprised. Anyway. Her actors keep getting murdered and she begins to make her films mirror that. And also, she definitely did it. She has to have, right? Her motivation is absolutely unclear though. I’m going to guess that it’s an attempt to transition into more mainstream movies, like dark prestige pieces. I am also prepared to put even money on her blurring the line between reality and fiction – that’s always happening in these dreamy, neon art films. If that sounds judgmental, I don’t intend it as such. I am here for that sort of pretension.

In keeping myself honest, I am not going to look up anything about this film until I’ve actually watched it. This is an astounding challenge for me; I live my life for spoilers. Almost compulsively. And I’m intrigued! Also, the movie has a kind of distinct look from the trailer, that reminds me of Berberian Sound Studio and I’m really curious about whether there is some overlap in creative team, but if I look that up, I’ll look up the ending and then…well, I’ve already explained the process. So. Until Thursday…I will keep myself honest and stay off the boards.

‘Archer: 1999’ Shows Us How Archer Really Views His Coworkers–Especially Cyril

What Should You Look for in Product Management Software?

This is a brilliant concept!!! I love it!!! She should be a guest on the Coming Soon Cast!