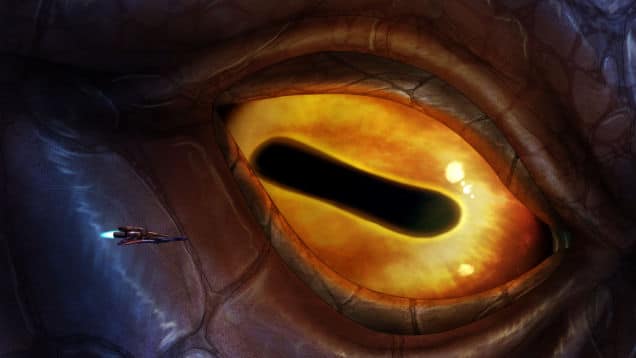 Since Archer decided to put its eponymous lead character in a coma three season ago, we’ve seen essentially the same show play out in multiple Archer universes (some more interesting than others). Of course, major thematic changes are nothing new for the show as even a couple of the seasons that take place in the original Archer universe take the characters out of the spy business and make them drug dealers or private detectives (and not particularly good at either).

But what we tend to forget about the “coma seasons” (for lack of a better label) is that all the action is taking place in Sterling Archer’s subconscious mind. Not to get too Freudian (although I’m sure Freud would have a field day with this group), but you could argue that what we’re seeing represent what Archer actually thinks about his coworkers. And while the patterns change from season to season (i.e., from coma dream to coma dream), the basic characteristics of each person stay basically the same, and they don’t stray too much from what we see in the first few seasons. But they manifest themselves in different, larger-than-life ways.

As we’ve discussed previously, Archer: 1999 may be the closest thing we’ve seen to the original Archer formula since the shooting at the end of Season 7. But it’s still interesting to see what Archer (or at least his subconscious) thinks about the others. For example, his mother is still very controlling, but in this universe she can literally morph into a non-corporeal form, which might say something about her lack of substance (or it might just be the fact that the only solid food items in her diet are the olives in her martinis).

By the same token, Lana is still overly critical, but she and Archer are still hopelessly attracted to each other (and they’ve actually been married here). Cheryl and Ray are basically as you might expect. And even though Pam is a huge non-human creature, she’s like the real Pam in that she just wants to be liked (but apparently this one also wants to be a captain).

Cyril is also portrayed just as you might expect coming from the mind of Archer: inept, cowardly, and easily manipulated. And, in what’s kind of a so-so episode in terms of goings-on, “Dining with the Zarglorp” shows just how pathetic Archer apparently thinks Cyril really is.

The story itself is typical Archer stuff. Archer does something impulsive that puts everyone in danger, everyone runs around yelling at each other for awhile, and then Archer saves the day. In this case, the ship ends up in the digestive tract of the Zarglorp, a large space creature that seems to have made wandering spaceships a substantial part of its diet. There they run into Glenda Price, a fellow space traveler whose ship has also ended up on the Zarglorp’s menu, only her crew have all committed suicide and taken turns being eaten by their shipmates.

As it turns out, some of the suicides seem to have been a little less than voluntary. Price has gone a little crazy since being eaten, and she seems to have a knack for convincing people to kill themselves (and if that doesn’t work, a swift blow to the back of the head usually does the trick). Archer and Lana eventually convince her to blow up her ship (with her still on it) so the Zarglorp can expel the Seamus from its system, so everything ends well for our heros.

But Cyril almost ends up dead, and it’s because Price tells him he should kill himself for the sake of the survivors. And the sad part is that, at least for a brief moment, he really believes it’s the right thing to do. Would the real Cyril have listened to Price? Probably not. But that tells us that maybe, on some level, Archer doesn’t think Cyril deserves to live.

Or maybe Archer really sees Cyril as a threat? Archer may seem like he has everything together and fears nothing, but we’ve all known people like that who, deep down, were the most insecure people in the world, and all the bravado was simply to keep anyone from finding out how scared they really were. Maybe that’s Archer. Lana does tell him he was always going to die alone, so maybe he really thinks that.

Or, once again, maybe I’m overthinking all of this in a really big way. Wouldn’t be the first time.