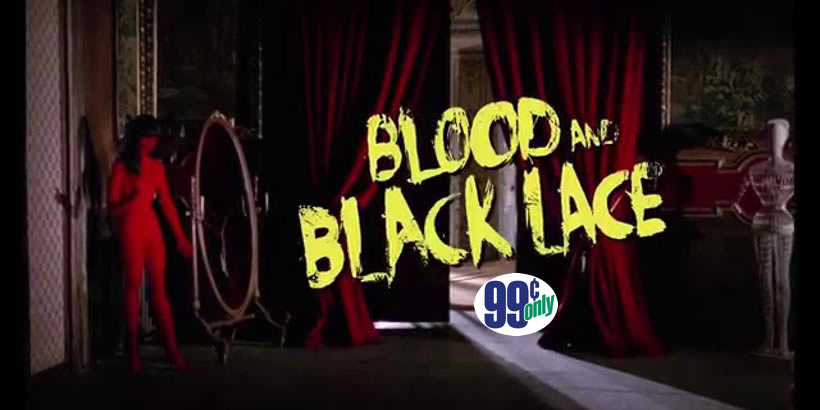 Ok, the featured $0.99 movie this week is a stunner of a biographical/boxing/prison drama by the name of A Prayer Before Dawn. It’s brought to you by the marvelous folks at A24 Films, and it’s absolutely worth your dollar this week if you’re so inclined. The only reason I’m not reviewing here is because it’s finally October dammit, and that means it’s officially spooky movie season. Seems the team at iTunes Movies agrees, ’cause they’ve dropped a bevy of killer horror flicks into the “Movies You Might’ve Missed Section.” So …

Perhaps the Sight of Beauty Makes Him Lose Control

When a masked killer brutally murders a model from a famous Italian fashion house, everyone is a suspect. Was it the jilted, cocaine-addicted lover? A jealous model friend, or a backstabbing roommate who owed her money? Or perhaps something more sinister is at play in the house of Countess Christina Como (Eva Bartok). Find out in Mario Bava’s bloody, game-changing horror thriller, Blood and Black Lace. 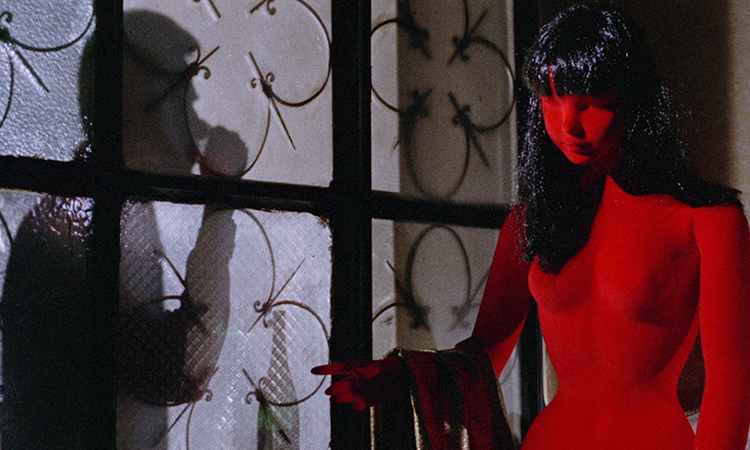 It’s common these days for filmmakers to rant and rave about how this movie or that director influenced their work. For horror filmmakers in particular it’s a lot of fun to hear what and from whom they draw their inspiration … if only because the list of iconic horror films and directors is significantly shorter than more traditional genres. One of the names you’re certain to hear when horror directors start talking about influences is that of Mario Bava. And one of the movies you’re likely to hear them talk about is Blood and Black Lace.

There’s a reason for that. With its hyper-stylized photography, its bold use of color and lighting, its masked (and gloved) killer on the loose setup, and its unabashed sexuality, Blood and Black Lace proved to be a torch-bearing effort for what horror would become in the decades that followed. Not only that, the film almost single-handedly gave birth to the vaunted “Giallo horror” sub-genre popularized and perfected by fellow Italian Dario Argento (Suspiria, Inferno, Deep Red) throughout the ’70s and ’80s. As such, Blood and Black Lace has essentially influenced every single horror film that came after it … particularly in the “slasher film” subset.

As if groundbreaking style and a seemingly eternal influence over the horror genre weren’t enough reason to watch Blood and Black Lace, you should also know that it’s also a hell of a good movie. One that finds Mario Bava taking what’s essentially a rather straightforward “whodunit” mystery and styling it into a clever, if unexpectedly savage tale of moral bankruptcy in the world of high fashion. That tale is driven by lust and lies and blackmail and drugs, not to mention clueless cops, self-centered models, the sleazy gents they make time with, and, of course, an ever-increasing trail of brutalized bodies to keep them all on edge.

And make no mistake, Blood and Black Lace is nothing if not an edgy, first-rate little thriller that ratchets up the tension from its eerie opening moments straight through to its shocking finale. Carlo Rustichelli’s daring original score – which teeters seamlessly between jazzy, eerie, and sexy throughout – plays a big role in establishing the film’s relentless tension, but it’s Bava’s devotion to mood – coupled with his skillful execution, steady pacing, and relentlessly unflinching gaze – that really keeps the entire enterprise on edge.

A quick note on that gaze. Blood and Black Lace was produced in 1964, so yes, the film suffers a bit from the perpetual genre problem of the “male gaze.” But before you get too worked up about the sexual politics of “the gaze,” you should know that Bava was clearly aware of the potential pratfalls that accompany it. As such, Blood and Black Lace slyly undercuts the issue with a surprisingly ahead of its time third act twist. That keen sense of awareness is just one of the many reasons Blood and Black Lace was has been viewed as such a trailblazing film in the years since its release, and it’s a big part of why it’s still such an important piece of work.

You bet. Blood and Black Lace may not hit all the blood and gore and jump scare notes that have come to define the genre over the decades, but what it may lack in traditional horror tropes it more than makes up for in style and ingenuity. Don’t fret, slasher fans, the film is also far more brutal than pretty much anything that existed in 1964. If you count yourself a true horror guru, or even just a die-hard devotee of Giallo-style cinema, Blood and Black Lace is a landmark film, and an absolute must see. Count yourself lucky you can see it for a paltry $0.99. Also, did we mention that this new digital release was culled from the film’s original negatives, and is presented here uncut for the first time since its release? ‘Cause it is.